Cannes Film Festival 2015: The Year of Females in Film 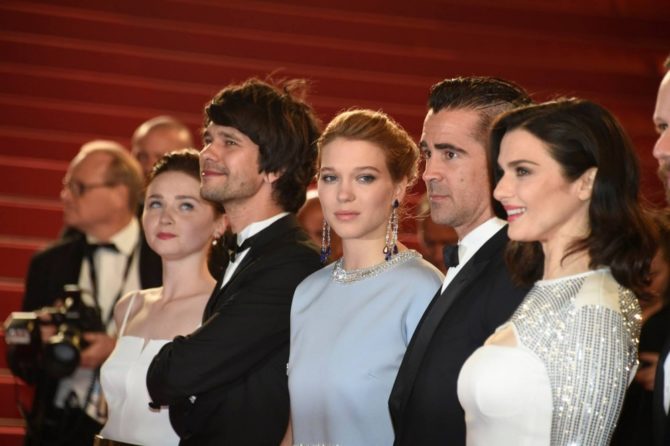 Across the ocean from Cannes, France, the American musical comedy Pitch Perfect 2 blew its opening weekend box office competition, the testosterone-fueled Mad Max: Fury Road, out of the water with its 70 million dollar opening.

It is the highest-grossing musical film ever made, and the film was written and directed by women. It also stars a mostly female cast. This film – alongside many others like Bridesmaids and Frozen – continues to prove the strength and might of female-driven films.

Two days before Pitch Perfect 2’s smashing debut, the 68th annual Cannes Film Festival kicked off on May 13 with the typical excitement and fervor that the festival elicits from the film community. The lineup commenced with Standing Tall, which stars French film icon Catherine Deneuve.

The festival concluded on May 24, and many of its most talked-about films were female-driven films like the Amy Winehouse documentary (Amy), Natalie Portman’s directorial debut (A Tale of Love and Darkness), and Carol. Variety’s international correspondent Elsa Keslassy reported for the outlet: “Girl power seemed to be a theme on and off the red carpet.”

The Winehouse documentary, Amy, was one of the most anticipated films of the festival. It was directed by BAFTA award-winning Asif Kapadia, who is best known for his films Senna and The Warrior. Amy is expected to do big business when it is released this July.

Variety film critic Guy Lodge reported that the film is a “…factually exhaustive, emotionally exhausting documentary…this lengthy but immersive portrait will hit hard with viewers…” As is widely known, Winehouse died at age twenty-seven, due to substance abuse issues. Winehouse won countless awards for her singing and songwriting, and she was the first British female musician to win five Grammys. She is still regarded as one of the most talented songstresses of her generation.

Another film that captured the intrigue of festival goers was Carol, starring Cate Blanchett and Rooney Mara. In this lesbian drama, the women’s romantic relationship plays out onscreen in performances hailed by critics. Blanchett and Mara are both known to tackle challenging roles, for which they deliver top notch performances; and this film is no exception. The Weinstein-produced film is based off a novel by Patricia Highsmith. There is already Oscar buzz for Blanchett’s performance (she recently won an Oscar for Best Actress in 2014 for Blue Jasmine).

For Carol, one award is already in the bag. Mara nabbed a Best Actress award at the festival, which was shared with French actress Emmanuelle Bercot, due to a tie determined by judges.

Pixar’s Inside Out offered fun festival fare, as did the film adaptation of the classic French children’s book by Antoine de Saint-Exupery, Le Petit Prince.

Another film with big buzz is Ron Howard’s new project, The Fifth Beatle. The documentary features a look at those famous Fab Four from Liverpool and their manager Brian Epstein.

Dheepan was awarded the Palme d’Or, the festival’s top honor. The film, directed by French director Jacques Audiard, is about refugees from Sri Lanka who live in Paris. The primary language in the film is Tamil. “We all thought it was a beautiful movie,” said Ethan Cohen. The festival’s jury was helmed by filmmaking sibling team the Cohen brothers (O Brother Where Art Thou, Fargo, Bridge of Spies).

The honorary Palme, an award previously given to Woody Allen and Clint Eastwood, was presented to the first ever female recipient, director Agnes Varda.

The Grand Prix was taken by Son of Saul, a Holocaust film that marked the directorial debut of Laszlo Nemes from Hungary.  Best Director was awarded to Hou Hsiao-hsien for The Assasin, a martial arts move set in China. Vincent Lindon won Best Actor for Measure of a Man.

Anne McCarthy is a member of the Soho Theatre Writers Lab in London, the author of Big Macs in Paris, and is a contributing writer to the Second City Network, Bonjour Paris, France Today, and the Wells Street Journal . She lives in New York City, where she is writing her forthcoming London memoir.

Anne McCarthy is a contributing writer to The Telegraph, France Today, and The Second City Network, and is the author of the memoir "Big Macs in Paris." She lives in New York City.