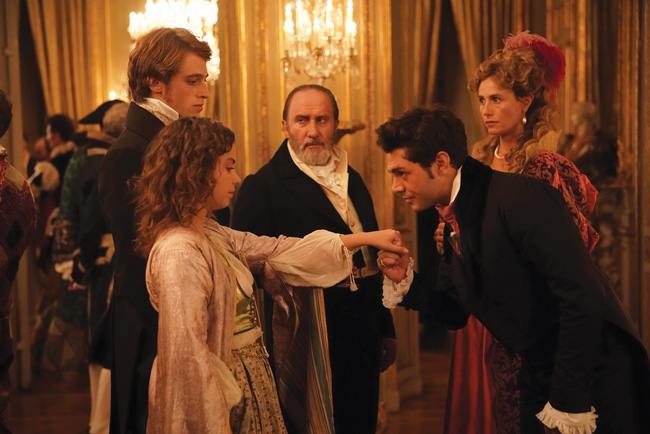 In 1821, Lucien de Rubempré (Benjamin Voisin) arrives in Paris as a sensitive and idealistic young poet determined to write a reputation-making novel. Instead, he finds himself swept into the world of journalism, whose influence and reach is booming with the help of the printing press, widely available of late.

Under the mentorship of editor Étienne Lousteau (Vincent Lacoste), Lucien agrees to write rave theatre reviews for bribes, achieving material success at the expense of his conscience. With this sweeping, sumptuous adaptation of one of Honoré de Balzac’s greatest novels, Xavier Giannoli crafts a contemporary tale of corruption amidst an early form of ‘fake news’. It’s astonishing, really, that Balzac’s takedown some 200 years ago of the world of corrupt journalism was quite so avant la lettre. And alongside corrupt hacks, it turns out Restoration Paris had just as many influencers and trolls as we do today. Plus ça change, as they say.

Raunchy, romantic and at points very funny, Balzac’s world is brought brilliantly to life by an all-star cast that includes Gérard Depardieu (on particularly fine form), Jeanne Balibar and Xavier Dolan. At two and a half hours long you may worry it’s lacking in pace but it’s as quick-footed as it is quick-witted.

As with the very best costume dramas, despite the period swagger, Lost Illusions has its feet very firmly in the 21st-century, with a wit and energy that will speak to modern audiences. Balzac would have loved it – and we reckon you will too.