Highlights from the Cannes Film Festival 2018 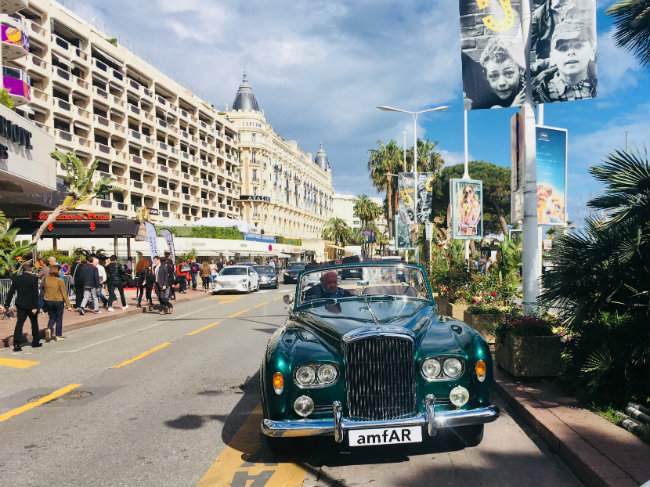 Strong sensations. That’s what we all want from cinema—a surge of tears, a few belly laughs, and a kaleidoscope of haunting images that will stick in your brain forever. Speaking personally, expecting the unexpected is always a big part of the thrill– le frisson—of the Cannes Film Festival. Now that the fest moves into its final weekend, here’s a rundown of some of the highlights. 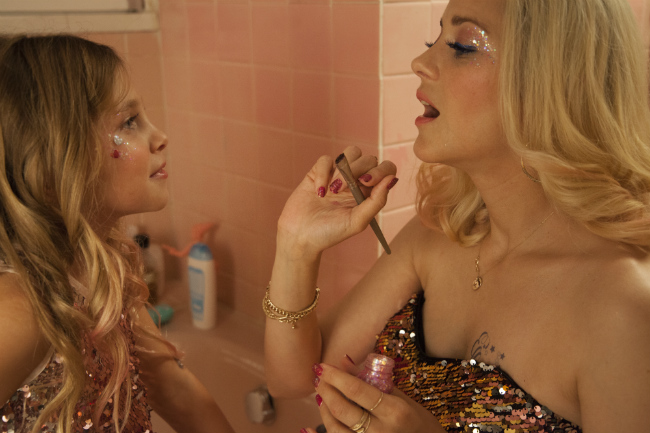 A glance at the official program of competing films and the parallel festivals, Fortnight of Directors and “Un Certain Regard” confirms that French cinema is thriving more than ever.
One of my favorites was the drama Angel Face (Gueule d’Ange) by newcomer director, Vanessa Filho, starring Marion Cotillard, who accepted the role based on the strength of the script. Set in a small seaside town on the Riviera (the credits said it was shot in Saint-Cry-sur-mer, near Bandol), Cotillard plays a reckless fragile young mother, Marlène, who neglects her 8-year-old daughter Eli (Ayline Etaix), and selfishly indulges in drinking and partying, leaving the child to fend for herself at their low-rent apartment by the beach. Cotillard, whose bleached blond trashy and flashy-dressed look is like no role you’ve ever seen her in before, says she was drawn to the part, even if audiences might judge her character harshly. Some critics have compared the film to the indie hit Florida Project (directed by Sean Baker) but claimed that Marion Cotillard is just a wee bit too gorgeous to be convincing. But as you watch Marlène drunkenly belting out a bawdy song at her wedding party, you might think differently. 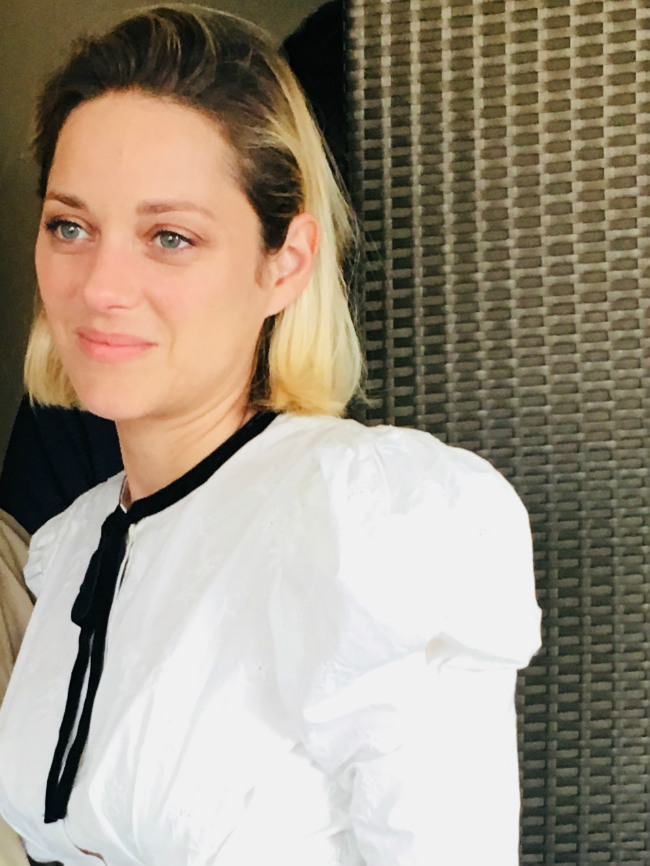 Another French film that seems destined for world-wide distribution is the highly enjoyable tragi-comedy Sink or Swim (Le Grand Bain) by actor and director Gilles Lellouche. The whopping ensemble cast– Mathieu Amalric, Guillaume Canet, Benoit Poelvoorde, Jean-Hugues Anglade, Virginie Efira, Leila Bekhti, Marina Fois, Philippe Katerine— is a pure joy, along with the feel-good 80s pop hit soundtrack. The story recounts a group of men in their forties who are all a bit depressed and feel unappreciated by their wives, children and colleagues. What brings them together is a class in synchronized swimming at the local public pool, where they bond and ultimately triumph (no spoilers!). 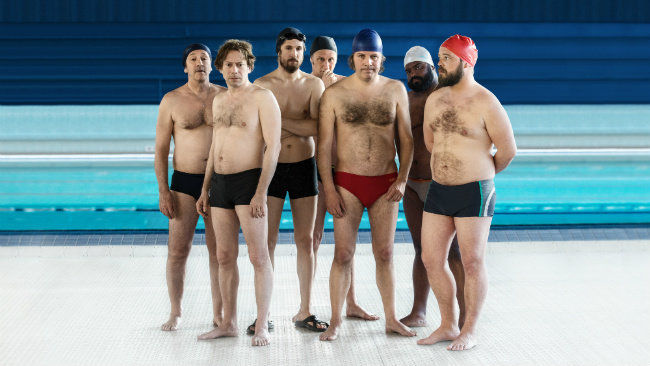 When Gilles Lellouche first hit upon the idea, eight years ago, he said that he was reacting to the modern obsession about perfect bodies. In the film (although the actors were obliged to train in the pool for 5 months to prepare for the part), the men are all uninhibited about their imperfections, which is part of the point. Leila Bekhti, a rising star in French film, excels as their sadistic coach, who literally beats this motley crew of self-proclaimed losers into shape. 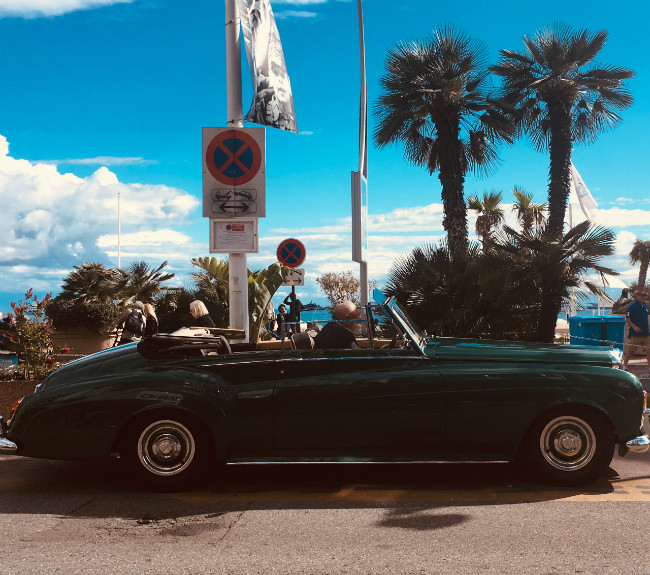 At the Fortnight of Directors, another French Riviera-set bubbly comedy, The Trouble with You directed by Pierre Salvadori, stars Adele Haenel, who has already reaped critical praise as a zany detective who gets into an entanglement trying to bust local corruption. The film was just awarded the SACD Prize.

The controversial French director, Gaspar Noé, has also pocketed this year’s Fortnight of Director top prize for his film Climax, which chronicles a dance troupe’s descent into mental and physical hell and has had a mixed critical reception. The infernal vision of dancers who have accidentally gulped down a quantity of LSD-spiked drinks may not suit everyone’s taste, including mine. 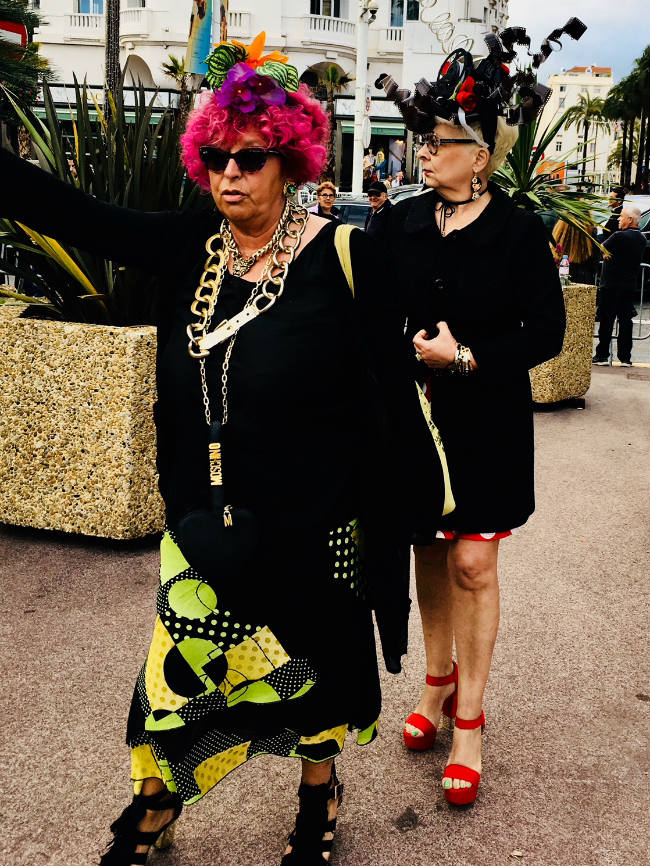 It’s hard to know how the other French entries (Sorry, Angel by Christophe Honoré, Girls of the Sun by Eva Husson) competing for the Golden Palm will fare. So far, actor Vincent Lindon’s performance, in Stephane Brize’s impassioned social drama, At War, is one of the critic’s top picks.

When it came to pop culture this year, the festival didn’t disappoint. For the 40th anniversary of Grease, the film was screened at the Cinema de la Plage, but John Travolta (who came to Cannes to promote his new film Gotti) arrived on stage to say a few words to the adoring crowd. Hundreds of professionals lined up for the iconic actor’s master class (alas, I was not among them). However, all is not lost: my best unexpected frisson this year was brushing elbows with a grinning Travolta at a party where he graciously mixed with the guests, as his hovering bodyguard peered nervously into the crowd.

Just another night in Cannes… 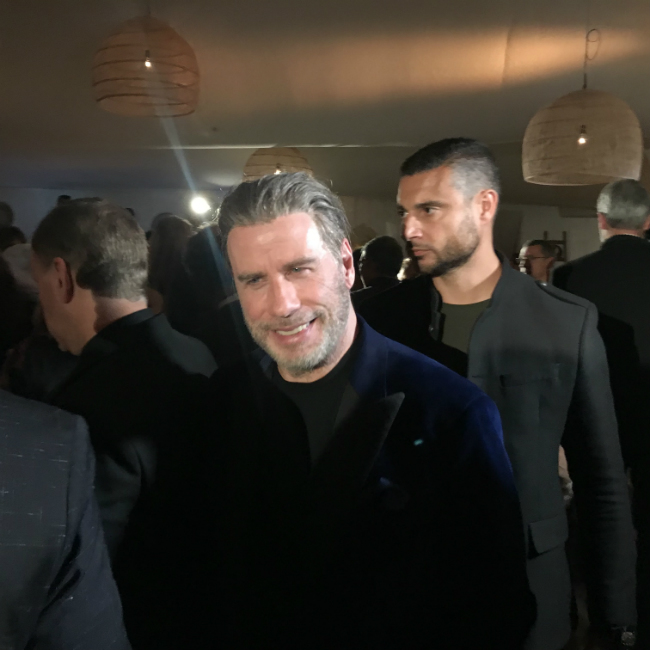 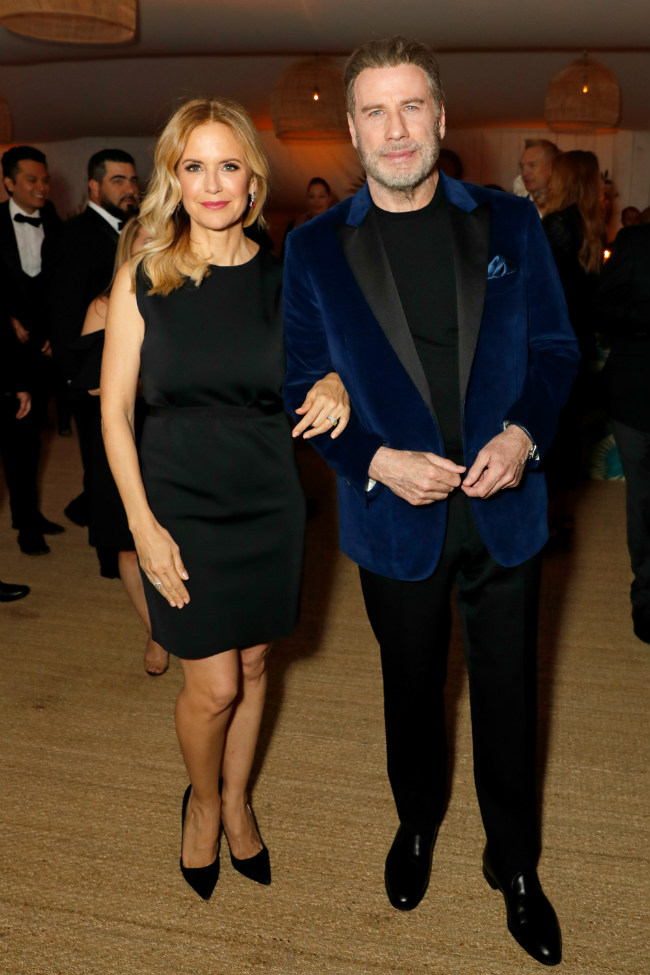