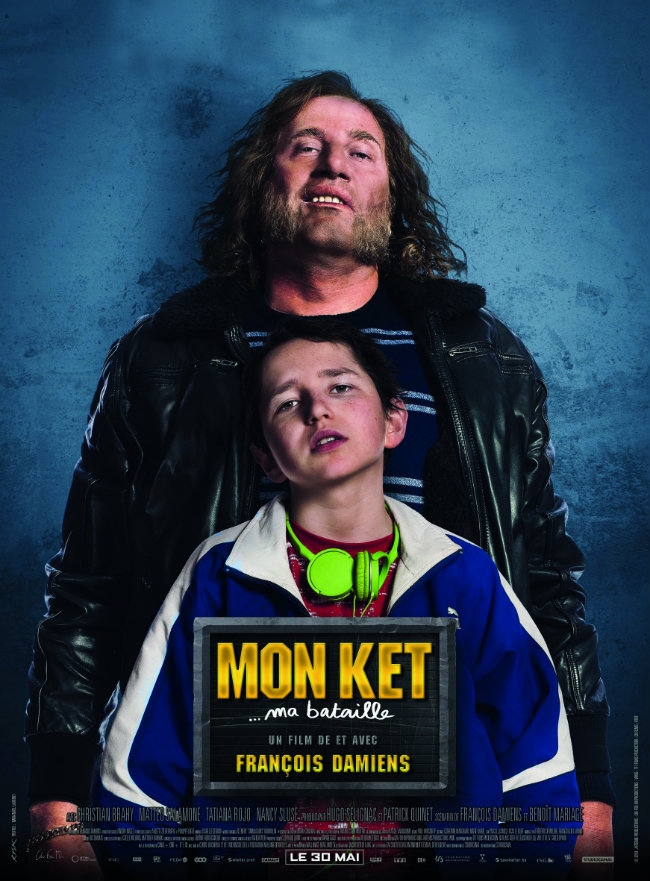 “You just can’t script or cast scenes like these, it just wouldn’t work,” mused François Damiens in a recent interview. So when the time came to tackle that all-awaited directorial debut, France’s resident comic (despite hailing from Belgium) returned to his old hidden-camera tricks by throwing his fate – and film – into the unwitting hands of a motley crew of passers-by and any poor soul unfortunate enough to cross his path.

But Mon Ket is no half-baked series of sketches clumsily stitched together into a caper. Despite its (semi) improvised MO, it is a bona fide comedy – and its accidental ‘stars’, whose names appear at the bottom of the screen during their ‘scenes’, are integral to the wackadoodle plot.

When his 15-year-old son Sullivan (Matteo Salamone, one of just three real actors actually cast in the film) applies for emancipation, career criminal Dany (François Damiens) breaks out of prison and embarks on a mission to teach his ‘ket’ the ropes on the mean streets of Brussels – dragging a coterie of unsuspecting victims along for the ride.

Shoehorning off-the-cuff scenes into an albeit loose narrative is no mean feat. But by some karmic fate – and in great part because Belgian civility and open-mindedness know no bounds (this could never have been shot in France) – Damiens succeeds in engineering some of the most surreal skits and banter ever captured on film; the real-life stuff that beats all logic, not to mention scriptwriters’ wildest fantasies.

Take the serendipitous (and truly gobsmacking) moment Dany finds himself sitting next to an actual jailbird who, finding out he is a wanted fugitive, advises him cool as a cucumber to steer clear of the “car park, which is crawling with cops”. For all the (benevolent) mischief, teasing and high jinks, Mon Ket firmly draws the line at the Borat-style humiliation and tasteless provocation that have become the bread-and-butter of the hidden-camera genre. Chock-full of run-ins, the likes of which defy comprehension, and cracking (ad-libbed) one-liners, yet surprisingly tender, this mind-boggling romp is sure to restore your faith in humanity – and improv!