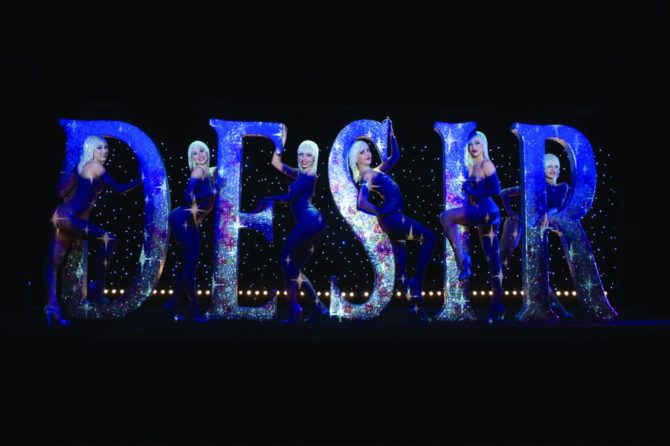 Known for its troupe of beautiful, seductive dancers in barely-there costumes, ‘le Crazy’ is the most avant-garde of Parisian cabarets, set in an intimate underground theatre on the exclusive Avenue George V.

The show opens with the iconic God Save our Bareskin, a cheeky take on the British Royal Guard complete with bearskin hats, epaulettes and strategically-placed tassels. Among the other highlights are Red Shoes and the Final Fantasy sequence, during which a soloist treads the line between pleasure and pain. The girls go out with a bang in a stunning new finale entitled Glamazones.

Originally published in the April-May 2013 issue of France Today

Previous Article Visages: Not to Miss Art Exhibit at the Vieille Charité, Marseille
Next Article Nice and the Belle Époque