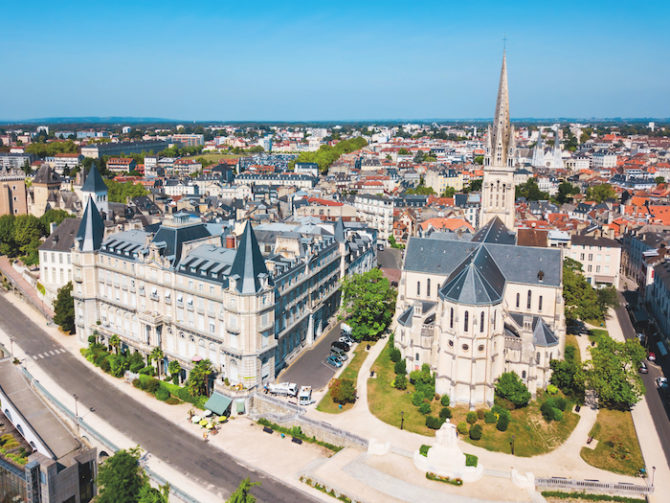 If you’re one of those tourists who doesn’t like to stick out like a sore thumb, then here’s a little tip on pronunciation before you arrive in Pau: the city’s name rhymes with ‘snow’, not ‘now’. Get it right from the start, and you’ll soon blend in. And what a place to blend in with! Capital of the Pyrénées-Atlantiques département, this gorgeous city has been drawing British and American visitors since Victorian times, when they would spend the winter months here, enjoying the unusually mild climate. The spas, the creaky little funicular railway, and the city parks with their sub-tropical plants, are testament to Pau’s golden age during the glamorous Belle-Époque era.

Fast forward to the modern day and Pau is enjoying something of a second golden age. A good place to orientate yourself is the city’s most famous street, the Boulevard des Pyrénées. Stretching east-west for over a mile, and lined with 19th-century mansions, hotels and cafés, it’s essentially one big viewing terrace, offering one of the best vistas of the jagged Pyrenean mountains you’ll ever find, including the distinctive double summit of Pic du Midi d’Ossau. Like a fine wine or cheese, the panorama even has its own official appellation – Horizons Palois – designed to protect it for posterity.

Pau has the best views of any city in the world. Photo © jc.milhet, Pau Pyrénées Tourisme

Locals love to cycle along the boulevard to and from work, or amble along it at their leisure in the evenings. Often they simply gaze at the mountains while leaning on the balustrades or imbibing at the many cafés dotted along its length. Even in mid-winter it’s not unusual for warm winds to raise daytime temperatures to 20ºC.

Its main boulevard attracts walkers, cyclists, skateboarders and those who simply prefer to watch the world go by. Photo © Un duvet pour 2

At the western end of the boulevard is the Château de Pau, now a national museum. It was here, in 1553, that the first Bourbon king of France, Henri IV, was born, cradled in an upturned turtle shell, or so the story goes. (Said shell is still on display.) Known as ‘Le bon roi Henri’, he also earned a reputation as quite the ladies’ man, siring six legitimate children (including Queen Mary, wife of Charles I of England), and at least two illegitimate ones.

Wiggling eastwards from here is the charming Rue du Hédas, which follows the course of an old stream that for centuries acted as the town’s main sewer. In 2016 the authorities decided to clean it up and now it’s a car-free promenade, spick and span with light installations, gardens, a playground, a boulodrome, bars and restaurants.

Head south from the town centre and you’ll descend quickly down to the main river, the Gave de Pau. Here there’s rafting, canoeing and kayaking. If the water’s too lively for you (and it can be at certain times of year), then instead enjoy walking through the gardens that line both banks. At one point the Gave feeds into the city’s whitewater centre, Parc Aquasports, where the water is always guaranteed to be lively.

Sport and leisure are well served for a city this small. Pau lays claim to continental Europe’s oldest golf club, dating back to 1856. It was thanks to two Scottish army officers – quartered here during the earlier Napoleonic wars – that the course was constructed in Billère, just west of the city.

“The officers were impressed by the beauty of the countryside around Billère, close to the gates of Pau,” says the club’s official website. “They decided that the banks of the mountain stream, with the Pyrenees as a backdrop, would make an ideal setting for a golf course. Because it was an ancient stream, the subsoil easily drained. As a result the land was free from mud, even during the winter. These conditions created an ideal environment – beautiful scenery coupled with an abundance of water for irrigation. Once an agreement had been negotiated with the local landowners, the inhabitants could observe strange Scottish people dressed in kilts, hitting a small white ball, with odd-shaped pieces of wood.”

Another strange British activity made an early appearance right here in Pau. In 1902, France’s first rugby club opened in the city. The game quickly proved popular and before long had established itself throughout the rest of southwest France. This region is still very much the country’s rugby stronghold. Modern-day Palois, as they are known, enjoy watching high-level rugby union courtesy of the local club Section Paloise Béarn Pyrénées. There’s also decent basketball (Élan Béarnais Pau-Lacq-Orthez), football (Pau FC) and pelota (at the Complexe de Pelote Jai Alai). There’s even a new skate park, if that’s your thing.

Every year Pau stages two Grands Prix. One is a motor sports event featuring a street circuit on the city’s public roads; the other is a famous steeplechase horse race at the Hippodrome du Pont-Long.

“The Grand Prix is ingrained into our DNA,” says city mayor François Bayrou of the motorised version. “This race track has a specific city all of its own. We are the only town in France that can boast an urban circuit.” 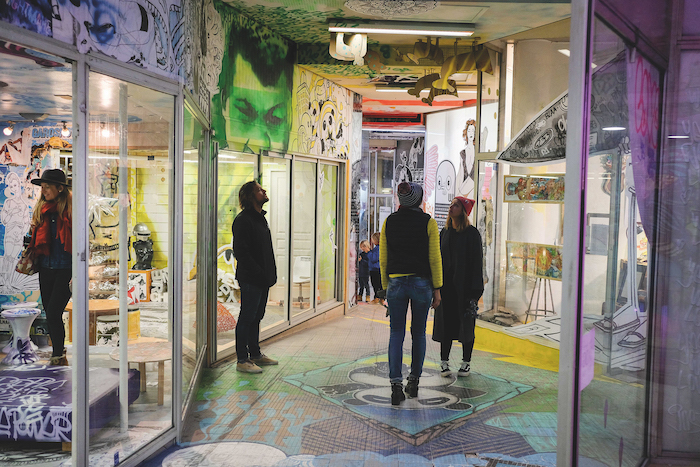 The city has a lively arts scene

With 80,000 or so residents, Pau remains lively for much of the year. The younger Palois study at the Université de Pau et des Pays de l’Adour. Others work in the energy industry, thanks to the nearby Lacq gas field, or in the communications or aerospace industries.

In fact, Pau plays an important part in the history of aviation. In 1909, the pioneering Wright Brothers based themselves here for a while. The town was home to flying schools and aircraft manufacturers – a legacy that lasts to this day.

There’s an important arts scene, too. For classical art, try the Musée des Beaux-Arts, and for contemporary art there’s Le Bel Ordinaire. Classical music lovers are well served by the Pau Pays de Béarn symphony orchestra, which stages regular concerts at the Palais Beaumont and elsewhere in the city, under the guidance of its musical director, Fayçal Karoui. Although Covid-19 has done its best to spoil the party, in normal years Pau hosts a wide variety of festivals, celebrating everything from cinema, dance and music to board games and comic books. One of the most important is a literary festival called Les idées mènent le monde. Crucially, it’s free to attend and all the speakers are expected to turn up unpaid. This year it’s taking place in late November.

The Pyrenees make for a heart-stopping vista. Photo © d.guilhamassé

Two other popular events on the calendar are the Christmas celebrations (including light illuminations, seasonal markets, an enchanted garden and musical shows), and the Carnaval Biarnés in February. Up to 50,000 people attend the latter.

No city guide would be complete without mention of the local food and drink. The best place to experience this is Pau’s main market, Les Halles, on the Place de la République, open every day except Monday, but of course in this most beautiful of places, you are also spoilt for choice when it comes to restaurants and cafés.