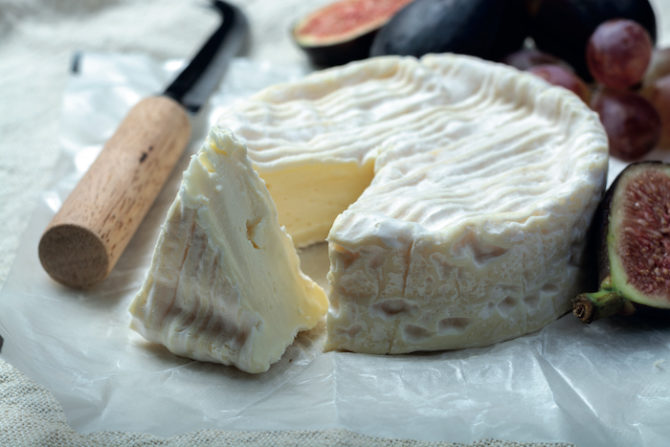 The idyllic Norman village of Camembert, with its half-timbered farms set amidst lush green countryside, will forever be inextricably linked with the cheese of the same name; and perhaps none other than the mighty Camembert says ‘French cheese’ to turophiles the world over. So, we might ask, why would one ever tamper with it? Well, the answer, as is often the case, is economics.

A Slice of Terroir

Camembert has a long and distinguished history, beginning in the late 18th century, and was granted AOC status in 1983 and AOP status in 1996. The rules state that making true Camembert involves two key factors, which greatly affects its flavour and texture. First, it must be made from the raw cow’s milk of the local Normande breed, and secondly the curds must be cut by hand and hand-ladled into moulds. It is the large curd formation and slow-draining which create the texture; and the use of local raw milk is responsible for its ability truly to ripen and develop its complex flavour profile.

Camembert is without doubt the result of its terroir, whereby the milk, the breed of cow, the cheesemaker and the geography together create a product that reflects a sense of place, people and history. Providing one follows these rules, along with the various other requirements of the AOC Camembert appellation, one can label the boxes that contain the cheeses with the phrases ‘Camembert de Normandie’ and ‘appellation d’origine protégée’.

Since the 1990s, larger cheesemaking outfits have sought to challenge these rules so that they too could use those two classifications for their cheeses, thus allowing them to cash in on Camembert’s reputation and sell their products at a premium price, regardless of whether or not they followed the same stringent production methods. In an attempt to placate the makers of real Camembert, it was suggested that their products could be labelled ‘véritable’ Camembert de Normandie to distinguish it from the mass-produced, pasteurised version. Needless to say, for a public unaware of these subtle distinctions, it would only cause confusion in the marketplace while allowing multi-nationals to flood the shelves with inferior products labelled ‘Camembert de Normandie’. 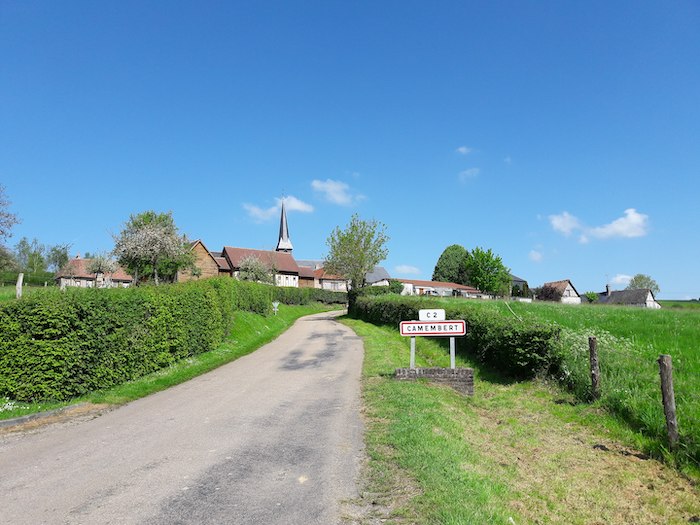 What if, for example, a manufacturer of economy automobiles decided to position their new mass-produced assembly line vehicle as a luxury item at a luxury price point? Their car is made of plastic, with a low-performance engine and sub-standard appointments, but in marketing this imposter, they decide to call it a Bentley, because it, well, kind of looks like a Bentley. Would the folks at Bentley just roll over and allow their distinguished brand name to be hijacked and misrepresented? I think not.

Camembert can only achieve its textbook earthy, garlicky and mushroom flavour notes using traditional methods. A pasteurised version will never achieve the beautifully melting texture found in the real-deal version. With time, these versions simply get older as opposed to ageing. Camembert also represents a unique and timeless slice of French culinary history which deserves to be revered and preserved for future generations to cherish.

For now, thankfully, it appears that taste and tradition have triumphed over profits. Producers of the real Camembert pushed back, and on March 2 of this year, they won the battle to protect Camembert’s good name and historic reputation. True cheese lovers and French gourmands can take some comfort in the fact that the old ways still carry weight in decision-making within the AOC system.

While modernisation may benefit us in our daily lives in many ways, sometimes it is best to let the past be our guide. And in an ever-changing world, it is comforting to know that we can count on some things to remain a constant. Let us all raise a glass to the valiant producers of Camembert!