Lyon’s Fête des Lumières to be Transformed into Candlelight Vigil 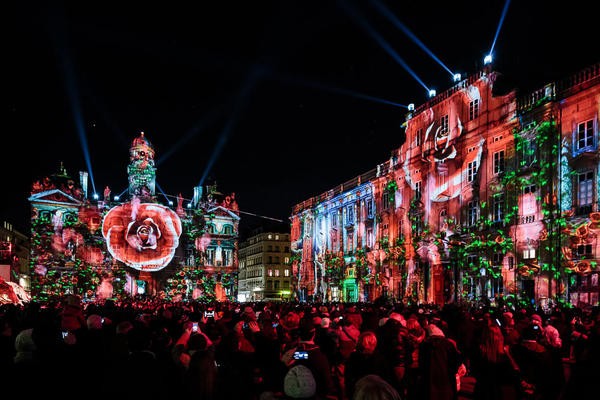 One of the highlights of the calendar in Lyon is the annual Fête des Lumières, or Festival of Lights. For this four-day event in December, the city becomes an open-air canvas with over 70 electric art installations glowing against the night sky. Over three million visitors usually attend this sparkling fête.

As described by France 24, “The festival is a fitting tribute to Lyon’s homegrown heroes, the film-making Lumière brothers, whose last name means “light”. Their 1894 short film, Sortie de l’usine Lumière de Lyon (Workers Leaving the Lumière Factory in Lyon), is considered the first motion picture ever made.”

But this year, the Fête des Lumières will be canceled due to the recent terrorist attacks in Paris. As reported by The Local, “It’s not surprising that such a popular event has been cancelled, not least considering the national state of emergency means all large public gatherings have been banned.”

Instead, the festival will be transformed into a vigil for the Paris victims, with the Lyonnais paying homage by putting candles in their windows. To quote the website of the Lyon Office of Tourism, “Two of Lyon’s landmark buildings – the Incity tower and the Part-Dieu tower (affectionately referred to as ‘Le crayon’ (the pencil) by locals) will be lit up to reflect the spirit of the candles.” There will also be a work of art erected on the banks of the Saône to pay tribute to the victims.

Gérard Collomb, the Mayor of Lyon, announced that this year’s programme will be postponed until December 2016, so the highly anticipated artistic line-up will be on showcase next year.

Previous Article ISEFE in the Savoie Region: The Best French Language Schools
Next Article Excerpt from Monet’s Palate Cookbook: A Peek into the Artist’s Culinary World at Giverny