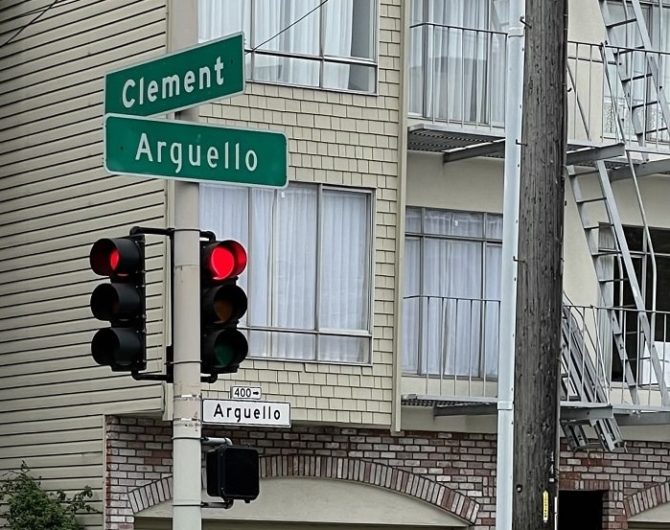 Sometimes the carrefours of France in San Francisco are a surprise. Hidden, subtle, with no historical French hints, but there is an esprit if one looks for the clues.

The corner of Clement Street and Arguello Blvd is one of those. Located between the great green spaces of The Presidio and Golden Gate Park on the west side of the city, the corner is far from the traditional “French Town” of San Francisco that is near the Bay. But it is part of a changing neighbourhood full of diverse small businesses, including French-inspired ones.

I never would have discovered this carrefour if Josette Marsh, Vice President of the Federation des Alliances Françaises USA and President of the Alliance Française of Hawai’I, hadn’t introduced it to me. For her and her family, this past year has been le confinement in her home in the Sierras of California. When she does get to visit San Francisco, she heads to Arsicault Bakery at the carrefour of Clement and Arguello for French croissants.

“They are the best in town,” Marsh claims. 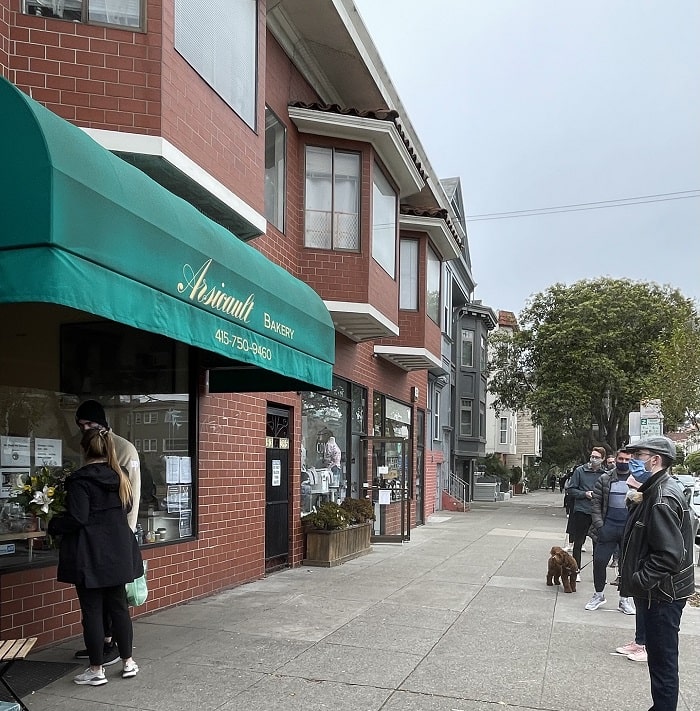 Customers line up for Arsicault Bakery croissants, scones and other goodies. © Martha Sessums

The first hint that the croissants, scones and small bites like financiers and shortbread cookies are very good is the block-plus long line outside Arsicault on the Sunday morning I visited the carrefour. According to Marsh, there are long lines most mornings to pick up croissants and other baked goods. Lacayo does not offer breads, just croissants and small bites, plus a bacon and onion quiche.

Moving a short way down Clement Street is another French-style business, April in Paris, owned by Beatrice Amblard who is a frequent customer at Arsicault. She answers the question about why the croissants are so good.

“Armando uses lots of butter,” Amblard said. “They are made the old, traditional French way and are particularly buttery, delicious and authentically French.”

Amblard and her shop are authentically French in an uncommon trade. She is a master leather artisan trained at Hermès in Paris. In 1987, Hermès sent her to San Francisco as an “Ambassador” for their newly opened San Francisco boutique where she designed custom leather goods for 14 years, including working on the famous “Kelly” bag. Amblard left Hermès and launched her own line at a Dogpatch (south of Market Street) workshop where she gained a loyal following and then expanded to her boutique/ workshop on Clement Street. Amblard is the only Hermès artisan that both designs under her own label and owns her own boutique in the U.S.

Customers can choose to have a custom-made handbag or select from a variety of handbag styles and other accessories at the boutique. All are made with the classic saddle stitch and top-quality design, and that tradition continues with Amblard Leather Atelier, a leatherworking workshop to develop a new generation of leather workers.

Amblard chose the Clement/Arguello carrefour location because it reminded her of French business neighbourhoods. “Everybody knows everybody and it’s full of families with kids,” she said. “It also has the San Francisco feeling of lots of people in technology and a younger generation. The stores have changed (over the years) for the better.”

Clement and Arguello are actually in the Richmond District which has many influences, although none of them historically French. In the early 1880s, Clement Street, which stretches all the way to Lands End at the Pacific Ocean, attracted a growing residential neighborhood because land was relatively flat and inexpensive. The aftermath of the 1906 earthquake and fire brought even more settlers, mostly of Irish and German background. In the 1950s, Chinese American families moved west from the traditional Chinatown, and the 1990s brought many Russians after the fall of the Soviet Union. This mix is particularly visible farther west along Clement, but at the carrefour with Arguello, the French influence continues. 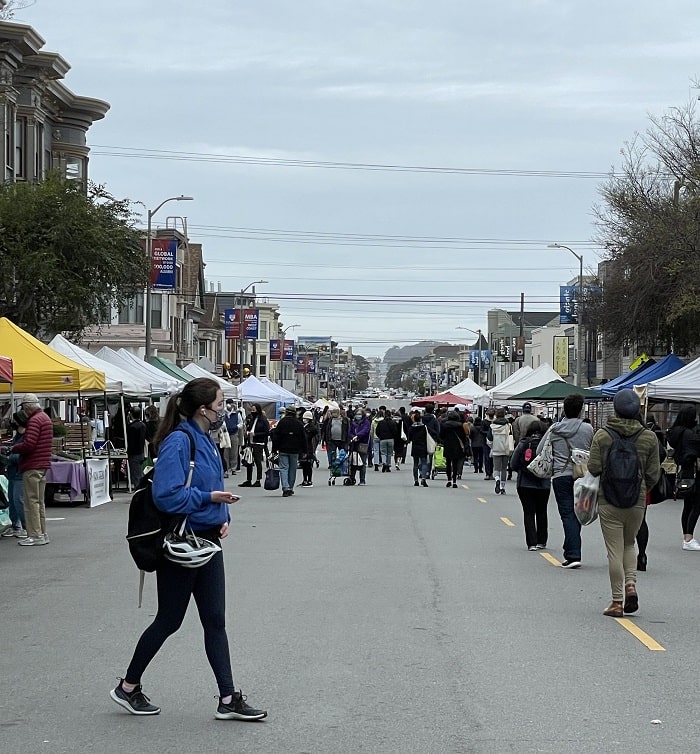 Hungry for a lovely French lunch or dinner? Cross the street from April in Paris and one finds Chapeau! bistro with Philippe Gardelle as owner and Executive Chef. Although Gardelle’s first restaurant was 10 blocks west on Clement, he met Lacayo and Amblard and chose to move closer.

“This was a French corner with great camaraderie,” said Gardelle.

The pandemic has been tough for all, especially for restaurants. The second restaurant closure in 2020 meant Gardelle was open only for pickup on Friday, Saturday and Sunday. As San Francisco County’s virus stats improve allowing restaurants to open for limited inside seating, his business will improve as Chapeau! is very popular.

“We’re all in the same boat,” Gardelle philosophised. “It is what it is.” 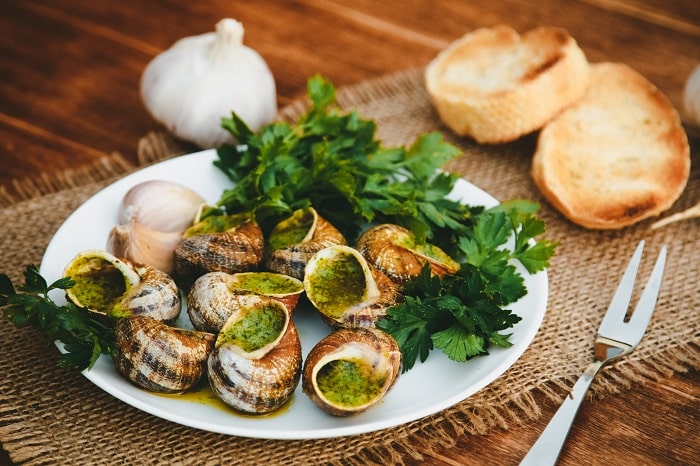 Much of what Chapeau! offers on la carte is traditional French – escargot, bouillabaisse, cassoulet and profiteroles. The bread, pasta, sausage and even the ice cream for the profiteroles is artisanal and made at the restaurant. “There are three of us and we do everything,” said Gardelle.

The traditional downtown French area of San Francisco is moving west and one of the growing carrefours is Clement and Arguello. Just arrive early to get a good spot in the line for croissants at Arsicault.

Previous Article What to See and Do in the Cévennes
Next Article O Brotherhood, Where Art Thou?