City of Cinema at the Los Angeles County Museum of Art 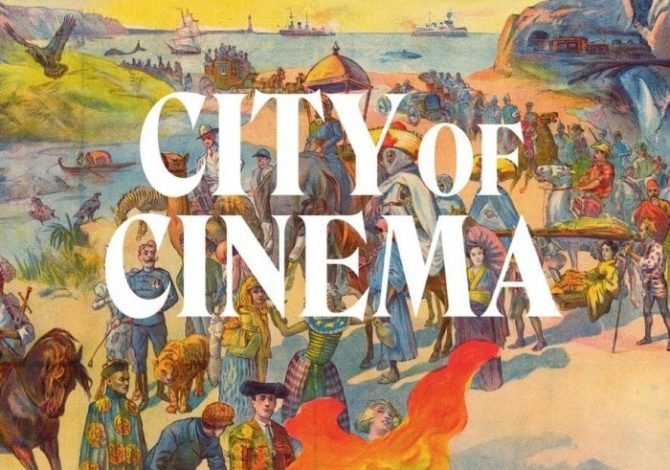 Before Hollywood, there was Paris. It is widely agreed that Paris is the birthplace of cinema. “City of Cinema”, on view at the Los Angeles County Museum of Art (LACMA) from February 20th to July 10th, 2022, explores the emergence of film in Paris as a product of the rapid momentum of modernity in 19th-century Paris. The exhibition offers a real sensory feast as it gives insight into the origins and evolution of cinema during the rapid transition of social and political life and technological development in Paris from 1850 – 1907.

The “City of Cinema” exhibition, organised by LACMA and the Musées d’Orsay and l’Orangerie, illustrates cinematic history in Paris during this era through posters, photographs, sculptures and paintings, as well as early filmed shorts. Creations from the very early 20th century include works by Auguste Rodin, Pierre Bonnard, Claude Monet, Louis Lumière, and Charles Pathé, among others. Priceless film footage portrays the opening of the Exposition Universelle in 1889, revealing the Eiffel Tower in its original state, surrounded by numerous buildings from the World’s Fair.

The story begins on the streets of Paris, where the spectacle of modern life was cinematic even before film was introduced in 1895 by the Lumière brothers in a basement room. The Lumière cinématographe could capture 30 seconds per reel of 35 mm film. The exhibition goes back to square one to appreciate how this French invention changed the world. The earliest cinematographer would simply set up a camera and tripod on the streets of Paris and allow life to unfold in front of the lens.

French films flourished during this period, catering to a growing middle class, and were mostly shown in cafes, department stores, lecture halls and travelling fairs. The cinématograph became the cinema, a place as well as a leisure activity for the masses.

“City of Cinema” focuses on the burgeoning growth of cinema in the French capital during a period marked with innovation. It offers a pre-history to the Hollywood story, in that it reminds us of how Paris played a key role in promoting the cinema culture that we associate with modern life, and how it eventually led to the Hollywood studios as we know them today.