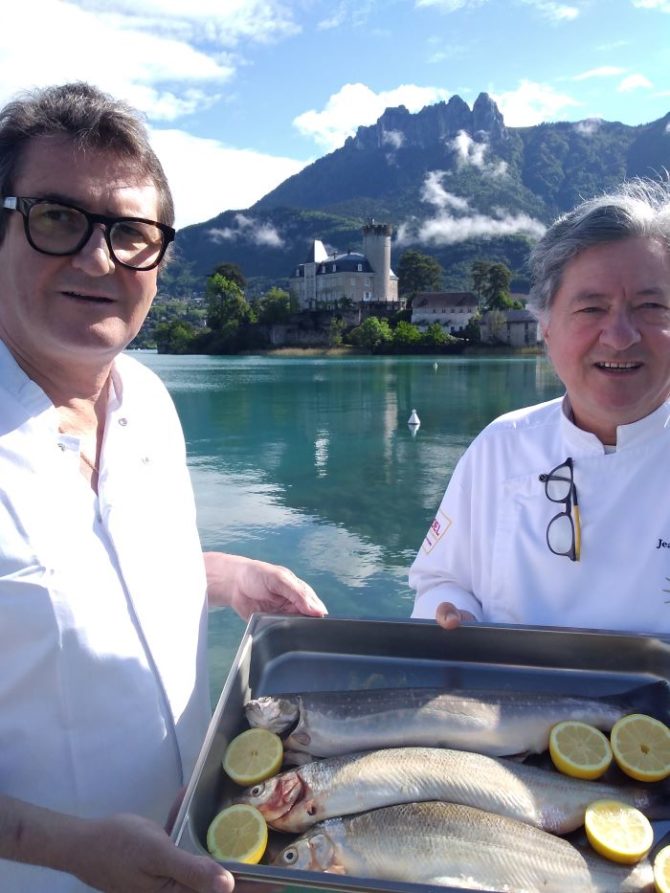 Live on Zoom, from Duingt, France, on the western shore of Lake Annecy, Master Chef Jean-Louis Gerin will be hosting a French barbecue demonstration in honour of Bastille Day.

Attendez une minute. French barbecue? Chopped Champion (and more) Chef Jean-Louis Gerin giving a live online demonstration of his cooking? And you can even cook along? (Recipes will be shared ahead of the event.) The mayor of Duingt and other local chefs and friends will join in and it’s free for Alliance Française USA members? If the pandemic gave us anything, it is the commonplace use of online video technology to be anywhere in the world and broaden our experiences. This is one of those experiences that promises to be delightful. 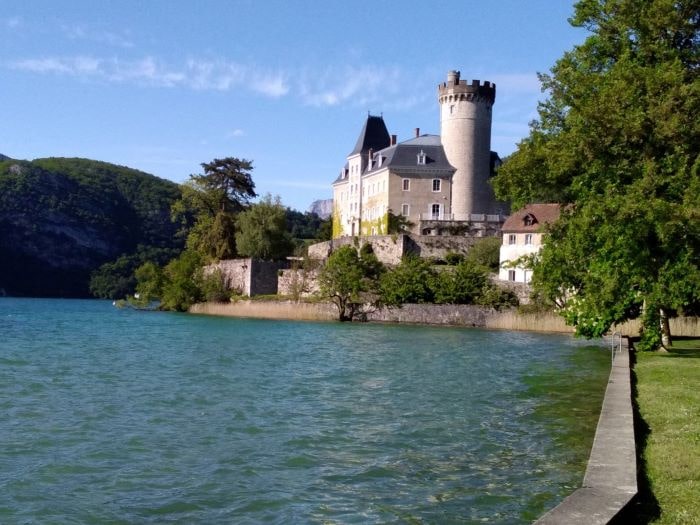 Master Chef Jean-Louis Gerin has a prestigious culinary background. Born in Annecy, France, the aspiring chef worked in three-star establishments and received formal restaurant training and a degree in business. He met Guy Savoy who became his mentor and he became Savoy’s Chef de Cuisine at Restaurant Guy Savoy in Paris. When Savoy opened a restaurant in Greenwich, Connecticut, Gerin moved to Greenwich and bought the restaurant in 1985, naming it Restaurant Jean-Louis.

A part of what Gerin did during the pandemic year was to do online cooking classes for the Alliance Française de Greenwich (AFG). According to Renée Armory Ketcham, President of AFG, viewers “from all over the U.S. joined us.” 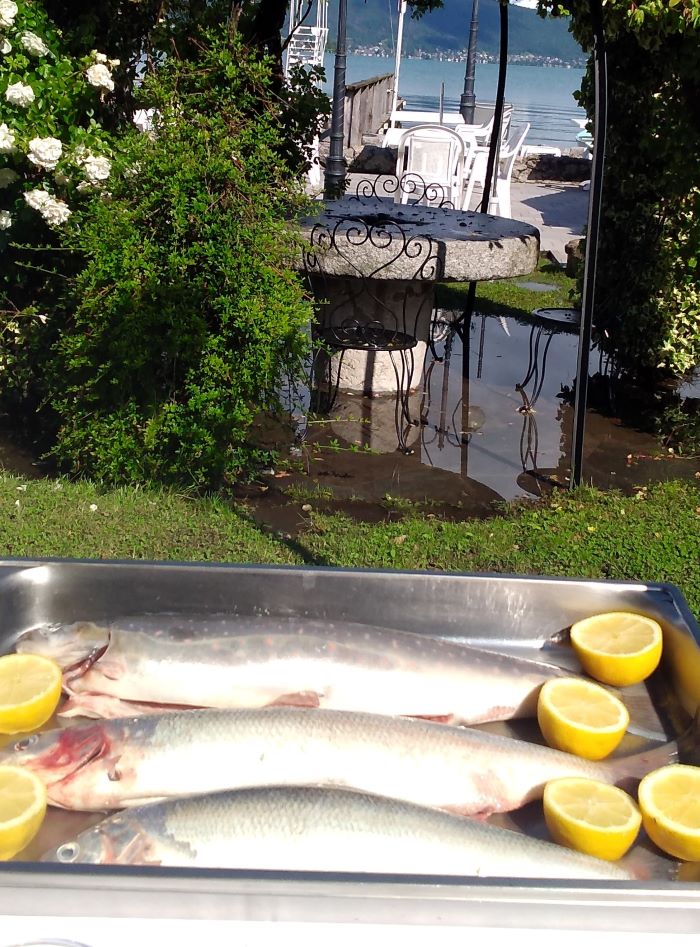 During 2020, Gerin decided to move back to France and settled in Duingt with his wife. But he continues to be an Honorary Member of AFG and is delighted to host an online cooking demonstration honouring Bastille Day for the Alliance Française USA.

“This promises to be fabulous food and fun,” said Armory Ketcham. “It will take place outside on the streets of Duingt and he (Gerin) will be joined by friends and chefs. We’ll be able to see the streets in the town, Lake Annecy and lots of locals.”

The online event will take place “en ville” on Tuesday, July 13 at 12pm PST/3pm EST. Chef Jean-Louis will be joined by Nicolas Falquet the chef/owner of Auberge du Roselet in Duingt plus the village baker of Paulo le Boulanger. The mayor of Duingt will also join the group and add to the discussion about food, Lake Annecy and the history of the town of Duingt. 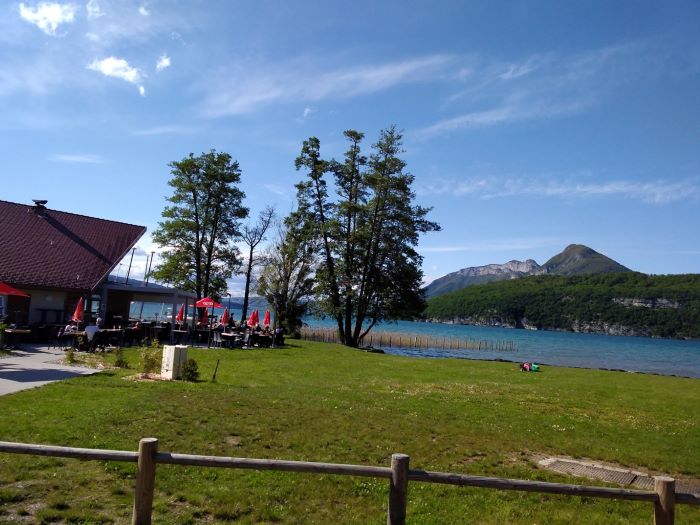 The food sounds wonderful. Chef Falquet will provide the appetiser of pig trotters and a leek chiffonade la bonne sauce mousseline capres et cornichons. The main course will be the poisson du Lac (probably Fera du Lac according to Gerin), jambon fumé et choux Crozet Crayfish with “an insane amount of crème fraiche.” Dessert is from the local boulangerie and will be Brioche Saint Genix, the famous brioche of the region with pralines de Lyon (pink sugar-coated almonds.)

Registered participants will have access to the recipes in early July and can cook along with the chefs or save cooking for another time and just savour joining the online camaraderie among friends who share their love of food and location. As Chef Jean-Louis said, “Nicolas and I are looking forward to this fun celebration. We will invite neighbours too and the ruelle is going to be joyous.” 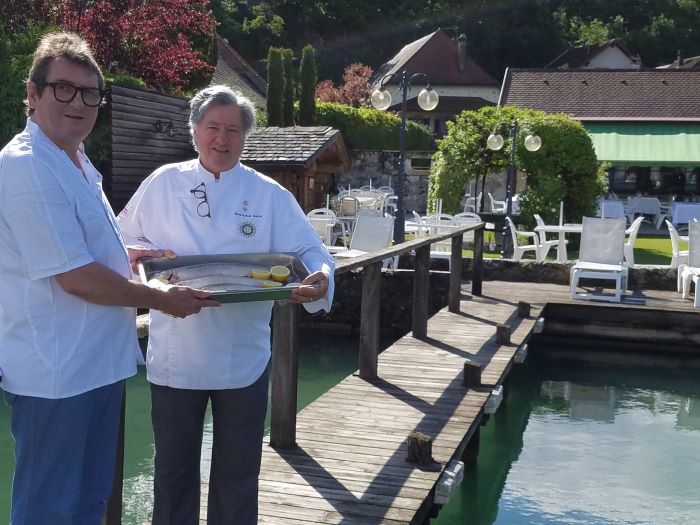 Bring Your Own Wine online and join the Duingt locals as they toast Bastille Day, great food, an amazing French town and the Alliance Française. By the way, the lac du poisson will be barbecued but I suspect it will be a French brand of grill. Charcoal? Gas? You have to join the online event to find out.

Information about participating and registering for the Master Chef Jean-Louis Gerin Live from France French barbecue demonstration is here. The event is free for all Alliance Française and AATF members. Non-members can purchase tickets for $10. 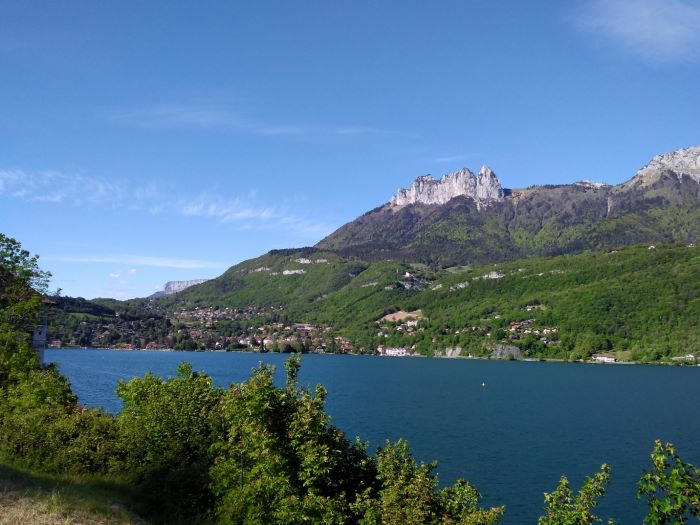