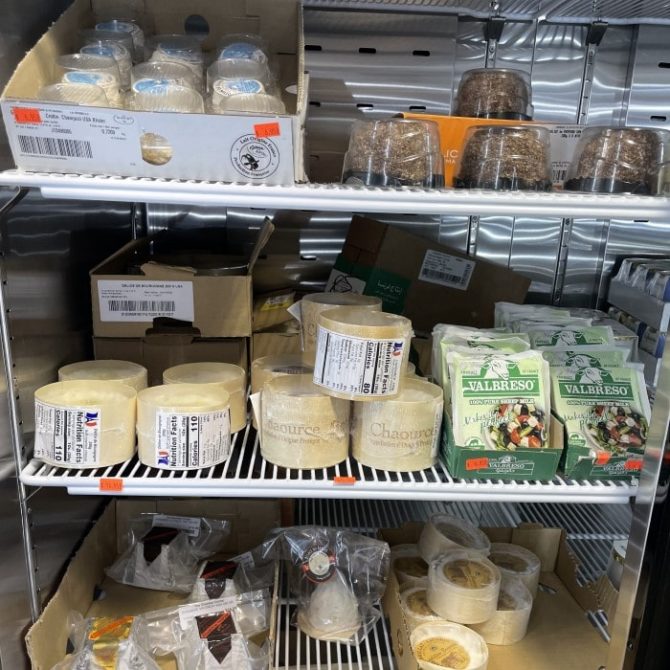 Everyone who enjoys France has a favorite French food product to savour while in France. For some, it’s the baguette purchased at a local French bakery with the first bite of le croûton – the crusty end. Others love foie gras, saucisson or La Laitière yogurt. Haribo candies, LU cookies and Tuc crackers taste great, and everyone loves the wide variety of French cheeses and wines based on terroir without additives.

But when back in the United States, where do you find your French favourites? Sorry, but French’s mustard won’t cut it. 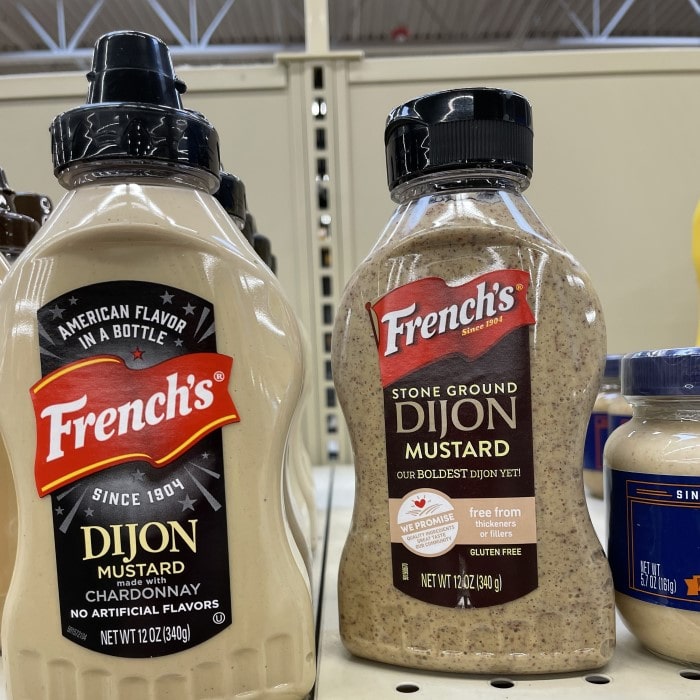 The good news is that there are lots of stores in which to purchase French products. Few are focused exclusively on French products but many national chain stores offer a selection on what is regarded as “French shelves.” These shelves offer products popular in individual communities and range from a large to limited choices.

For example, Trader Joe’s is popular with many French food fans. “In my experience, French people enjoy shopping for authentic French items … at Trader Joe’s not only for the low prices, but also for the quality of the French imported products,” said Linda Witt, President, Federation of Alliances Française USA.

Many other Francophiles I spoke to mentioned Trader Joe’s as a great place to find French products, but when I visited my local Trader Joe’s in Mountain View, CA, the selection was limited because there is not a lot of demand. “From France Comté” was the only French cheese and there were frozen croissants and quiche. However, the organic French baguette box was empty, as was the area for French Cabernet-Syrah which was on sale for $5.49. To buy French bread and wine I obviously needed to shop early in the morning.

Smart grocery stores cater to their customers so if there isn’t a big call for French products, they won’t stock them. As José Gomez, store manager of my local Safeway, said, “We don’t get much call for French imported foods.” That means sometimes one must travel a bit to shop for real French products. Luckily, there are many stores in the U.S. that have French shelves with an assortment of French brands. Here are some suggestions. 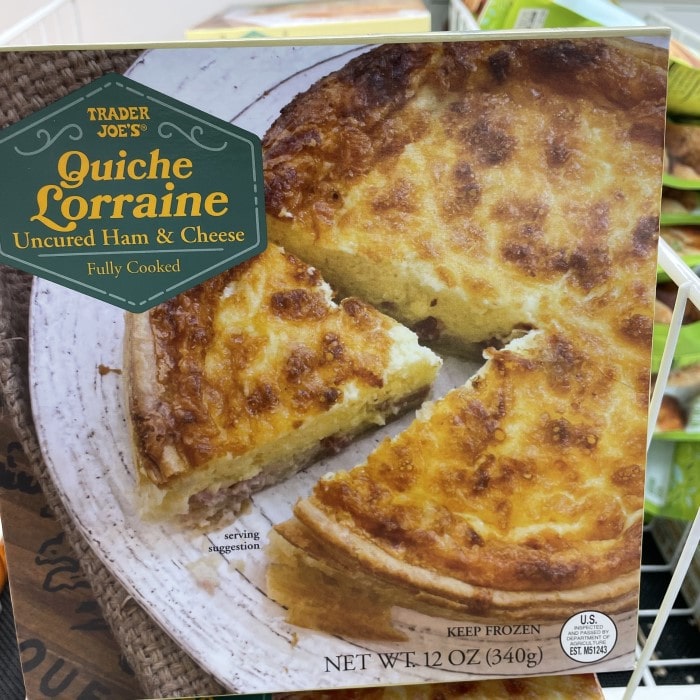 Popular French foods in the US. © Martha Sessums

I enjoy Tucs. Okay, these crackers may not be the most elegant of French products, but I like their salty/buttery flavour. I was pleased to find them at The Gourmet Corner, a French-focused grocery store located in San Mateo. Owner Hugues de Vernou has provided French wine and grocery products to the Bay Area both as a distributor and a retail store for 30 years. Shoppers enter the store into a large French wine area and the entry to the right is the grocery store.

“All the popular food is here,” said Ed Bonifacio, manager of The Gourmet Corner. “Wine, cheeses, all the staples that the French grew up with. Cereal, BN cookies, green lentils, salsify, Échiré butter (and lots more) and we’re proud of our very fresh cheese.”

“No one is like us,” said Bonifacio. “We may compete with local cheese shops but 95% of our products are French and we have a wide variety. There is nothing else (in the area) that does what we do.”

Clément Monnet, CEO of French film streaming service Cinessance, shops at Whole Foods for his French products. He loves real saucisson and unpasteurized cheese so he buys his meats online from Fabrique Délices which also provides to other stores and online grocery stores. He also buys meats online from Goudy’s. (See the “online” section below for details.)

Noëmie Herail, executive director of Alliance Française San Francisco, loves the smaller specialty stores in the Bay Area. Besides the great selection of French bakeries in San Francisco, she gets her cheese hits from La Fromagerie which has three locations in the city plus online ordering; from grocery store Berkeley Bowl Marketplace and from San Francisco Wine and Cheese in Hayes Valley. Herail enjoys magret de canard from Fatted Calf charcuterie with retail locations in both San Francisco and Napa. That’s lots to choose from. 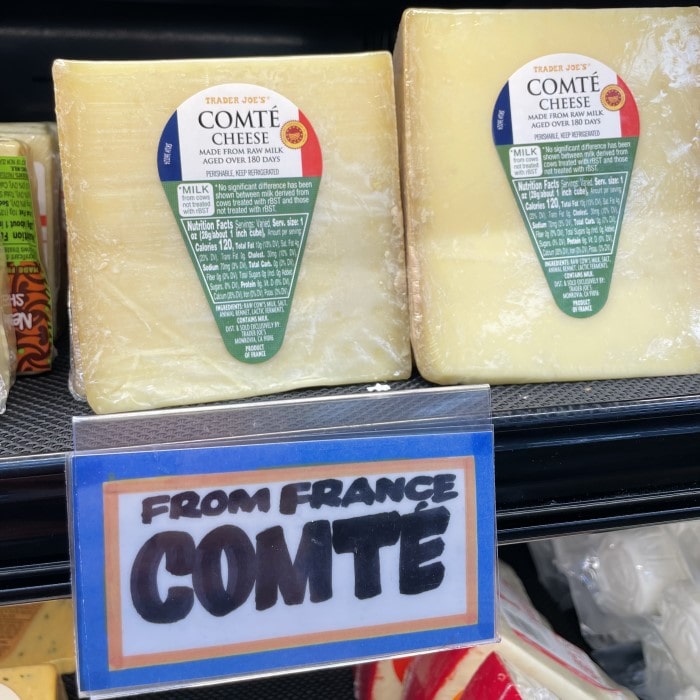 Comté cheese in the US © Martha Sessums

Valerie O’Halloran, France Today ambassador for New York, shops at her local Grace’s Marketplace that she claims is “pretty well stocked with items from France.” She travels into New York City to shop at French Wink that offers French groceries, beauty and health products, clothing and more, or to Le District, a market full of French food stations, restaurants and a fresh grocery.

Rachel Villéger, executive director of the Alliance Francaise of Westchester, says there is a big French community in Larchmont and Mamaroneck, NY and that “We’re lucky to have several small shops selling French brands.” She suggests La Parisienne Bakery , Estelle Gourmet and Petite Bretagne as the best places to get biscuits, chocolate, candies, Teisseire syrups, jam, and seasonal products like bûche de Noël. Villéger also suggests finding some French brands at the local Wegmans, Costco and Trader Joe’s. 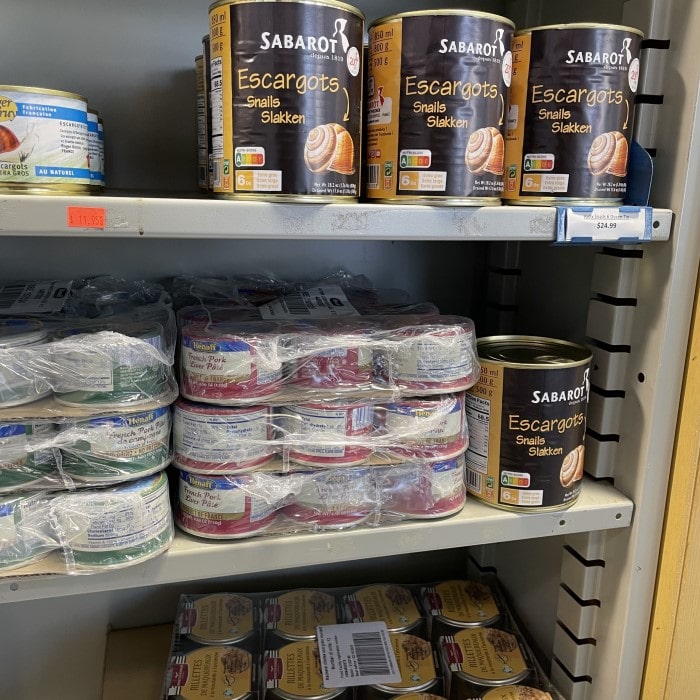 Canned escargot in the US © Martha Sessums

Philip Tremo, France Today ambassador for Washington, D.C, shops for Pont l’Eveque or epoisses cheeses at Whole Foods Market but generally relies on Balducci’s with two locations in the D.C. area plus six others in Connecticut, Maryland and New York. There. he buys French confiture and mustard, herbes de Provence, the Anis de Flavigny candies, French wines and chocolates.

According to Sarah Diligenti, executive director of Alliance Française Washington D.C., “If you are NOT a French diplomat in D.C., then you feel like a hunter-gatherer, especially if you ONLY want to buy French products.” (Emphasis caps are Diligenti’s. There is a French grocery store at the French Embassy that sells many kinds of French products, even washing powder but for diplomates only.) Her French grocery store shopping also takes her to Balducci’s where she claims the “butcher speaks French and knows the cuts of meat ‘à la française.’”

Diligenti’s first choice is Rodman’s which offers a large variety of international foods in three stores in the D.C. area. Her favourites are the Roland brand for roasted chestnuts and flageolets, LU and other French cookies, Dartagnan pâtés and a great selection of wines and champagnes. She claims the prices are good too. She also shops at Whole Foods and Trader Joe’s although they have a smaller selection of French products. 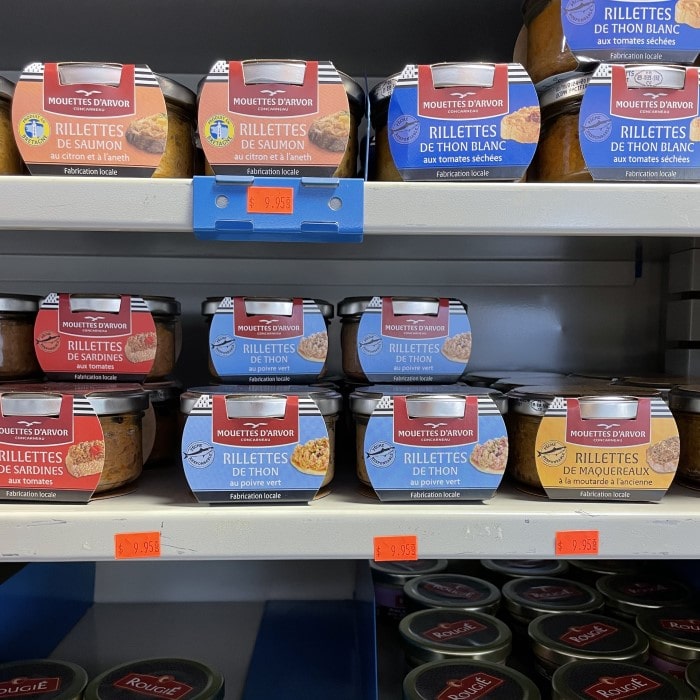 Rillettes for sale in the U.S. © Martha Sessums

According to Eric Vespierre, president of Alliance Française de Cincinnati, the grocery store choices are Trader Joe’s, which has a limited choice of French products, and Jungle Jim’s International Market, which has a “small but steady selection of French products from beers to cookies to sauces.” Vespierre would like to have a French-oriented grocery store in the area because “everything that rings the French bell in the neighbourhood is good publicity for us.”

Frenchery offers Bordier butters, fresh truffles, frozen Lenôtre croissants and baguettes along with foods from other countries that are enjoyed such as U.S.-made Fabrique Délices charcuterie or La Fermière yogurt.

Another favourite for charcuterie is Goudy’s French Cuisine. Online or pickup orders are available for a selection of sausages, paté, rillettes, foie gras and even French meals when making cassoulet is just too much work.

Whew. The list is long and I’m sure I missed many stores. The good news is that there are plenty of places in person and online to buy your favorite French favourites, including Tucs. Miam.