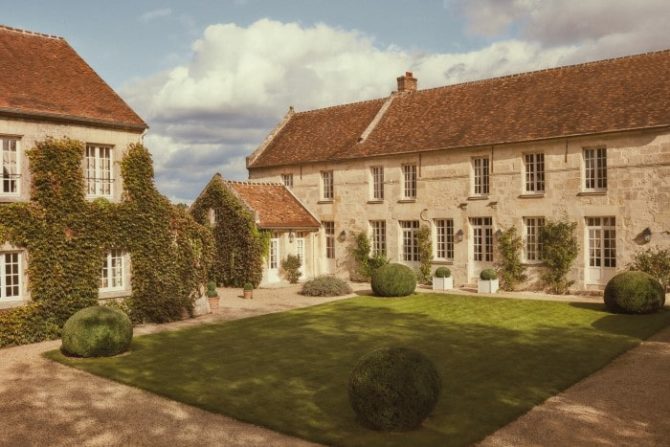 Cordelia de Castellane, the artistic director of Dior Home and Baby Dior, talks about her fashion career and shows us around her home.

Excerpted from Life in a French Country House with permission from the publisher, Rizzoli New York. Words by Cordelia de Castellane. Photography by Matthieu Salvaing

My biggest stroke of luck is being surrounded by people who inspire me. My family is the centre of my life. It’s a big one in which a lot can happen, resulting in a sense of drama from time to time. My mom’s Greek blood and my dad’s Spanish origins sometimes gave family gatherings a rather unexpected flavour. Furthermore, we are a slightly unusual family, with a good dose of eccentricity and originality. Everyone has their own style, and many of us draw or paint. As children, we danced and sang a lot, and each of my cousins had their own touch of extravagance and genius. I must admit that we are incredibly lucky to complement each other so well, and I try to pass that on to my children every day. Then there is the freedom that the women in the family learned to take, specifically in their choice of clothes, cooking, gardens, paintbrushes, and above all, life in general. Thanks to all of them, I have this too. I bring this house to life with the same freedom, and I am happiest here when I’m surrounded by my family. 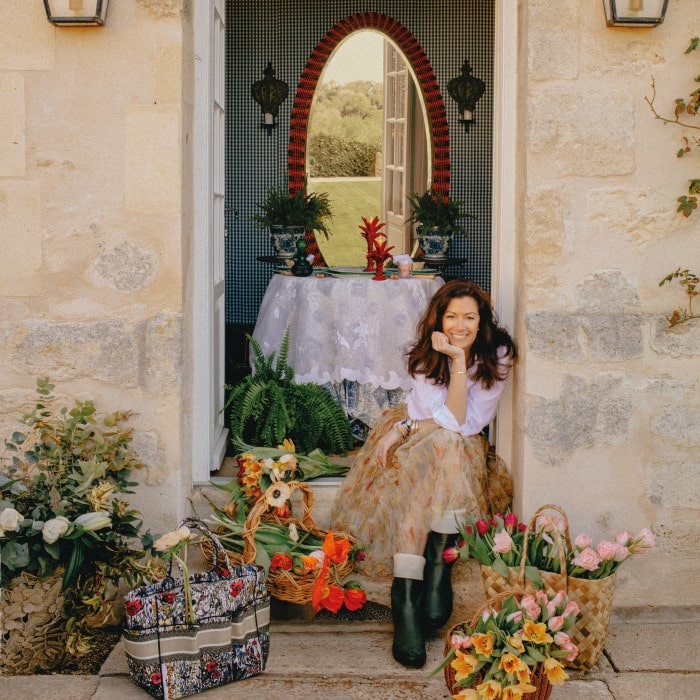 Organised according to the seasons of the year, the chapters of this beautiful book uncover Cordelia’s tips for living and entertaining à la française. © MATTHIEU SALVAING

I grew up between Paris and Switzerland. When I wasn’t in Paris, I was in the Swiss mountains with my grandparents. I was often a bit behind what was cool, living in a world of my own in my mind, and perhaps that made me a bit unusual. I left never-ending Sundays at the flea markets to go striding across hills and look after the neighbours’ cattle. I felt much more like Heidi than a Parisian. I never had the jeans that all my friends were wearing. I had a strange name, so I cheated and said I was called Caroline. An only child? I normalised that by inventing little brothers. Whereas other children followed a traditional school schedule, I spent time in the mountains throughout the year and went to an island in Greece for the summer, with “personalities” that seemed completely disconnected from the entire world. I think I suffered slightly from being different.

My Greek grandparents were intellectuals who brought me up listening to the opera greats. I learned ceramics and painting, and my bedtime reading moved swiftly from the Comtesse de Ségur’s novels for children to Camus and Malraux. My maternal grandfather, the son of a minister who founded the League of Nations, was the Greek ambassador to France and an active Resistance fighter during World War II. He shaped my upbringing with a very militaristic style, teaching me the values of one’s country and giving me a taste for hard work. If I ever harboured the slightest hope of behaving like a spoiled little girl and having a tantrum, I very soon understood that it was pointless. I should specify that despite how strict he was, my memories of him are filled with love and admiration. I would like to know the truth about his real life, as I always suspected that he was working for the French, or the Greek, secret service. 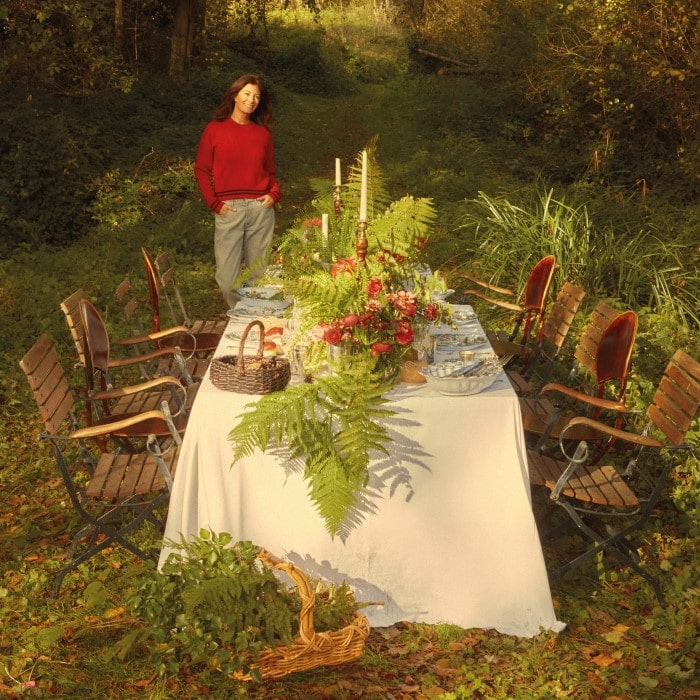 My maternal grandmother, Katia Politis, is probably one of the most elegant and cultivated women I have ever known. Classical in style and impressively well cultured, she ran her house in a very natural and chic way. I spent hours with her, drawing in museums. Even at the age of ninety-five, while feigning Alzheimer’s, she would still slip me the right answers in Trivial Pursuit! My paternal grandmother, Silvia Hennessy, was more whimsical. Very beautiful, feminine, and well turned out, she had a keen sense of family and lived her life with a great deal of courage and could have been a heroine in a novel. I have always felt inspired by these two women, along with my mother. My mom wasn’t like the other moms I knew, and I had to beg her to dress normally whenever we were getting ready to go out together. But it is impossible to sum her up in a few lines, so I’ll come back to her later through the photos. Saturdays were spent at Carette’s tearoom with her best friend, Gilles Dufour, and I would listen, fascinated, to their stories that were quite unlike anyone else’s. And I have to say, it was Gilles who made me want to work in fashion. My Saturday evenings were spent with my friends Alexia, Fiona, Olivia, and Sophia emptying my mother’s closets and transforming the entrance hall into a giant catwalk.

My family and friends are a bit different, for sure, but I consider myself lucky to have them! As for my mom… only later would I understand that her looks were total genius, and I would love to have even a third of her whimsical style and her clothes, which I can’t fit into. 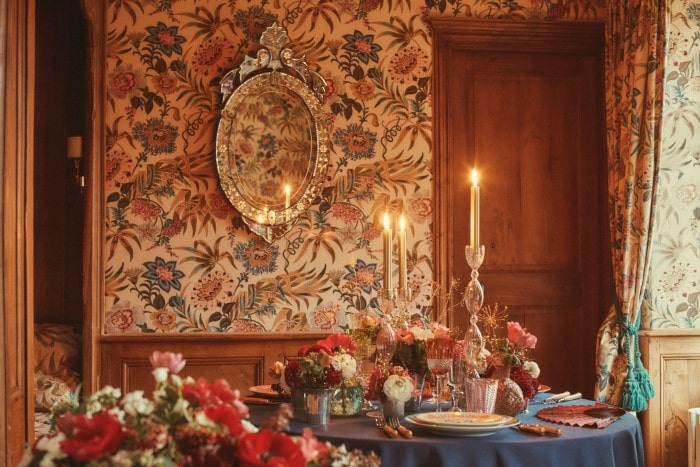 I never finished school, as apart from history and literature my work contained more drawings than words, and I started working at a very young age. Work is the key word in my life. My wonderful father trusted me, and he let me make this choice. Throughout his life he was my best advisor and teacher. He knew how to understand women. I often say that he was more of a feminist than anyone! We are very much alike. When I turned sixteen, Florence Grinda, a very close friend of my parents, found me an internship at Ungaro. In the end, this internship with Emanuel and Laura Ungaro lasted nine years, and that was how my apprenticeship of life began. I often say I owe them everything. Between Laura’s tables and Emanuel’s poetry, I was plunged into an extremely refi ned world of art. I learned the magic of blending colours and prints. And gradually, in a studio that worked to the rhythm of a classical radio station and René Char’s melodic poetry, I became a woman. In turn, at eighteen years old, I became a mother to Stanislas, and then to Andreas, my two wonderful sons. I have to say, by the way, that their paternal grandmother, Maryll Lanvin, has the prettiest garden ever. And now I understand the love she pours into it.

After my years at Ungaro, my cousin Ségolène Gallienne and I created C de C, a brand of children’s clothing, and that adventure lasted ten years. At the same time, I took over as artistic director at Baby Dior, then at Dior Maison, and in the middle of this marathon I had two more children, Clélia and Vadim, with the son of the sublime Catherine de Limur, director of haute couture at Emanuel Ungaro. My four children form the core of my life. Although it sounds like I do a lot of things, it is all centred around these four inseparable musketeers, whose close relationship fills me with wonder every day. Gradually, I have accepted that being different isn’t so bad: “Cordelia” is not so strange, if Shakespeare chose it; it can be stylish to not have the same jeans as everyone else; and my fortune to have spent a carefree childhood between Gstaad and Skorpios is like a dream memory. In their own way, my family has taught me to take interest, to learn, to understand, to draw, and quite simply, to dare.