Is This a Good Time to Buy a House in France? 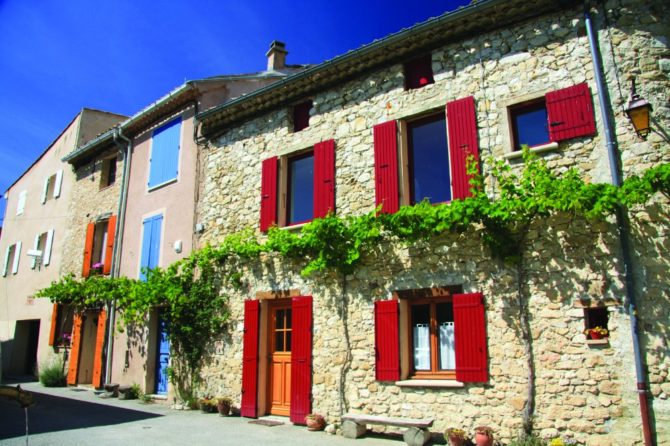 Answering phone calls from prospective buyers, who place their trust in our expertise, is a major part of our daily duties at FrenchEntrée Property Services. We understand that buying a property in France is one of the most important decisions most people will ever make and, as such, it generates a degree of anxiety. So it’s natural that many of our clients start by asking, ‘Is this a good time to buy in France?’

In all honesty, there is no simple answer to this question – it depends on many factors surrounding a transaction which is yet to take place! It’s an absolute priority for us to make sure that the information we provide to clients is accurate and up-to-date, and we know better than to provide them with any sort of ‘property horoscope’.

However, we are able to provide clients with an informed opinion regarding the expected trends of the market as, using our considerable professional experience, we are constantly gauging the French property market, examining global economic indicators and talking to experts in the field.

The Market, Then & Now

Since 2008 – which was a bumper year for French house prices – average property costs across the country have fluctuated in both directions. In 2010, after a sharp drop at the end of 2008 and during early 2009, French house values were on their way to bouncing back to their pre-crisis level. Unfortunately, 2011 and 2012 saw a downward movement in property prices throughout France, with very few exceptions, such as Paris and the more affluent areas of the Côte d’Azur.

In terms of property price fluctuation, 2013 was relatively quiet and although there was still a downward trend, most areas started to stabilise. The fact that there was no sudden drop in price levels last year has given rise to another recurring client question: ‘Have prices bottomed out?’ Again, there is no way to know for sure.

Traditionally, French property vendors are not used to speculation on the price of their property. The final prices were very close to those being asked and any negotiations between vendors and buyers merely revolved around whether or not – for instance – the washing machine and curtains were included in the sale. However, market conditions have changed and vendors’ expectations are now being lowered, enabling real discussions to take place. That said, the level of negotiation that is possible depends on the particular circumstances of the vendor.

It took a while for vendors to adapt but it definitely became a foreign buyer’s market in 2013, with some really good deals to be made. In our estimation, 2014 should continue to be a good year in terms of price negotiation for property buyers.

It seems that France entered the recession later than other countries, such as the USA and the UK, and the ripples are still being felt by its economy. Therefore, we would not be surprised to see a continued decline in the number of property purchases by French nationals over the course of the year. This means that, with fewer local buyers to compete against, foreign investors should be in a stronger position to reach an advantageous deal with a motivated vendor.

Another aspect which could play in favour of foreign buyers is the currency exchange rate. The French economy still seems to be feeling the hangover from the financial crisis and judging by soundings received from colleagues and experts in the industry, there seems to be a consensus that there is a good chance the Dollar and Sterling will become stronger against the Euro.

A point worth remembering is that the mortgage rates offered by French banks hit their lowest level in recorded history during 2013 and have remained there. At the time of writing, it is possible to find fixed rates as low as 3.5 per cent, depending on the amount of the down payment.

It’s wise to remember a very important feature of French mortgages, namely the option of fixing the rate for the life of the loan, which avoids ugly surprises should rates increase.

Looking at the number of people who we helped during 2013 and given the early signs this year, we are all rather optimistic about 2014. We think that foreign buyers could well represent an even bigger share of the French property market this year, which means that some of you will end up with a great deal on your hands.

Gaëlle Perreaux is in charge of FrenchEntrée Property Services Ltd, which has been helping international buyers find their dream property in France for a decade. With over 120 estate agent partners, they are able to source any kind of French property, priced from 40,000 euros to 40 million euros.

Originally published in the February – March 2014 issue of France Today