‘Matisse, An Open Book’ at Centre Pompidou in Paris 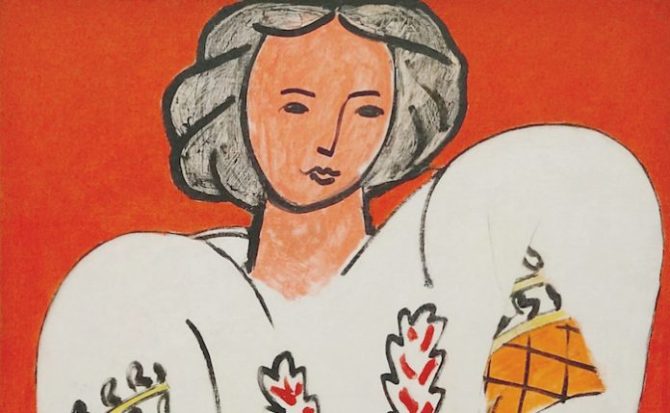 Marking 151 years since the birth of Henri Matisse, the Centre Pompidou in Paris is paying homage with its flagship exhibition ‘Matisse, comme un roman’ (‘Matisse, like a novel’). More than 230 works and 70 documents tell the story of the artist’s life and work, presented like a novel in nine ‘chapters’, unfolding from his beginnings, through his paintings in the 1890s, all the way to the cut gouaches he made at the end of his life.

Each of the nine sections is enriched by the viewpoint of an author who focused on Matisse’s work: Louis Aragon, Georges Duthuit, Dominique Fourcade, Clement Greenberg, Charles Lewis Hind, Pierre Schneider, Jean Clay and, finally, Matisse himself.

Matisse is long remembered as an innovator. In 1942, he declared: “The importance of an artist is measured by the quantity of new signs he has introduced into visual language.”

For the first time, this exhibition displays works representative of all the techniques that Matisse tirelessly developed – drawing, painting, sculpting, engraving, paper cut-outs – with around 100 pieces from the collection of the Musée National d’Art Moderne, enriched by remarkable loans from the Matisse museums in Le Cateau-Cambrésis and Nice, plus the Matisse collection at the Grenoble museum. In an exceptional illustration of Matisse’s body of work as it has never been seen together before, the exhibition provides a unique glimpse into his approach to creativity.