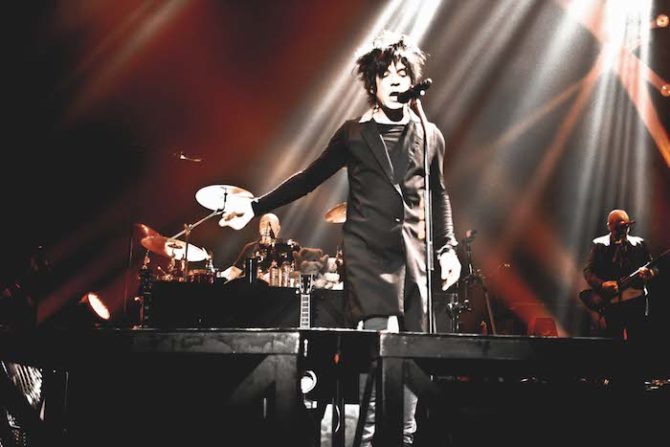 Most folk who grew up in the 1980s remember Indochine with the same misty-eyed sentiment. Hugely popular in their native France, and subsequently the rest of Europe, they remain well known for their synth-heavy pop-rock – and for vocalist Nicola Sirkis’s trademark barnet. Obviously. By far the group’s biggest hit and first major success was ‘L’Aventurier’ in 1982. Upbeat and highly synthesised, it’s easy to see why the band was so often (and somewhat dismissively) dubbed “France’s answer to The Cure”. Other fan favourites include ‘Canary Bay'(1985) and comeback song ‘J’ai demandé à la lune’ (2002) – a great place to start for the uninitiated.

Now veterans of their genre, with Sirkis poised to turn 60 in June, Indochine continue to record and tour. Perhaps most refreshing is their resolute faithfulness to the ’80s sound that launched them into fame. Without knowing the release date of their latest album 13 (it’s 2017, FYI), one would think it had been plucked straight out of that most rose-tinted decade.

Previous Article Your Essential France-Themed Reading List
Next Article Worth its Salt: A Trip to Salies-de-Béarn