On Écoute: Stuck in the Sound 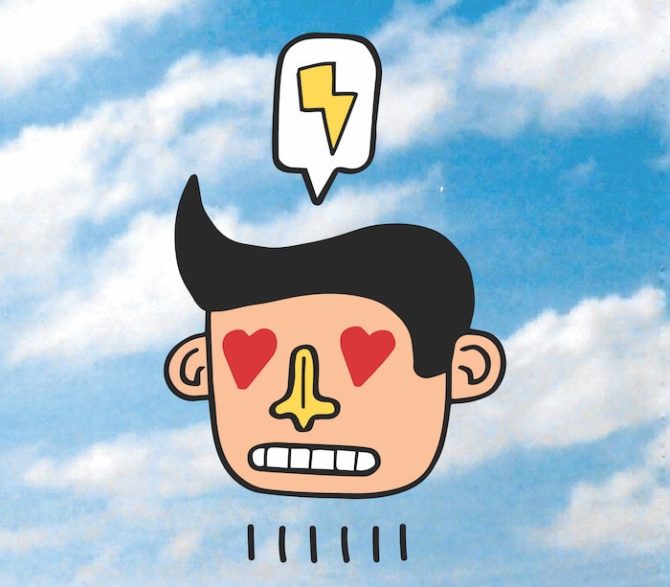 Let’s begin with an origin story. Formed in Paris in 2002, indie rock band Stuck in the Sound is made up of four nostalgia-prone men in their 30s (ish): José Reis Fontao, Emmanuel Barichasse, François Ernie and Arno Bordas. It was the grungy ’90s when this quartet were in their music-hungry teens, so it’s little surprise that they cite Nirvana, The Smashing Pumpkins, The Pixies and Sonic Youth among their greatest influences.

As for their own name? It stems from a basement, of all places. Holed up au sous-sol to record, they found themselves, quite literally, stuck creating their own sound: an energetic medley of guitars, bass, drums and English-only vocals. They’ve become indie icons in their native France, but the group’s global fame is down to their trilogy of viral animated music videos.

The famously weird-and-wonderful MV for ‘Let’s Go’ (2012), featuring a stoic purple astronaut on an ill-fated mission, has garnered a jaw-dropping 65 million views on YouTube. It’s followed by the fluidly animated ‘Brother’ (2012) – another gorgeous sequence set in space – and ‘Alright’ (2019). We can hardly think of a more epic journey: from a Parisian basement to the stars.

C2C (COUPS2CROSS): Formed in Nantes in the late ’90s, C2C is a high-profile turntable band. Tetr4. On and On Records