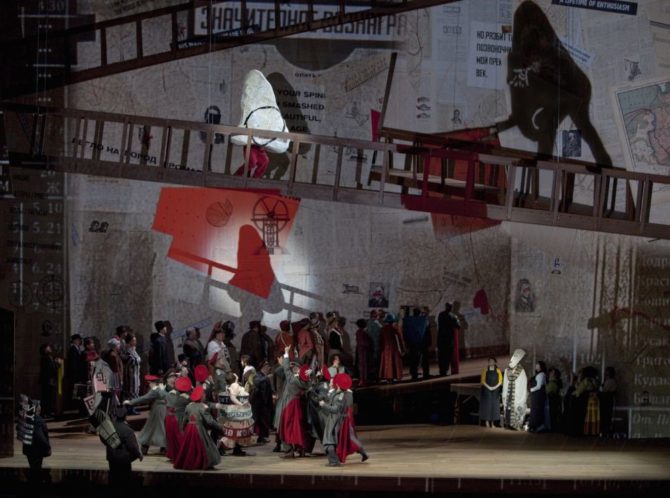 One of the most prestigious music festivals in Europe, in several venues including the delightful courtyard of the former Episcopal Palace. On the program: Verdi’s La Traviata with star soprano Natalie Dessay, Mozart’s La Clemenza di Tito, Shostakovich’s The Nose, Handel’s Acis and Galatea and Thanks To My Eyes, a new opera by composer Oscar Bianchi. July 5–25, 2011 www.festival-aix.com

Presented in a dozen venues, with nightly opening-week projections outdoors in the ancient Roman theater, the photo festival this year spotlights Mexico with an exhibit of vintage prints documenting the 1910 Mexican revolution and a retrospective of contemporary photographer Graciela Iturbide. Also on show: tributes to the longtime director of Paris Match, Roger Thérond, and to the 30th anniversary of The New York Times Magazine. July 4–Sept 18, 2011 www.rencontres-arles.com

Under the parasol title A Territory for Experimentation 1951–2011, more than 30 museums, cultural centers, art schools and galleries in cities and small towns along the Riviera will present the works of some 200 international artists, from Arman to Bernar Venet. June 25–Nov 7, 2011 www.artcontemporainetcotedazur.com

On the Riviera where the Jazz Age began in the Roaring Twenties, Europe’s oldest jazz festival, launched in 1960, is still among it very best. On the bill on the big outdoor seaside stage this summer: Herbie Hancock, B.B. King, Jamie Cullum, Carlos Santana, Marcus Miller, the Keith Jarrett Trio, James Hunter and more. July 14–July 24, 2011 www.jazzajuan.com

In a big outdoor arena against the background of the ancient Roman theater wall, a Comédie Française production of Racine’s Andromaque; Verdi’s Aida, with soprano Indra Thomas and tenor Carlo Ventre, and Rigoletto with baritone Leo Nucci and soprano Patrizia Ciofi; and, in concert, Tchaikovsky, Rachmaninov and Beethoven’s 9th. June 17–Aug 2, 2011 www.choregies.asso.fr

In a tiny Provençal town, probably the most important piano festival in the world will present this year Boris Berezovsky, Brigitte Engerer, Dimitri Bashkirov, Zhu Xiao-Mei and Arcady Volodos among many others, along with jazz by Brad Meldhau, Tigran Hamasyan, and the Tord Gustavsen Quartet. July 22–Aug 21, 2011 www.festival-piano.com

A first—a musical extravaganza at the Château de Versailles celebrating Vivaldi and his hometown, with operas and concerts in the Opéra Royal and the Hall of Mirrors, gondolas on the château’s Grand Canal and an all-night Venetian masked ball. A few highlights: mezzo-soprano Cecilia Bartoli, countertenor Philippe Jaroussky, tenor Topi Lehtipuu, violist Jordi Savall, William Christie with Les Arts Florissants, and actor John Malkovich as Casanova with music by Mozart. June 24–July 17, 2011 www.chateauversailles-spectacles.fr

Originally published in the June 2011 issue of France Today