The Heritage of Montpellier: Top 5 Things To See and Do 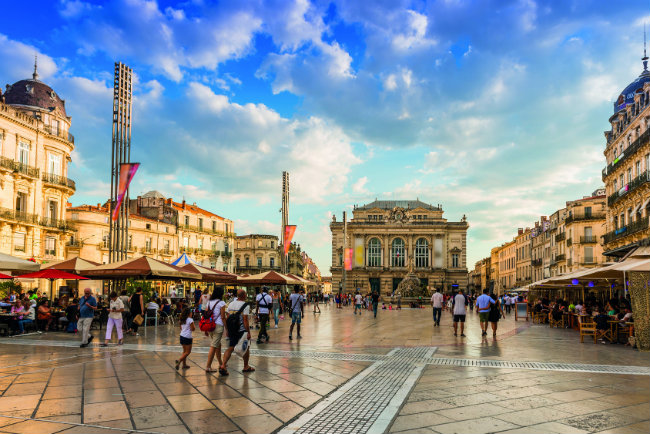 Often overlooked for France’s southern metropolises, the capital of Languedoc is a truly effervescent city with culture aplenty, a thriving art scene and historic gems to explore at every turn

With more monuments than you can shake a stick at, Montpellier is cultured to the hilt. One absolutely unmissable attraction is the art museum, the Musée Fabre. A masterpiece in its own right, the former Jesuit College was given a contemporary makeover some ten years ago and now stands as a shining example of the seamless blend of classic and cutting-edge architecture that has become synonymous with the hip city. Founded in 1825 by painter François-Xavier Fabre, the vast 9,200m2 exhibition space showcases 800 paintings, 900 engravings and 3,500 drawings – one of France’s richest collections of European art.

Trimmed with imposing Haussmann-style buildings, the Place de la Comédie is not only the city’s focal point – and foremost student hangout – but the largest pedestrian square in Europe. Just watch out for breakneck skateboarders and would-be BMX stuntmen swarming the place; they have a tendency to treat the square like their own private playground. 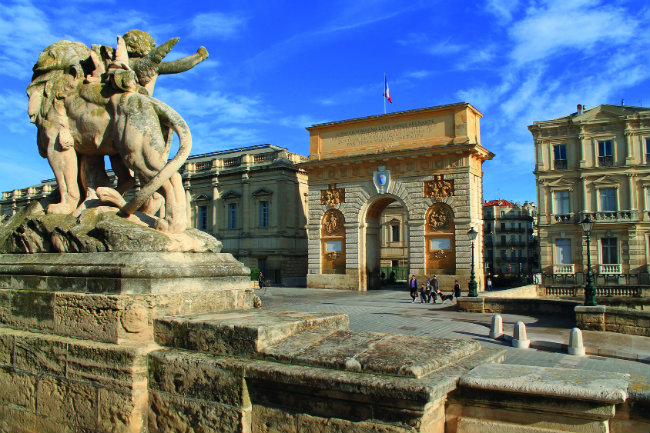 Once the purlieu of Montpellier’s well-heeled bourgeoisie, these days the Promenade du Peyrou, a park and tree-lined esplanade on the eastern edge of the city, is the stomping ground of tourists and Instagrammers. With such a concentration of historic monuments in one handy locale it’s no wonder. But where to begin? First, take in the statue of Louis XIV surveying his kingdom, before beholding the square’s centrepiece, the 15-metre-high Arc de Triomphe dating from the 17th century– brave the 100 steps to the top for a breathtaking view of the city. Then, wend your way to the neoclassical Château d’Eau, fed by an aqueduct whose swooping arches rise behind the tower.

As a city famed for its resplendent architecture, it should come as no surprise that Montpellier has some of the most spectacular hôtels particuliers in all the land – and more than most too, with 80 and counting. While many of these elegant private mansions – erected by nobles and city officials during the 17th and 18th centuries – and their beautiful courtyards are off-limits, you can still visit a select few escorted by a guide. Among the standouts are the Hôtel des Trésoriers de France, once home to financier Jacques Coeur; the Hôtel de Mirman, whose foundations date from the 13th century; and the Hôtel de Montferrier with its Renaissance-style escalier à balustrade. 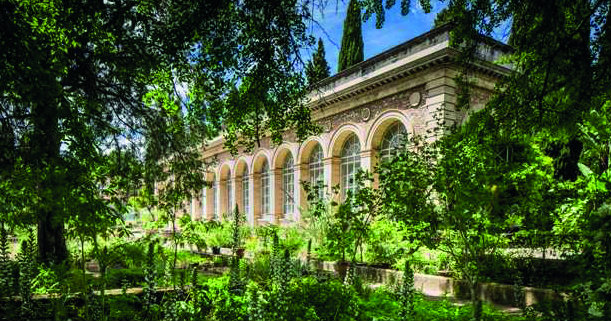 One of Montpellier’s most underrated gems is the Jardin des Plantes, the oldest botanical garden in France. Commissioned by Henri IV in 1593, it went on to serve as a model for all subsequent botanical gardens in the country, including Paris’s, which was laid out 40 years later. A historical monument and protected site, over the centuries the jardin has grown exponentially and now boasts an arboretum and landscaped park. Along its shady paths you’ll find more than 2,500 species, including nine varieties of palm and 250 medicinal plants, as well as a glorious 19th-century greenhouse.