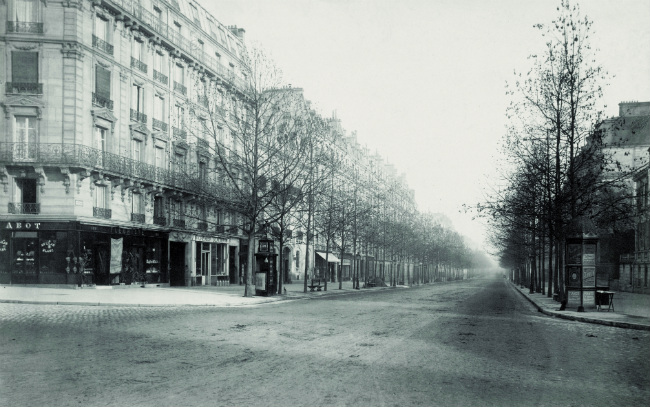 The Boulevard Haussmann is the beating heart of Parisian shopping, but who is the man behind the name of this prestigious address?

Baron Georges-Eugène Haussmann is responsible for much of the transformation of Paris from confused warren of medieval alleyways to modern city. To his detractors he was a vandal who carved wide thoroughfares to help the French army crush popular uprisings; to his supporters he was the genius who engineered the rebirth of the capital.

Napoleon III thought Paris to be a crowded, unpalatable and unsanitary muddle. Enter Haussmann who, as newly appointed Prefect of the Seine, came up with a plan to cut wide swathes across the city, north to south and east to west, on either side of the river, through some of the most densely populated districts. The new boulevards were lit with gas lamps and lined with apartment blocks, now known as Haussmann buildings, with their regulatory six-storey height and distinctive stone and ironwork façades.

The best area to see pre-Haussmann Paris is the Marais, where the maze of streets have preserved some of the city’s historical flavour. Compare this district with the Champs-Élysées or the Boulevard Haussmann… Historical heritage or City of Light: which do you prefer?

Previous Article Win a Luxury ZChocolat Box Worth £487/$676
Next Article From Louis XIV to Napoleon: Feast Fit for a King