100 Places in France Every Woman Should Go 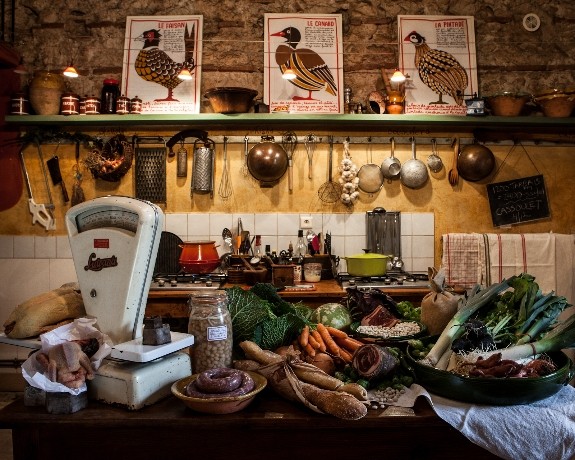 Just in time for the holidays, a splendid new book on France has hit the shelves. 100 Places in France Every Woman Should Go, published by Traveler’s Tales, was written by Marcia DeSanctis, a former TV news producer for Barbara Walters and award-winning journalist who has penned articles for publications like Vogue, Town & Country, Marie Claire, Departures, and The New York Times Magazine. More than a guidebook, it’s a collection of stories that provide an insider’s take on French culture. DeSanctis also reflects on some of the country’s great women, like Edith Piaf, Catherine de’Medici, and, bien sûr, Jeanne d’Arc.

For those smitten with travel to France, this volume is a real gift. De Sanctis is like your stylish, well-travelled friend who dishes on all her favourite finds in the hexagon. From the lighthouses of Brittany to the cheese paradise of the Auvergne, from the best places to buy lingerie in Paris to the city’s arthouse cinemas, DeSanctis has curated 100 distinct experiences that you’ll want to revisit again and again.

In this exclusive excerpt, DeSanctis takes us to the gourmet paradise of Gascony, where Kate Hill’s Kitchen-at-Camont delights visitors with cooking classes, charcuterie programmes, and a true immersion in terroir.   —Mary Winston Nicklin

Could even the French be unclear on the geography of Gascony?

When I wrote one tourist official in the southwestern part of the country for information on the area, she wrote back, “Marcia, what do you understand Gascony to be?” It seems that Gascony—administratively and as a point on the map—is somewhat fluid, a vague green kingdom of perfumed fields and farms south of the Garonne River. But as a concept, Gascony is rock solid. Like Nirvana, it is a place of ideal happiness, an earthly Elysium, a land of milk, honey, duck confit and Armagnac as smooth as butterscotch. If anyone ever writes A Year in Gascony, watch out.

There is no hustle here, only flow—of rivers, of hills into ravines, and of life from one growing season into the next. Here, you marvel at the sheer abundance of everything except tourists. And noise. And traffic. It’s not an area with any molten urban core but spread out softly like a fertile blanket over the Gers department in the Midi-Pyrénées. From there it moves west through the Lot-et-Garonne in lower Aquitaine over to the Atlantic, abutting portions of the Pyrénées south towards Spain.

Gascony is where small cities with honey-hued stone buildings cluster on the riverbanks. Northwest from Toulouse, there is Agen on the Garonne, where fat plums turn into sweet prunes, and Nerac on the Baïse, whose languid charms and old-style chocolaterie La Cigale inspired Joanne Harris’s book Chocolat. There is Condom in the Gers, also on the Baïse, which has nothing to do with latex prophylactics, and everything to do with dark Armagnac brandy produced there and aged in oak barrels, served as the antidote to dinners where everything is steeped in pork or duck fat. There is Auch on the River Gers and a statue of Gascony’s most famous progeny, the oft-portrayed Count d’Artagnan, one of Alexandre Dumas’s musketeers, who in real life, was involved in much derring-do for King Louis XIV. The area has a preponderance of 13th- and 14th-century fortified villages, or bastides, such as Larressingle and Montréal, and all throughout Gascony, there is a dense overlay of some 500 medieval châteaux and fortresses. Many are affixed with squared-off towers in the austere style unique to the area, built by the British over centuries of fighting against the French. The châteaux Busca-Maniban, Lavardens and Cassaigne are worthy of a detour and a morning. But even in the historical realm, cuisine has always been the coin of the realm, even a directive from on high. This is Henry IV country, the good king born in Pau, who first said—roughly translated—“A chicken in every pot.” Now, it’s foie gras on every plate.

There are stretches of sunflowers grown for oil and seeds, acres of fruit trees that heave with ripe peaches, figs and apricots, markets warmed by fresh peasant bread, Roquefort cheese. And there’s Floc de Gascogne—a mixture of Armagnac and grape juice that will bring the roses to your cheeks. Yet it’s true, duck fat is one of the major food groups here, along with cassoulet, dry-cured magret, thick rashers of bacon and every manner of sausage and terrine. But in Gascony, one gives in with abandon to these salty temptations.

Believe it or not, there’s not even a downside for vegetarians, because the abundance of Gascon farms and orchards offers an almost wild sense of well-being for those who stay away from pig and fowl. “There is no soil like Gascon soil, no climate like Gascon climate,” says Kate Hill. The exuberant American expat is the unrivaled master of all that is worth doing in Gascony—cooking, marketing, learning the palate, running your fingers through the dirt and discovering the chefs and producers of the region. “We are the California of France.”

In short, Gascons are larger than life, the true bon vivants of France. There is one indispensable place in the area in which to learn one of life’s key lessons—how to live it—and that is in Hill’s kitchen and in her company. An itinerant Navy brat who grew up mostly in Hawaii, she procured a barge in Amsterdam 25 years ago and steered it into France. When it broke down in Gascony, she never left. Rooting herself in the rich local culinary tradition, she developed adroitness in preparing charcuterie, foie gras, confit, rillettes, among many other delicacies. Now Kate’s expertise is sought after by professional chefs, amateur cooks and just regular men and women who wish to learn about the history and palate of Gascony. She gives courses and, sometimes, regional tours that last from four hours to four weeks, while her students stay at one of the darling hotels nearby. “I love to cover what people are interested in,” she says about her shorter courses. “This is not a heavy duty cooking school, but my kitchen is always busy, and always our home base.”

Kate’s Kitchen-at-Camont is in Sainte-Colombe-en- Bruilhois, a four-hour train from Paris to the nearby town of Agen. In springtime, you might prepare a meal with fresh asparagus, artichokes, strawberries, spring lamb, duckling or rabbit. Summer, winter and fall offer other fresh market ingredients. And though the kitchen is well-equipped and bounteous as a 17th century Flemish painting, where you could chop, eat, sauté and stuff all day, her other passion is to introduce guests to the vast and diverse dimensions of her Gascon neighborhood. “I love to peer down a beautiful alley, wander into a friend’s garden, or visit one of the pig farmers who sources my charcuterie, she says. “To explore how food and history is all woven together, and how it ends up on our plate in this place called Gascony.”

So voluptuaries, unite. And remember the French paradox? You may even lose weight, your cholesterol may well plummet. If, at the very least, you have just once tasted a pruneau d’Agen soaked in Armagnac, it will all have been worth it.

100 Places in France Every Woman Should Go, by Marcia DeSanctis. Reprinted by arrangement with Travelers’ Tales. 420 pages. Now available at bookstores and on Amazon.

Previous Article Visiting Colmar in the Heart of Old Alsace
Next Article God! This Place is Beautiful or the Amazing Story of Loc-Dieu