Things to See and Do in Gironde 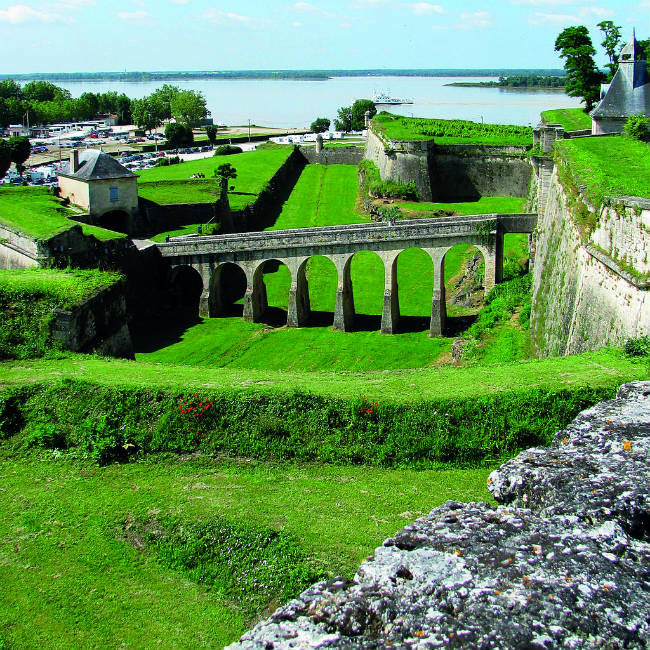 Related articles: Raise a Glass to Gironde
12 Châteaux You Must Visit in Bordeaux Wine Country

There is plenty to do in Bordeaux, even setting aside the châteaux. In the city itself, there are no fewer than 15 museums. Well worth a visit is the Musée d’Aquitaine, which tells the history of Bordeaux and the surrounding region, from prehistoric times up to the present day.

Also interesting is the National Customs Museum, located in the stunning Place de la Bourse, which reveals behind-the-scenes secrets of the customs world.

Culture vultures should head to the Grand Théâtre in Bordeaux’s Place de la Comédie. Designed by architect Victor Louis and inaugurated in 1780, it’s home to the Opéra National de Bordeaux and is the best known and best loved of the city’s landmarks. A variety of operas, ballets and concerts are performed here.

Designed by the 17th-century architect, Sébastien Le Prestre, Marquis de Vauban, the citadel at Blaye is a magnificent construction with a breathtaking view across the estuary. A UNESCO World Heritage Site, the ancient fort still bustles with life (people still live within its walls) and, as well as soaking up its history, you can enjoy arts and crafts by local artisans.

And if you like art, make sure you spend a couple of hours at the Museum of Fine Arts, just behind the Palais Rohan, where you will find 330 paintings and sculptures, from Titian to Picasso.

Also, the Museum of Decorative Arts and Design, with its original furniture and décor, offers a remarkable glimpse of the lifestyle of the local aristocracy at the time of the French Revolution. 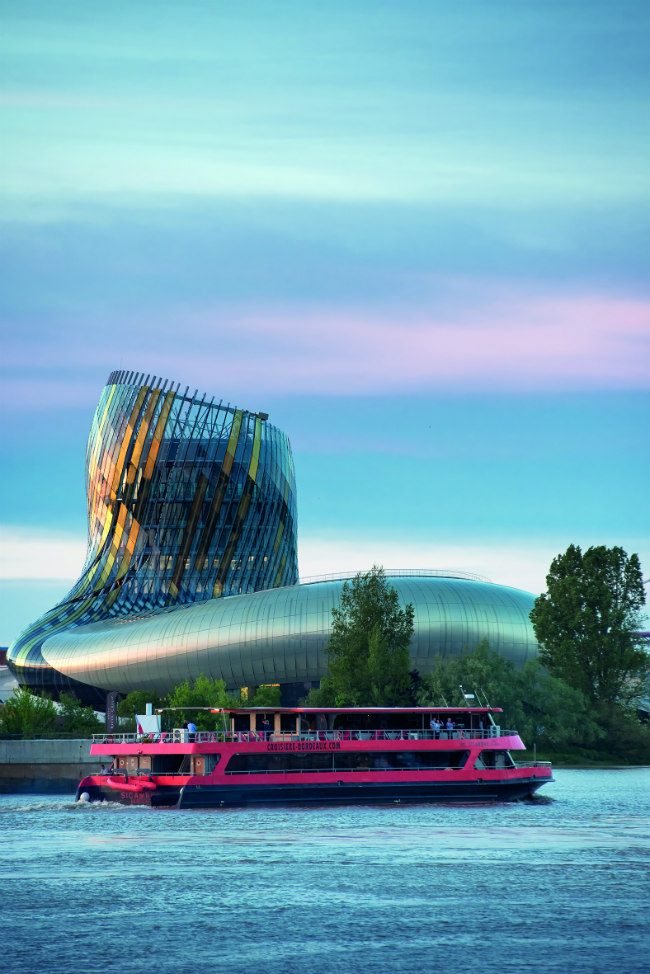 The museum everyone in Bordeaux is talking about is La Cité du Vin. Created by architects Anouk Legendre and Nicolas Desmazières in 2016, it is designed to remind us of the swirl of wine in a glass and the eddies of the Garonne. One of the city’s most beloved treasures, it is dedicated to the heritage of wine and offers a spectacular journey around the world, through the ages and across countless cultures and civilisations. It also has a lot of information about the wine routes of the region, so it’s a great place to start your journey.

Feeling a bit more active? Head to Château la Renommée, not far from Saint-Émilion, and join winegrower Jean-Michel Bonnichon for a Segway tour of his estate and further afield.

For a unique perspective, see Bordeaux from the skies. From Château Vénus you can choose from seven flights around the area, such as Graves and Sauternes, Grands Crus Classés of Graves-Pessac-Léognan or the Castle of Villandraut.

Why not combine a love of wine with a love of art during a trip to Mouton Rothschild’s Museum of Wine in Art? Situated in a former barrel hall, the museum boasts one of the world’s nest collections of wine-related treasures. A separate gallery was opened in 2013 to house a permanent exhibition of Mouton Rothschild labels by artists such as Picasso, Chagall, Warhol, Dalí and even Prince Charles.

This past June, the Bordeaux Wine Festival hosted the Great Ships on the city’s quayside. This four-day celebration included concerts, a 2km open-air wine trail from the 18th-century façades to the Garonne, a sound-and-light show, fireworks and – of course – tastings. Plus it was free to attend! This is a bi-annual event, alternating with a summer festival called Bordeaux Fête le Fleuve.

If you’ve had enough of wine, why not go whisky tasting? The distillery of Moon Harbour, is housed in an old bunker in the Bassins à Flot. The blended whisky is finished in Sauternes oak casks and the malt in Bordeaux red wine casks.

Break away from the vineyards for a bit of maritime fun at the lighthouse of Cordouan. This is the last remaining off-shore lighthouse in the world still  open to the public. It started life as a beacon tower in around 1360 before being rebuilt in 1584. Sail across with one of the boat companies, or hire your own boat. Check out the website first for safety advice.

In Arcachon Bay, go out with the oyster farmers and see a whole new side to this renowned delicacy. You can explore by foot, on bike or by boat. Enjoy the colourful huts and flat-bottomed boats, and be sure
to taste fresh oysters at the water’s edge.

Climb the Dune du Pilat, the tallest sand dune in Europe. It is 107m high, takes about 20 minutes to climb – and seconds to run/roll down. At only 60km from Bordeaux and just down the road from the delightful Arcachon, it’s not to be missed. From the top, you can enjoy magnificent views of the coast and the surrounding pine forests.