Treasures of the Museum of Ancient Arles 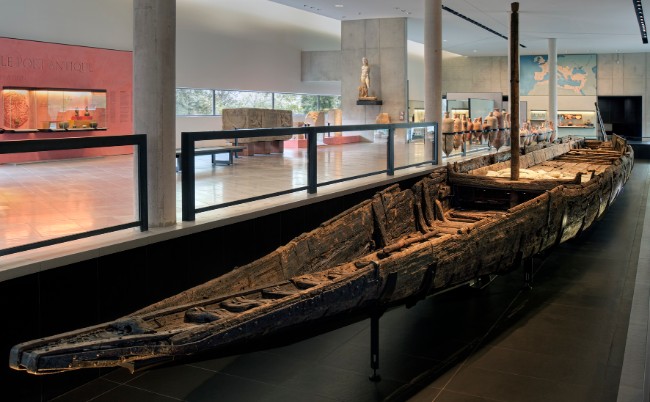 Ancient ships that have survived until today are few and far between because the wood they are made from disintegrates over time. Maybe the best known is the Gokstad Viking ship in Oslo, dating back to the ninth century. But far older is the Roman barge at the Museum of Ancient Arles, in Provence. This 2,000-year-old vessel is the highlight of a museum that is a must-see for any lover of Roman history.

This blue-walled building is built on the site of the old Roman circus, right next to the Rhône River. And that river is the source of some of the museum’s greatest treasures, due to a dredging program that began thirty years ago.

Arles was once a major commercial hub of the Roman Empire, where ships that plied the waters of the Rhône and the Mediterranean Sea unloaded their wares at the city’s docks. Due to storms and floods, some of those goods found themselves at the bottom of the murky Rhône, presumably lost forever. But with dredging, some of these ancient wonders were rediscovered, buried among the rotting tires, broken tiles and other detritus from the last twenty centuries. 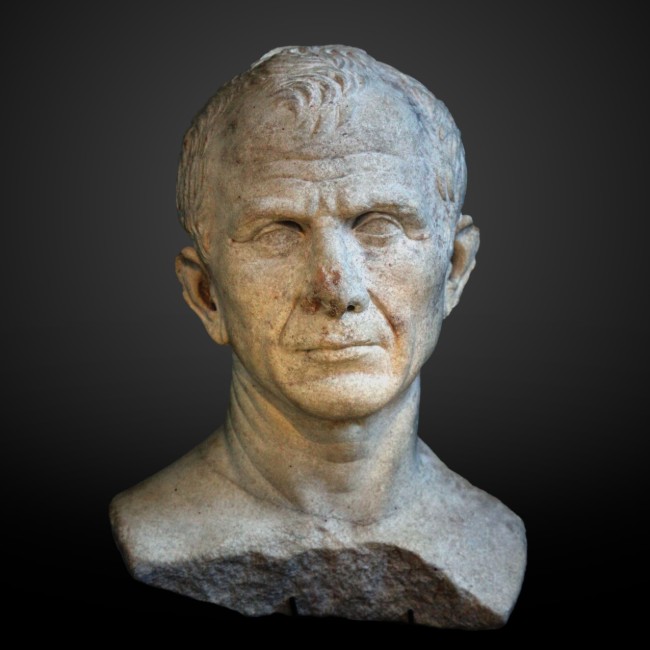 One such treasure is the bust of Julius Caesar, recovered in 2007 and holding pride of place in today’s museum. It is considered the only surviving statue of Caesar that was carved during his lifetime and is a striking likeness of the man, right down to the wrinkles and the Adam’s apple.

More remarkable still is the Roman barge that was discovered in 2004. More than 100 feet long, it created quite a stir when it was found. But raising the barge and preserving it required years and cost millions of dollars, so it remained in its watery grave until financing could be obtained. 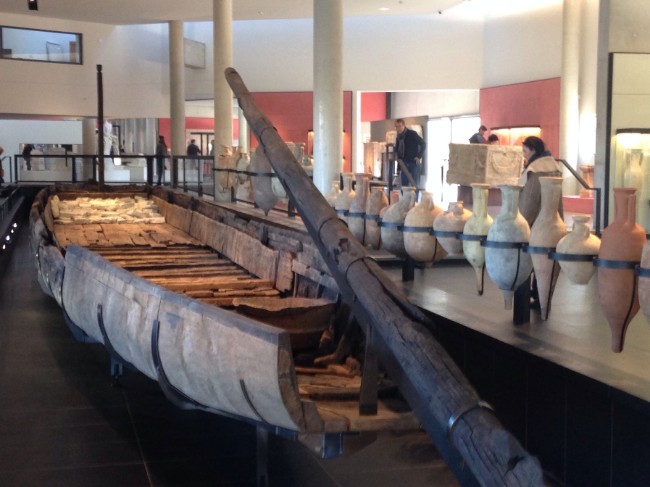 Happily, nearby Marseille was named European City of Culture for 2013, a designation that brought with it a windfall of funds from the European Union. Some were directed to the Arles museum, to restore the ship and build a new wing to house it.

The process by which this ancient barge was raised and refurbished is fascinating, as you can see in this 20-minute video (subtitles in English.)

The result is nothing short of spectacular: a ship longer than a basketball court brought back to life. Walking around it today, you can see where the cargo was held, where the crew cooked and slept, and imagine it sailing along the Rhône thousands of years ago, at the height of Rome’s power.

In addition to these two jewels, a highlight of the museum is its collection of beautiful mosaics. In one room there is an elevated path that lets you walk above a large floor mosaic, getting an excellent view of its many details.

Elsewhere are Roman statues, urns, coins, jewelry, sarcophagi, and mockups of ancient Arles and its monumental buildings. It is easy to spend hours exploring this fascinating place. A visit to the Museum of Ancient Arles is an excellent addition to any trip to Arles, one of France’s most historic and interesting cities.

The museum is open from 10am to 6pm every day except Tuesday and some holidays. Tickets are 8 euros, with certain reductions to 5 euros.

You can access the museum by foot (15 minutes from the Place du Forum), car (free parking), or the city minibus Navia A.

The museum has a nice boutique for picking up mementos, plus a lovely outdoor garden.

Food is available four days a week (Monday, Wednesday, Thursday and Friday) at the Domijote food truck outside the museum, and picnicking is allowed on the grounds.