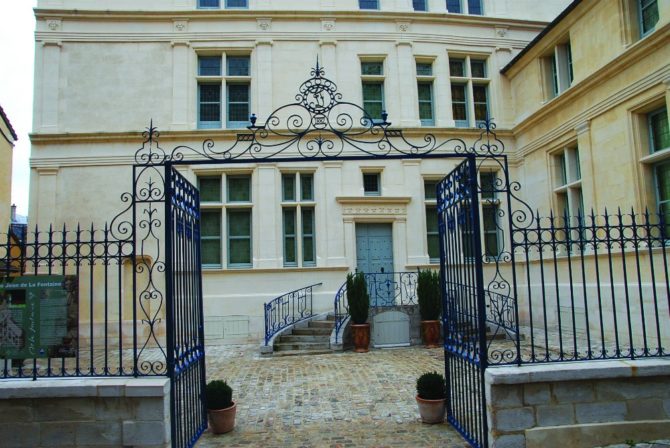 The opportunity to visit the home of a French writer is rare, let alone one where they were born and resided, intermittently, for some 55 years. Jean de la Fontaine was a 17th century Fabulist poet who’s best known for penning fables which are still read to children today, such as his version of Aesop’s The Tortoise and the Hare. His former residence at Château- Thierry in Champagne, built in 1559, is a sizeable Renaissance townhouse, situated beneath the vestiges of the commune’s castle. The poet’s parents were well-to-do – Charles a Master of the Royal Water and Forestry Commission, and his wife Françoise the daughter of a bailiff – and bought the house upon their 1617 marriage, with Jean being born there on July 8 1621. 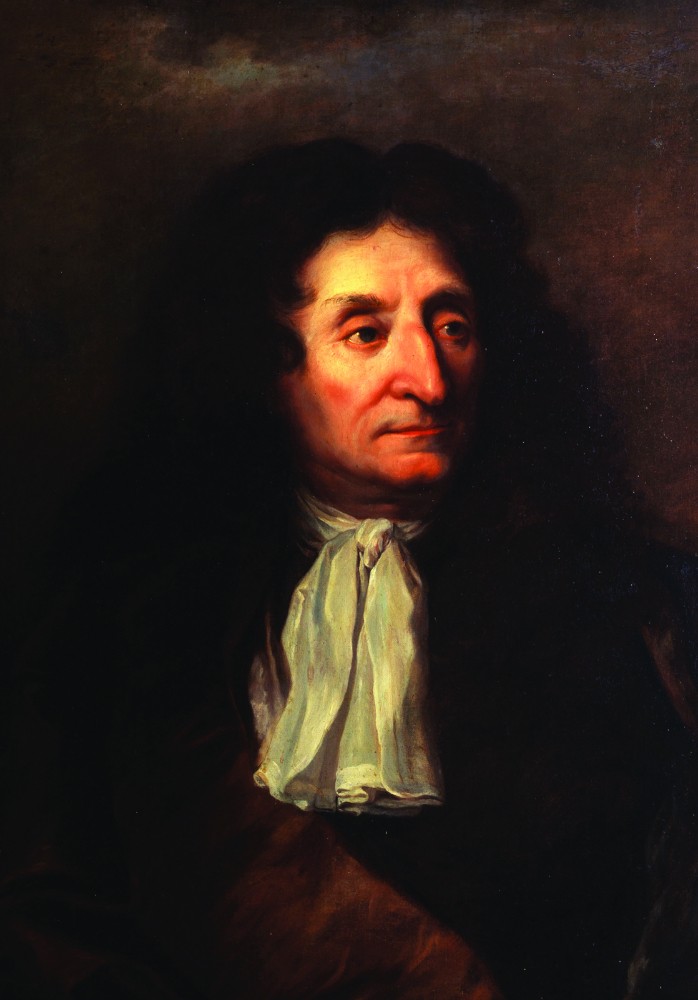 The House of Fables

On a gorgeous April morning, a swift 45-minute train ride took me from the Gare de l’Est in Paris to Château-Thierry. Then a pleasant, 15-minute walk took me across the Marne river, past a fine statue of the poet himself, which takes centre stage in the Place Jean-de-La-Fontaine.

The Musée Jean de La Fontaine is situated in his home, which now has the address 12 rue Jean-de-la-Fontaine. This narrow street was previously known as Rue des Cordeliers and looks much the same as it did during the poet’s lifetime, curving uphill towards the remains of the Château, with old houses girdling the foot of its walls. The same can be said of the Rue du Château, where young Jean attended the school (at no. 20) and later met such fellow writers as Racine and Boileau at the Auberge du Cadran (no. 31).

La Fontaine’s house boasts many of its period features, including the external horseshoe staircase, the grand stone escalier inside, the superb open-beam ceilings, some of the original floor tiles and the chestnut parquet. Unfortunately, La Fontaine’s furniture was all sold off with the house in 1676, when he decamped to Paris to seek his literary fortune.

The house’s monumental carriage entrance and the turret which led to the writer’s workroom are also long gone. Despite these lost details, the house has been successfully refurbished in the spirit of the 17th century. 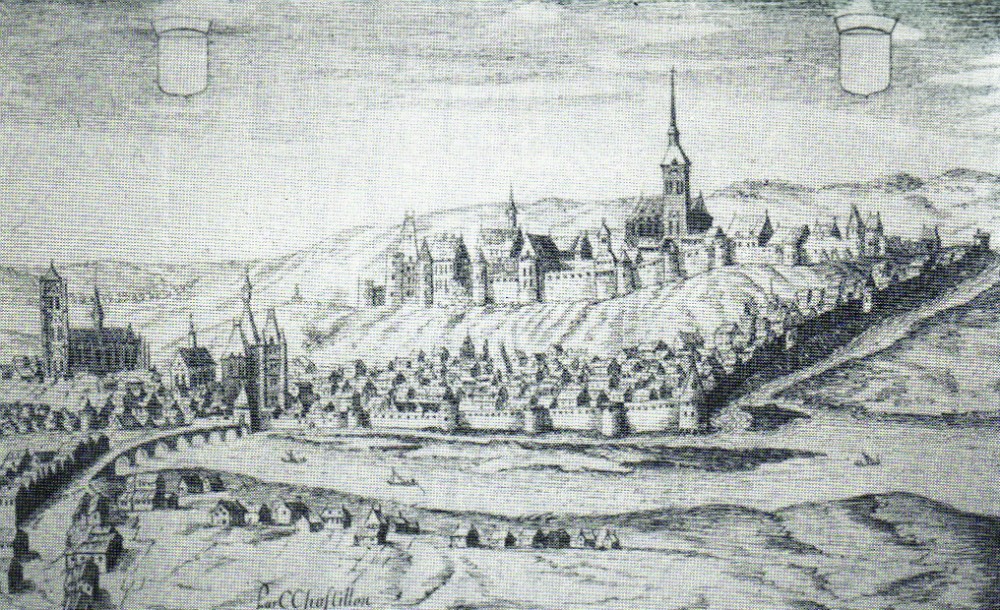 An engraving of Château-Thierry during La Fontaine’s time

Unfortunately, the detail of exactly which room Jean was born in is lost to the mists of time, but his baptismal certificate is on display on the ground floor, under the portrait of the poet painted by the illustrious Hyacinthe Rigaud, who’s best known for his depiction of Louis XIV which hangs at Versailles. La Fontaine himself was denied access to that grand palace, for he was among those who sided with the disgraced finance minister Nicolas Fouquet, his friend and early protector. However, this did not hinder Jean from being elected to the Académie Française on May 2 1686, ironically to the seat of the recently deceased Jean-Baptiste Colbert, who had supplanted the disgraced Fouquet.

La Fontaine’s popularity accounts for the museum’s wealth of copies of his Fables, which include François Chauveau’s first illustrated edition (1668), the Gustave Doré-illustrated version (1867) and, most famously, the edition boasting the work of Banjamin Rabier (1906). A multitude of visual representations of the fables are also on display at the museum– engravings by Marc Chagall; on silverware, prized china and porcelain; as Aubusson and Gobelins tapestries; printed as Toile de Jouy fabrics, and adorning board games and trinkets.

The popularity of the Fables is such that it overshadows La Fontaine’s lesser known works – for example, his Contes Libertins (Licentious Tales), which visitors can discover in le Petit Salon, on the musuem’s ground floor.

Delightfully saucy, they reveal Jean as a colourful, gallant and free-spirited hedonist, one who preferred his independence to a secure career in the church and the protection of female friends to the favours of the Sun King.

Among his female friends was the Duchesse de Bouillon, who resided in the Château-Thierry itself and was kept away from Versailles and the presence of Louis XIV by her jealous husband.

The Duchesse’s apartment sat above the window of Jean’s workroom and they could even wave to each other– as can clearly be seen during a highly-recommended walk along the vestiges of the Château, which affords spectacular views of the town and its surrounding countryside. During the tour, the American World War I Monument can be distinguished in the distance, rising atop Côte 204, which is believed to be “the tedious hill” in La Fontaine’s fable, The Coach And The Fly. 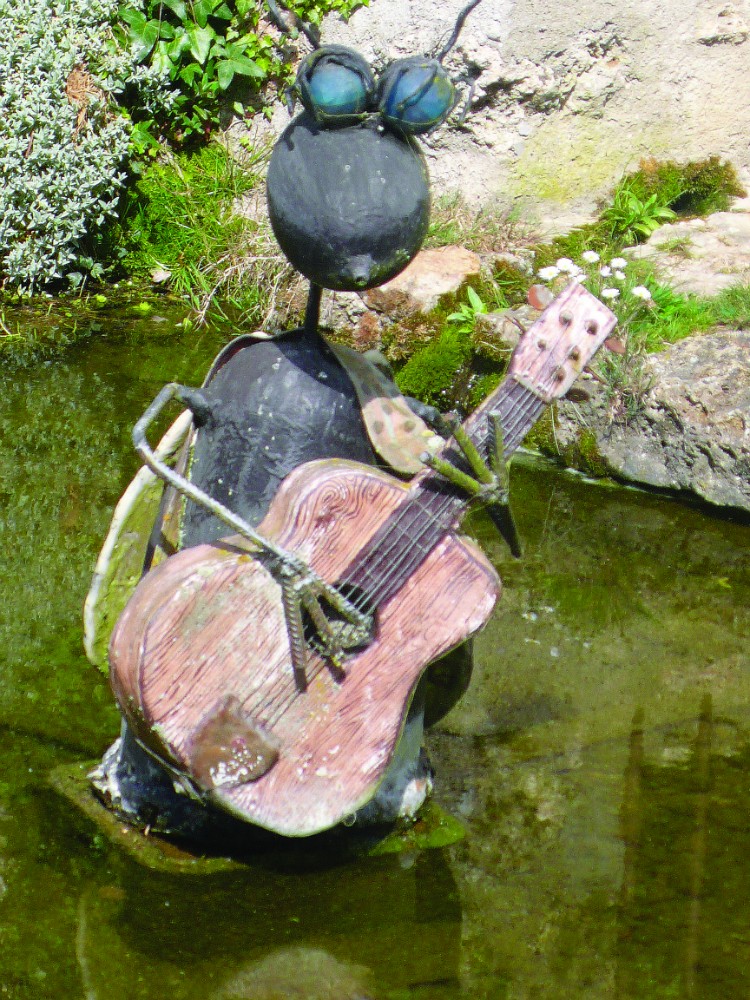 A sculpture referencing one of the fables. Photo © Thirza Vallois

La Fontaine’s first-floor workroom is where he wrote his first fables, and also tended to his inherited duties as Master of the Royal Water and Forestry Commission, which provided him with ample opportunity to explore the countryside from whence he drew inspiration.

If you choose to explore the countryside around Château-Thierry, the town’s tourist office can point you to the restored lavoirs (wash houses) where representations of La Fontaine’s fables have been created by a variety of artists. Families with children, meanwhile, will likely enjoy the treasure hunt at the magnificent Château de Condé. Its châtelaine during La Fontaine’s time, Olympe, was the niece of Mazarin and sister of the Duchesse de Bouillon, which accounts for his visits visits there.

Having hosted the likes of the Cardinals Richelieu and Mazarin, Condé is a grand palace boasting a gem of an interior, decorated by the likes of Jean-Antoine Watteau, François Boucher and Jean-Baptiste Oudry.

La Fontaine is further granted a nod of respect at Bertrande de la Doucette’s spectacular gardens in the village of Viels-Maisons, which are surrounded by parkland designed in the 17th century. La Fontaine’s own, albeit much humbler jardin, to the rear of his home was where he first grew to love nature. Later, when he no longer owned the house and was invited by the Duchesse de Bouillon to stay in the Château, he declined but did ask to be granted a little space to lay out some beds of flowers. 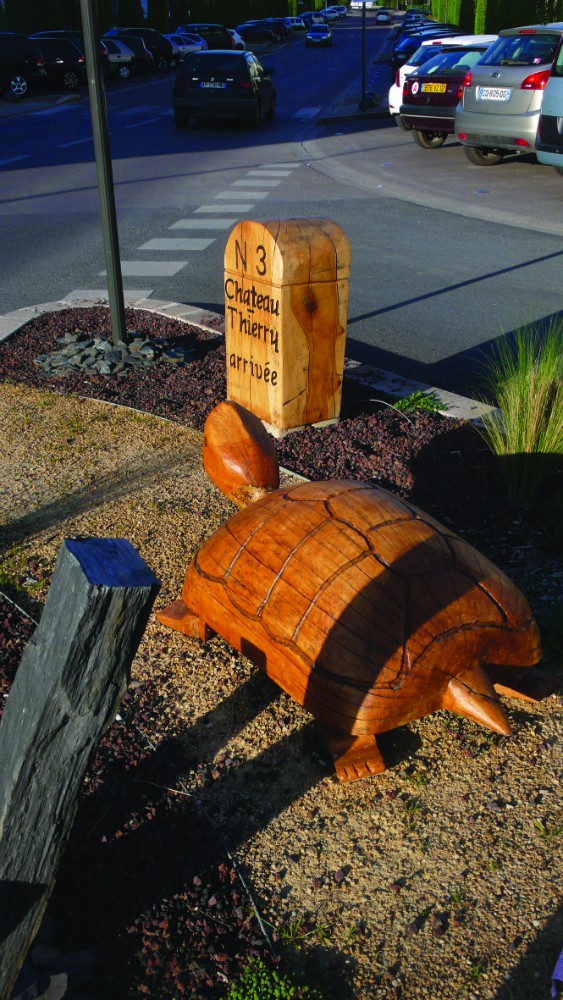 Where to Eat in Château-Thierry

Where to Stay in Château-Thierry

Where to Eat Outside Château-Thierry 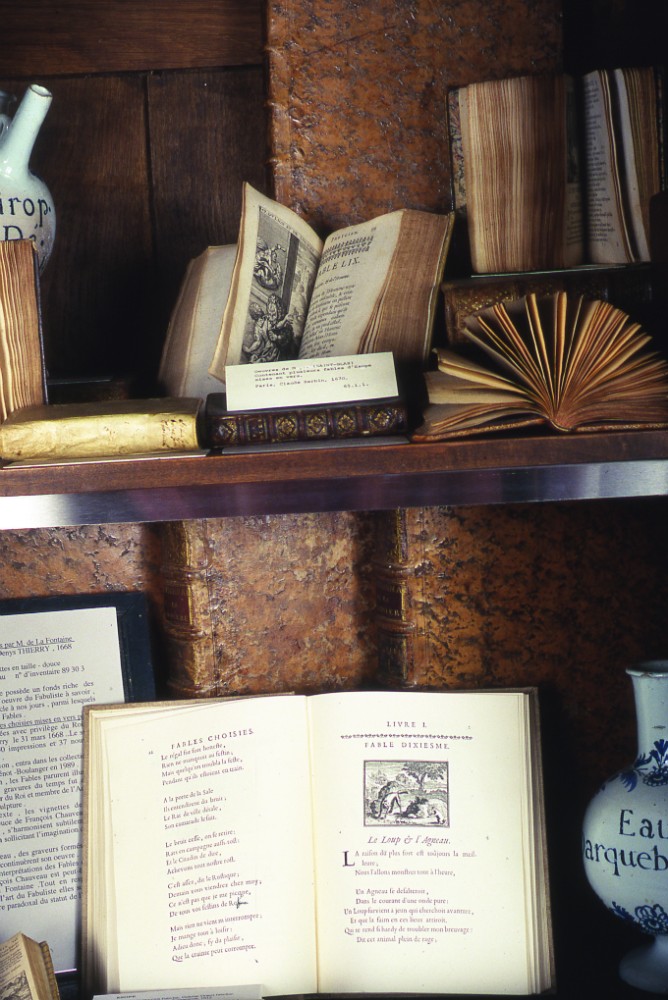