Hôtel Richer de Belleval: Where to Eat in Montpellier 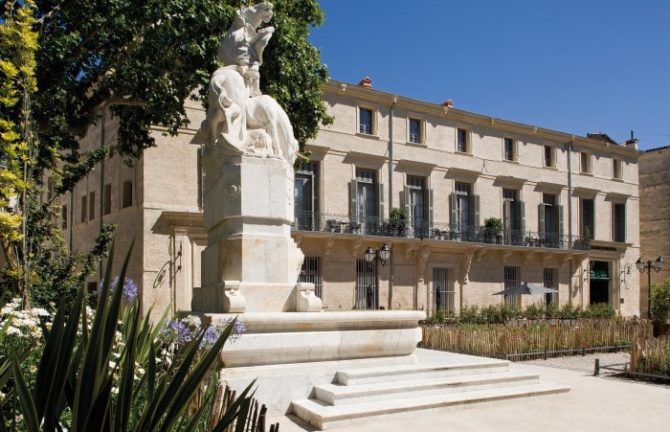 Superbly renovated by architect Philippe Prost and L’Atelier Ricou, the latter a specialist in restoring frescoes and other decorative painting in historic buildings, this elegant 17th-century limestone mansion in the heart of Montpellier has not only become the best hotel in this southern French city, but its transformation also signals the comeback of the Pourcel brothers. These laconic twins, who are natives of nearby Agde, were once the co-chefs of the Michelin three-star Jardin des Sens in Montpellier, but after their vertiginous ascension – they won their third star in 1998 and eventually ran restaurants everywhere from Bangkok, Ho Chi Minh City and Shanghai to Colombo, Singapore, Tokyo and Marrakesh – their signature restaurant served its last meal in 2016. This was after they’d lost one of their three stars and the quality of their far-flung tables had become unreliable.

Since then, they’ve done a variety of pop-ups, consultancies and run a popular blog called Food and Sens, but they have never recovered the prestige and influence they enjoyed in their prime. Until now, perhaps, with the recent opening of two restaurants in their new hotel: the Bistro de la Canourgu, a bistrot à vin serving light eats, and the new incarnation of Le Jardin des Sens, their gastronomic table.

Curious to discover the ‘new’ cuisine of the Pourcels, I met friends who live near Narbonne at the hotel to sample the weekends-only €120 lunch menu, which is the most affordable way of dining here. Settling in the beautiful dining room, we began our meal with flutes of sparkling wine from nearby Limoux – one of the best alternatives to Champagne in France – while we coached the timid and rather absent-minded staff to bring us menus and nibbles to have with our drinks. 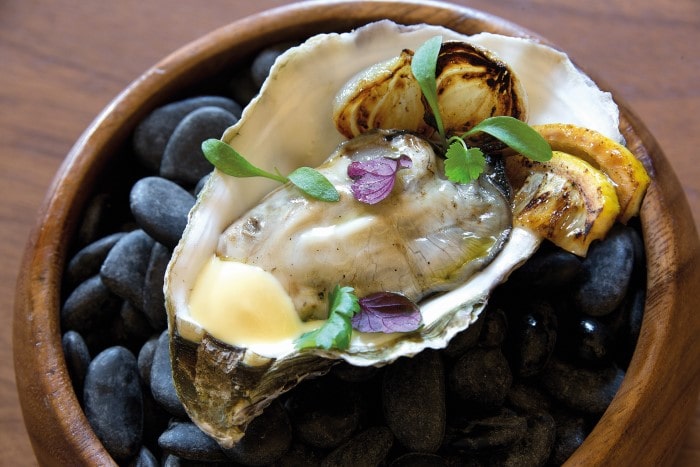 The original version of Le Jardin des Sens was well known for the excellence of the wine list run by Olivier Château, and his new wine list is equally alluring, with a superb selection of Languedoc-Roussillon wines proving that this part of France has long ago lost its status as a fledgling producer of great wines but is now solidly established as a great Gallic wine region on par with the Loire Valley or Alsace.

Our four-course menu began with impeccably cooked filets of locally caught rouget (red mullet) with a pleasantly crunchy salad of octopus and cubed vegetables, including fennel and courgettes, in a light citrus dressing. It was an elegant and appealingly seasonal starter on a summer day, and it also emphasised the Pourcels’ long-standing love of local Languedocien produce. Next, a suave segue from the seaside to earthier tastes with sublime raviolis filled with girolles and garnished with a scallop of pan-fried foie gras and a veil of white summer truffle, which had more of the not-unpleasant scent of wet leaves than the feral punchiness of its black tuber cousin.

If both of our first courses were outstanding and announced that the Pourcels’ gastronomic talent has once again been polished to a bright sheen, the dish that made our meal really spectacular was the roast pigeon with a stunning cream sauce of maize, beets and apricots, its gizzards served on toast and an exquisite jus de pigeon flavoured with orange wine. The shimmering waltz of different tastes here was both elegant and sensual, and this dish was easily one of the best I’ve eaten this year. Vanilla mousse with freshly made peach and lemon verbena sorbet concluded this consistently satisfying and delightful meal, which left me eager to return and try one of the tasting menus served at dinner.