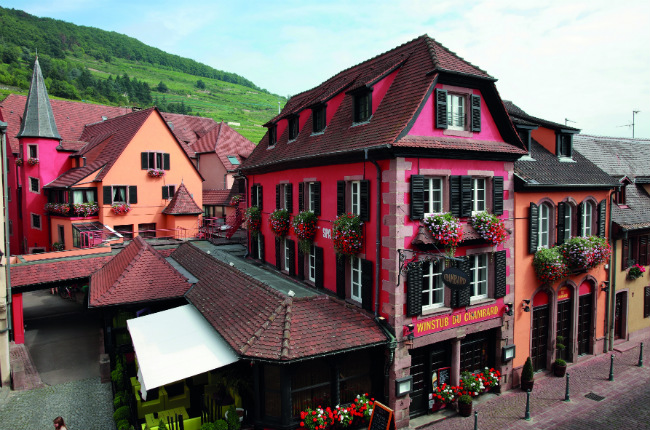 There are few places in the world that make for a better late summer/early autumn holiday than Alsace, since the window boxes of geraniums in its immaculate villages are a riot of colourful blossoms and its vineyards sag with the nearly ripened grapes that will soon be harvested and transformed into some of the world’s best wines. This is an especially perfect time to visit lovely little Kaysersberg, one of many favourite towns and villages here, which becomes thick with tourists during the winter months thanks to its charming Christmas market.

During the summer and autumn though, Kaysersberg is an island in the midst of well-groomed vineyards, and on weekends and at the end of the day, you’ll see the residents lovingly tending their kitchen gardens, many of which are planted with a couple of rows of the big, plump cabbages that will soon be made into choucroute (lightly brined grated cabbage, much the same thing as that which their German neighbours call sauerkraut) for the cold months.

The best place for food-lovers to stay in Kaysersberg is Le Chambard, a good-looking auberge with dormer windows, a spa, a swimming pool and three restaurants run by chef Olivier Nasti. La Table d’Olivier Nasti is the gastronomic table; and then there’s also La Winstub du Chambard, which serves Alsatian comfort food; and Flamme & Co, a casual place specialising in tartes flambées, the Alsatian take on pizza – a flamed, thin, open tart topped with cream, onions and bacon, in its simplest version. 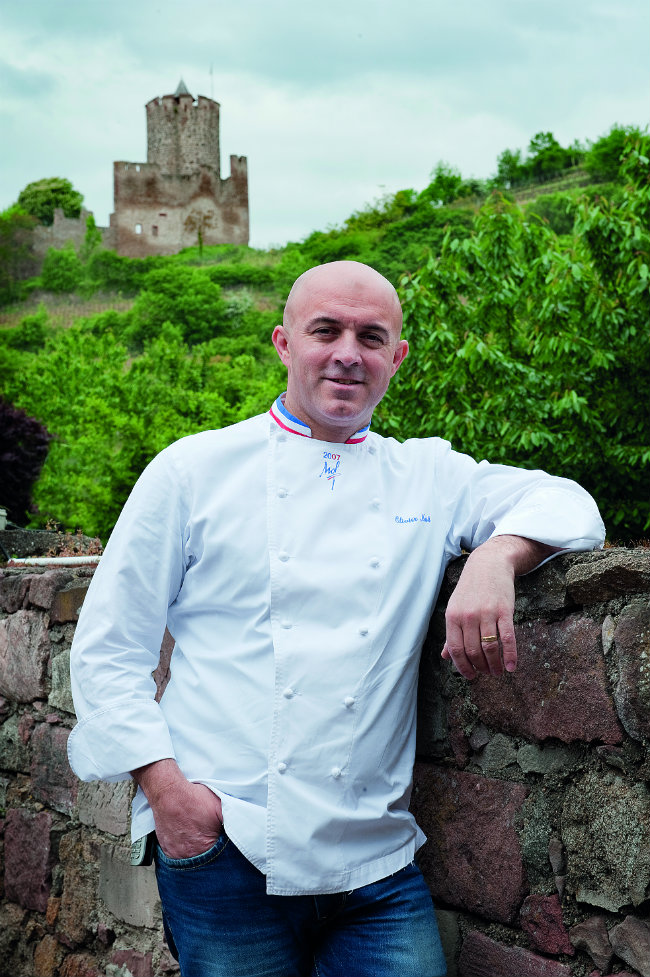 La Table d’Olivier Nasti, which has two Michelin stars, is an elegant and very serene restaurant with a minimalist décor of white-painted wood beam overhead, parquet floors and a panelled wall of blonde wood. It’s a very worthy choice for a splurge, too, as I discovered during a recent weekend in Kaysersberg.

Dining here, both of us chose the €132 menu L’Histoire, which debuted with duck foie gras in a refreshing neige (snow) of nougat and garnished with Parmesan and aged balsamic vinegar. I wondered about the idea of cheese with foie gras, but the salty, nutty Parmesan proved to be a perfect foil for the unctuous liver, which was also flattered by the sweet but tart vinegar. Next, a coddled egg smothered with fresh morel mushrooms and ramsons was exalted comfort food at its very best, since this composition was earthy but ethereal. A fillet of omble chevalier, a delicate fish from Alpine lakes, came with locally raised escargots and trout eggs, a Zen-like study in simplicity that succeeded with its contrasting textures and flavours.

Nasti’s balletic style – muscular but refined and cerebral – really came though in the next dish: roasted Alsatian pigeon from a nearby farm with smoked broccoli and a vinaigrette of its own gizzards. And the meal concluded with the elegance of a cacao-flavoured meringue sphere with an emulsion of chocolate and caramel made with fleur de sel.

Service here is impeccable and cordial without being stuffy. The wine list offers an outstanding array of Alsatian wines, too. 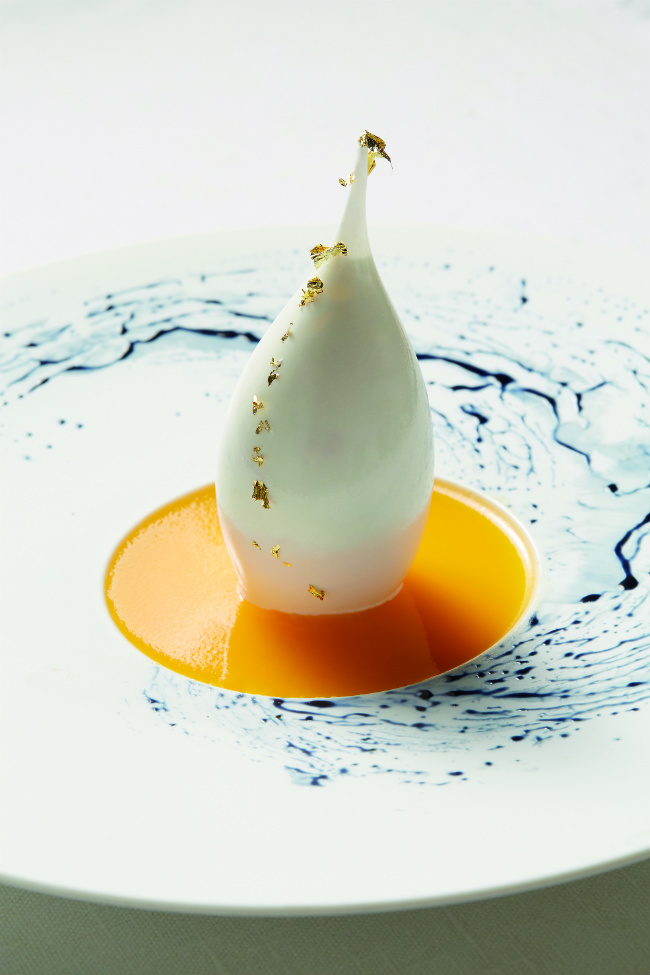 Previous Article Ladies in Lavender: The Devoted Farmers of the South of France
Next Article Eau Naturel: Jean-François Rault, Pioneer of Organic Cognac