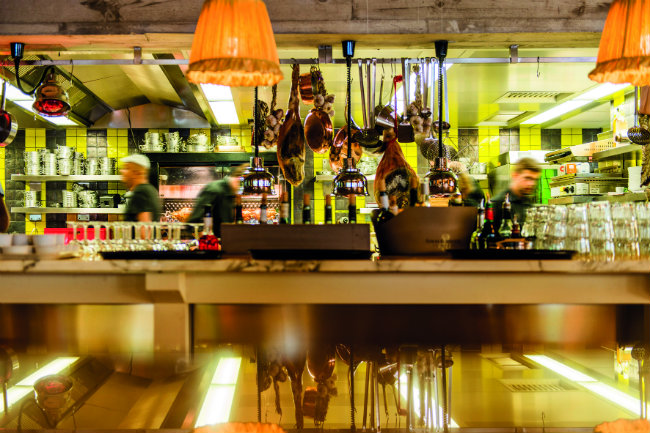 The charming old Hôtel Ha(a)ïtza in the well-mannered resort of Pyla-sur-Mer, near the Bassin d’Arcachon, on the Atlantic coast, 60 kilometres west of Bordeaux, has been given a quirky but convincing makeover by interior designer Philippe Starck. The reason Starck succeeds here is that he knows the decorative codes of the region – the clapboard fishermen’s huts and holiday cabins of the towns around the Bassin, as well as the Napoleon III charm of Arcachon – well enough to tweak them with real wit. This is because he has a house in Cap Ferret on the other side of the Bassin and often spends his summers here.

A further acknowledgement of the nautical life of the region is the décor of the excellent new Le Skiff Club restaurant at the hotel. Open for dinner only, it occupies an intimate white-painted terrace with a cathedral ceiling from which three long varnished skiffs, or sculls, have been suspended. Otherwise, the room has mocha leather chairs and chintz-pillow filled banquettes at white napery-covered tables, which indicate that even though this is a happy-go-lucky sort of a beach hotel, there’s a serious chef in the kitchen in the form of Stéphane Carrade. Carrade, an amiable and very talented chef, previously cooked at the Michelin two-starred Chez Ruffet in Jurançon, the Grand Hôtel in Bordeaux, and most recently at L’Étoile de Mer du Petit Commerce’s gastronomic table – also in Bordeaux. 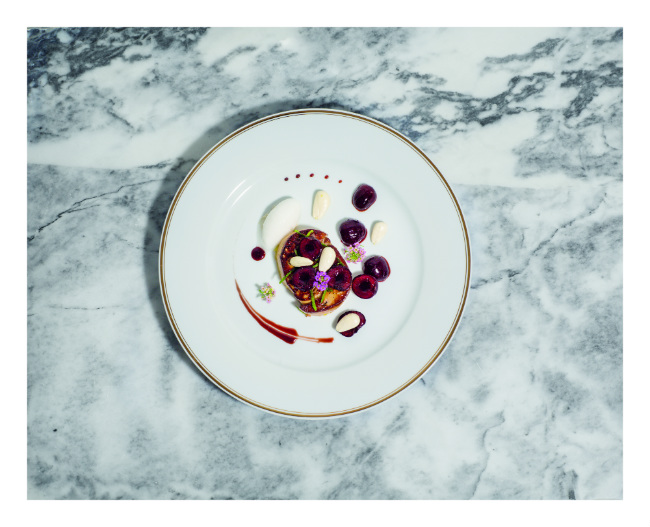 He describes the style of cooking he does at Le Skiff Club as “progressive terroir”, which is an astute and accurate description of his superb
contemporary take on the cooking of his native southwestern France. The brief menu changes regularly but is consistently light and intelligently inventive, its ingredients sourced as locally as possible.

Dining here recently we began with squid pappardelle (thin ribbons of
squid) with asparagus tips, a superb garlic-flavoured blanc-manger and a
lashing of squid ink sauce – a brilliant constellation of tastes and textures – plus
intriguing smoked-pigeon baby waffles with cucumber butter and pigeon jus flavoured with strawberries. Main courses were excellent as well, including sea bass with brown butter and samphire seaweed and a ragout of beans and ceps; and a superb warm-weather preparation of veal sweetbreads that were crisply sautéed and garnished with beef aspic with lemon verbena and ginger, a vinaigrette of radishes and kumquats, and silky potato purée. Our desserts were delightfully inventive too – blueberries with roasted hazelnuts and a frozen hazelnut parfait, plus a superb Tarte Tatin of cherry tomatoes with vanilla ice cream drizzled with balsamic vinegar. 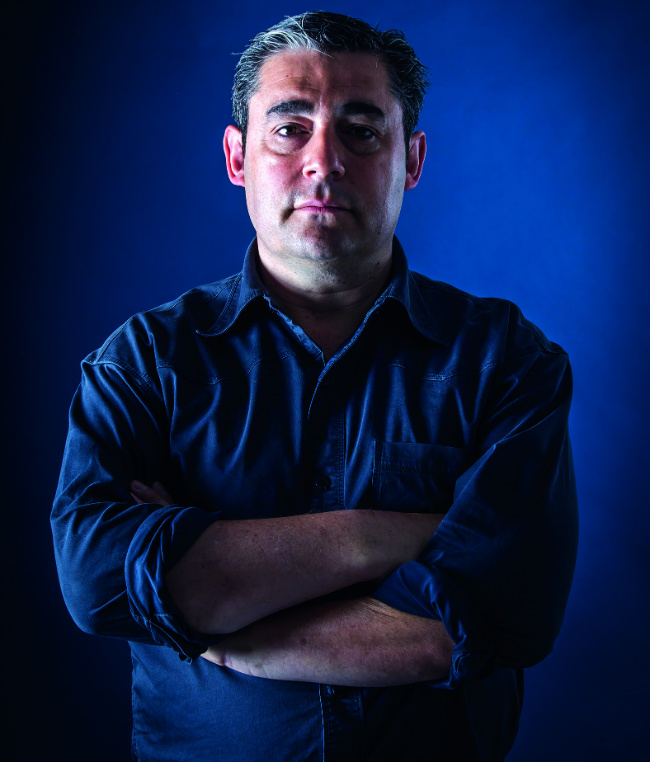