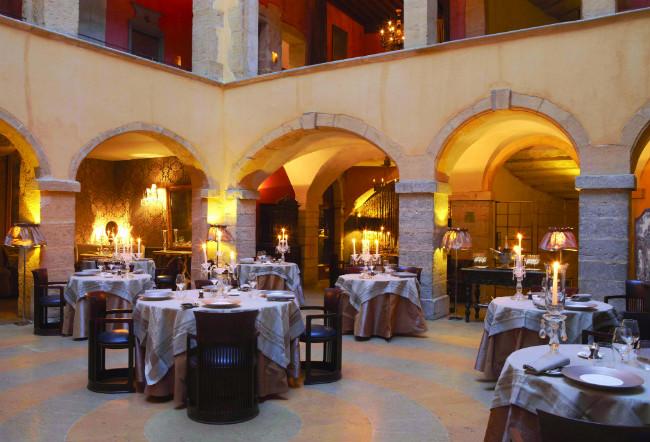 For anyone who loves French food, there are few better destinations than Lyon, since it offers such a spectacular range of restaurants. If the hearty food of the city’s bouchons at places like Chez Hugon is deliciously consoling for lunch on a cold grey day, the other table not to miss right now is Les Loges, the restaurant of the hotel Cour des Loges in Le Vieux Lyon. This hotel is part of the largest intact Renaissance vintage urban neighbourhood in Europe, and the restaurant’s candlelit tables occupy the courtyard created by the interior gallery of this magnificent medieval building.

Young chef Anthony Bonnet has really come into his own since he arrived eight years ago at the tender age of 25. Bonnet spent a lot of time with his grandparents on their farm as a child and was marked by their self-sufficiency, as well as the way their diet followed the seasons and was almost entirely composed of produce from their own farm. This intimate knowledge informs his delicate, often lyrical, cooking, as does a self-imposed cardinal rule of three tastes, three ingredients, three colours, and never more in a single dish. A perfect example is one of his signature dishes, duck foie gras cooked inside of an orange – a brilliant idea that protects the unctuousness of the liver while giving it a subtle citric bitterness that cuts its richness. 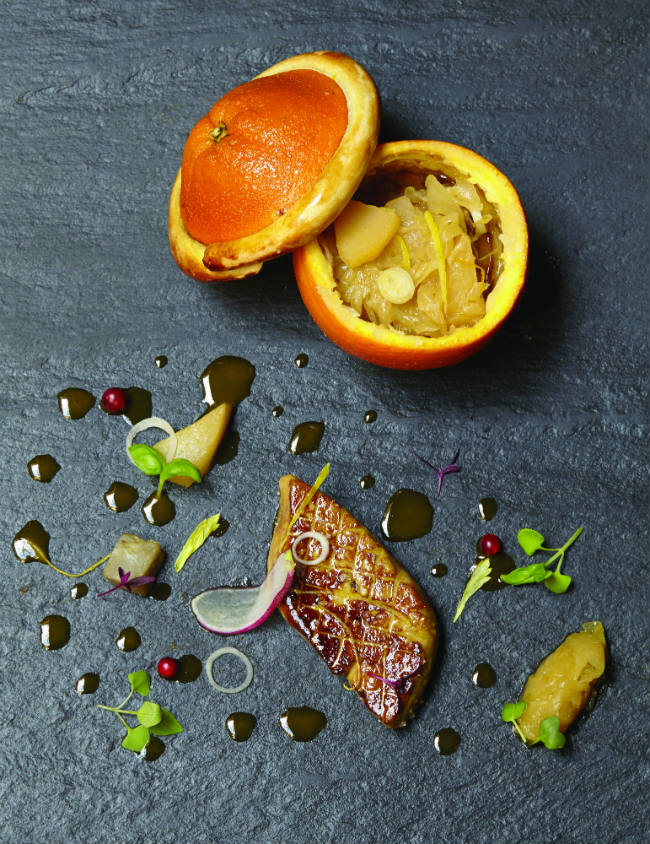 Foie gras cooked inside an orange. courtesy of Les Loges

Other dishes not to miss here include the luscious black truffle and veal sweetbread pithiviers, and Bresse chicken poached in cereal and truffle stock. Don’t pass up on the excellent cheese trolley, and conclude with the baked pear with spiced caramel and quince compote, seasoned with anise and fennel, or maybe the citrus marmalade with cocoa ice cream. 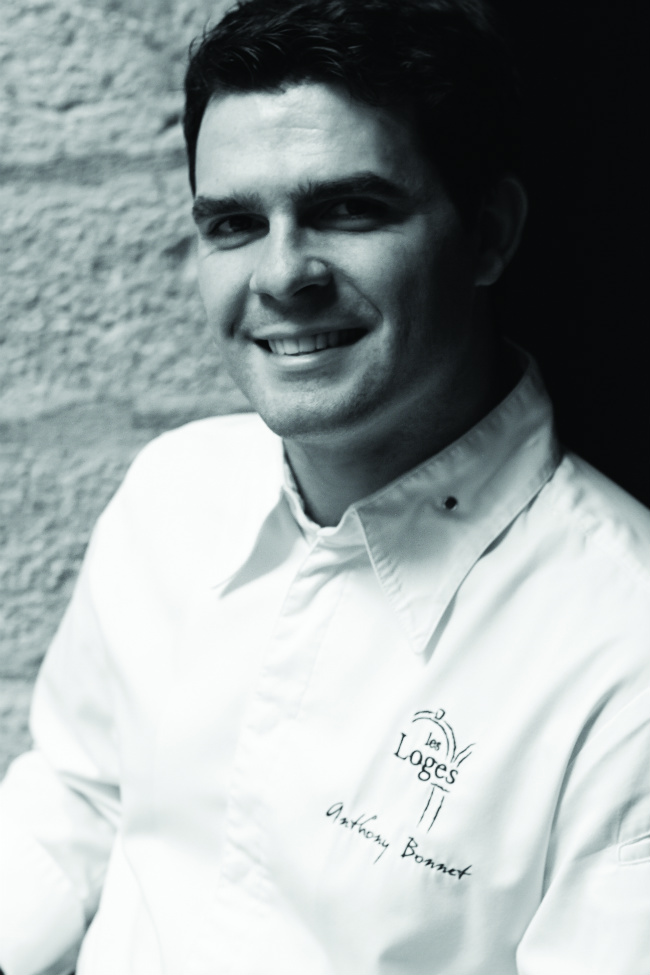