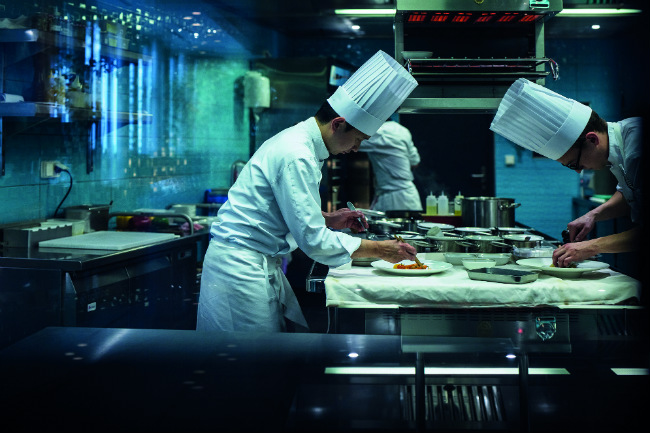 Many years ago, while on a trip to Burgundy for a memorably parsimonious magazine that has long since ceased to exist, I found myself in the centre of this magnificent French province at noon on a chilly autumn day. Hungry, I glanced at a map with an idea to choose a town where I might find some lunch and noticed that I was near Saulieu, that great old coaching town in the Morvan.

There was, of course, another reason that I knew of this town, and that’s because it’s the location of the one of the great restaurants of France: the Relais Bernard Loiseau. So, for a few minutes, I mused on the fact that lunch here would be wildly outside my per diem budget, and then I decided to throw all cares to the winds and just go there anyway.

I didn’t have a reservation, and I certainly wasn’t dressed appropriately for a three Michelin star restaurant when I arrived twenty minutes later, but the welcome at this handsome old auberge with a steep terracotta tile roof was almost seditiously charming. I was ushered to a big round table with a vast, snowy white table cloth as though I were a royal of some kind, and even after I declined an apéritif – because I was trying to keep the bill vaguely decent and also because I’d be driving afterwards, a plate of hot gougères – eggy, cheese-blazed choux – arrived as an hors d’oeuvres anyway.

Since I’d read about Loiseau’s cooking, I knew what I wanted without even looking at the menu, and both of these dishes were spectacular. First, sautéed frogs’ legs in a small emerald pond of parsley jus with garlic – one of the most vividly delicious and profoundly French dishes I’d ever eaten– and then Sandre doré à la peau croustillante et fondue d’échalote, sauce au vin rouge, which came to the table as a snowy fillet of pike perch with crispy skin and a sumptuous red wine sauce with shallots. I was so astonished by the fish that I almost didn’t notice when the kindly maître d’hôtel generously poured me a glass of red to accompany the fish (a nice Irancy, if I remember correctly) and then, without another word, I was served a stunning dish of poached white peach with blackcurrants on a gelée of rosé wine. 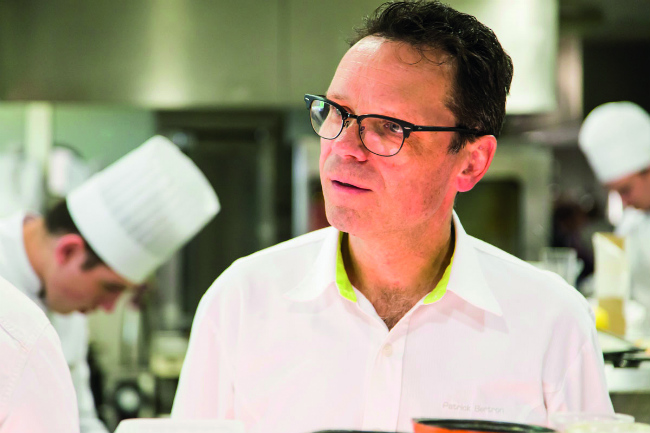 This was, and remains, one of the best meals I’ve ever eaten in France, so a few weekends ago, when a friend and I were trying to think of a way to brighten our spirits after several weeks of low, pewter skies in Paris, it came to me: we’d head down to the Relais Bernard Loiseau for dinner and the night. Monsieur Loiseau died by his own hand in 2003 but, as we discovered, his wife, Dominique Loiseau, has been running the auberge with great charm ever since. Likewise, Breton-born chef Patrick Bertron, who worked with Loiseau for many years, has maintained the restaurant as one of the great tables of Gaul.

On this visit, though, we decided to sample the eight-course Mes Racines (My Roots) menu by Bertron, who is now affirming his own style on the menus he proposes here (a selection of classic Loiseau dishes, including the two I enjoyed the first time I came, are still on offer).

We plumped for this feed, which is subtitled ‘From L’Armorique to the Morvan (Brittany to Burgundy)’, on a Sunday at noon, and it began with a composition of ceps, hazelnuts and pine nuts that had a beautifully bosky simplicity. This directness and sincerity is very characteristic of Bertron’s cooking too, since he never does anything that disguises the natural tastes of the produce he works with and is an extremely subtle chef.

Other highlights of this meal included sautéed duck foie gras with cauliflower and apple cider, roasted marinated Charolais beef with a pine-infused jus de viande, and raspberries with tarragon sorbet. With an excellent spa and a selection of rooms with replaces, Relais Bernard Loiseau makes for a perfect outing. 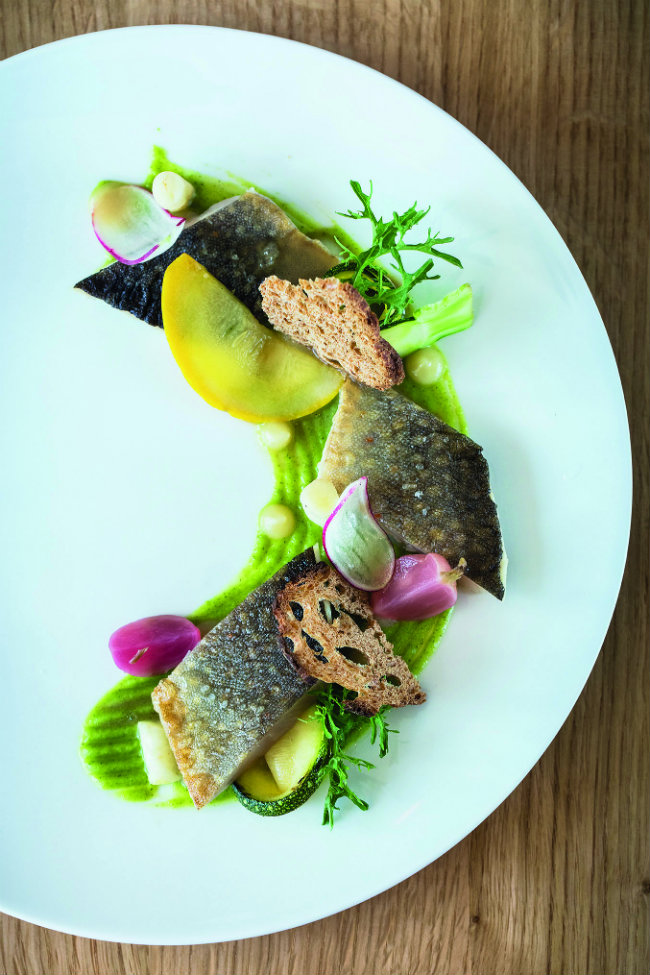 A dish at the restaurant. Photo: Matthieu Cellard