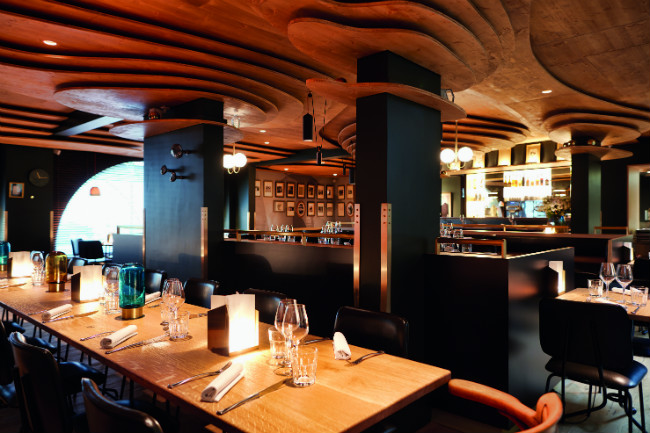 Back in the days when tyres had inner tubes and people used paper maps that were always impossible to refold to their original neat envelope size, France’s major tyre manufacturer came up with the idea of publishing a restaurant guide that would make people drive more. The first edition came out in 1900, and it worked as planned. More and more of the French took to the roads, and the Route Nationale 7, which begins just south of Paris and ends in Menton, on the border with Italy, became a storied and much-loved – if often traffic-choked – route between the country’s northern cities and its sunnier southern destinations. A garland of restaurants along la route des vacances – including Pic, which moved to its present location in 1936 – achieved enduring gastronomic celebrity, due both to the excellence of their cooking and their propinquity to the heavily-travelled road.

Today, this three-star restaurant is run by Anne-Sophie Pic, the grand-daughter of André Pic, the second generation of the family to cook after they’d moved from the countryside into Valence. The menu here is what is dubbed ‘the history of a family’, and on the chilly, rainy Tuesday night when I walked to the recently-remodelled bistro, I was hungry for some good, old-fashioned Gallic grub – and happily, this is what I found. Though I was never a fan of Le Bistrot 7, an underwhelming homage to the Route Nationale 7 that preceded André, I knew I had made a good choice when I walked into a dining room full of locals. 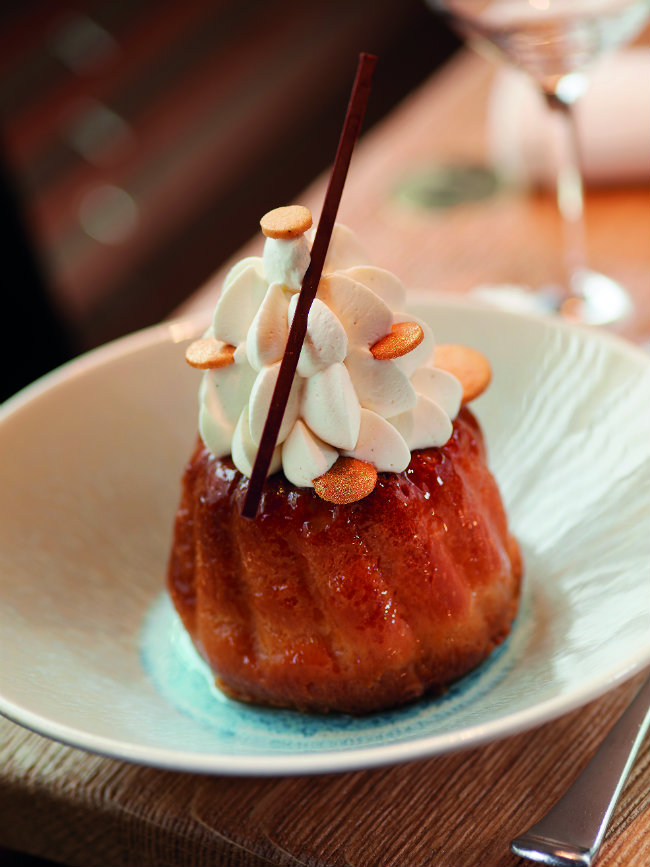 Seated alone, I fell into conversation with my charming Belgian neighbours. “Though Anne-Sophie Pic has a lot of talent, and we occasionally eat in the fancy restaurant, we make a point of stopping here just for the bistro when we drive back and forth between our home in Ghent and our place in Nice, because the food is so comforting and sincere,” said the elegant, older, blonde lady in a bronze cashmere twin-set. Her portly, pleasant husband nodded eagerly in agreement.

She couldn’t possibly have described my first course better, either – caillette de la Drôme maison in consommé with bacon and vegetables. Caillettes are caul-fat-wrapped herb and meat patties popular in the Ardèche and the Drôme but rarely seen in restaurants. Here, they had a bright, herbal taste and a rare succulence, and the broth had a depthless porcine richness. Next up, an impeccable bouchée à la Reine à la volaille et aux écrevisses, a fragile, golden pastry case filled with boned fowl and crayfish in a delicate white sauce. This, too, is a dish rarely seen any more, and I ate it so avidly that I eventually heard someone chuckling: my elegant Belgian neighbour. “What a pleasure to see someone enjoying their food the way you do,” she said. “Have the omelette norvégienne for dessert, and then come join us in the lounge for coffee and a drink.” I did as told, and the fluffy omelette, which was filled with preserved blackcurrants and chestnuts and flambéed in rum, was a testament to the fact that some of the best dishes in French cooking are so gloriously simple you could almost trick yourself into believing you could make them as well as a pro.

Anne-Sophie Pic’s grandfather André would doubtless have been very proud of his granddaughter had he the chance to have a meal in the restaurant she named in his honour.