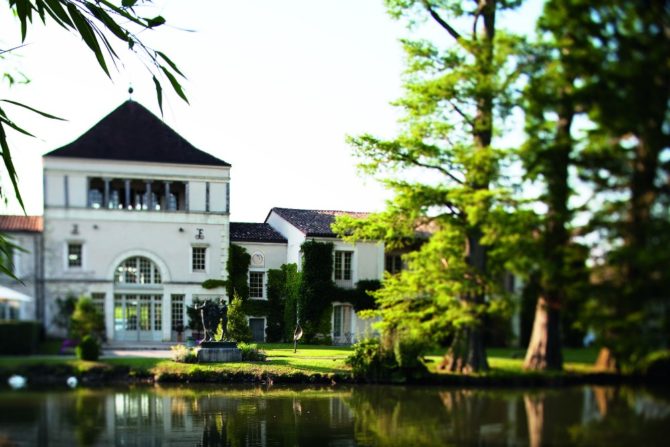 Chef Nicolas Masse has made Les Sources de Caudalie, the charming hotel developed by the Cauthiard family, on the Smith-Haut-Lafitte wine estate outside Bordeaux, one of Aquitaine’s great gastronomic destinations.

Since La Grand’ Vigne, Masse’s headline table, also showcases the Cauthiard’s superb wines, his challenge has been to create a sophisticated menu based on regional produce and culinary traditions that will also serve as a perfect foil to the estate’s wares. This is more complex than it may first seem, as Smith-Haut-Lafitte wines are so elegant that the food needs to partner with them graciously and gallantly, without being too dominating.

This means that Masse can dare the simplicity of a starter such as rolled carpaccio of veal with Aquitaine caviar or the earthier but carefully balanced flavours of a dish like chestnut gnocci with cep mushrooms. The main courses display a similar finesse and include wild turbot with butternut squash and chanterelle mushrooms, and roasted pigeon with vegetables smoked over sarments – dried vine trimmings from the surrounding vineyards that create a gently resinous flavour when burned.

The beautifully made desserts include an orange tart with Aquitaine-grown saffron and a refreshing meringue featuring pineapple and tropical fruits.

Service in the orangery-styled dining room is courtly and alert, and during the winter months, the most sought-after tables are those near the wood-burning fireplace.

Previous Article Easter in France: A Cornucopia of Chocolate
Next Article Hôtel Verneuil: Where to Stay on the Left Bank in Paris