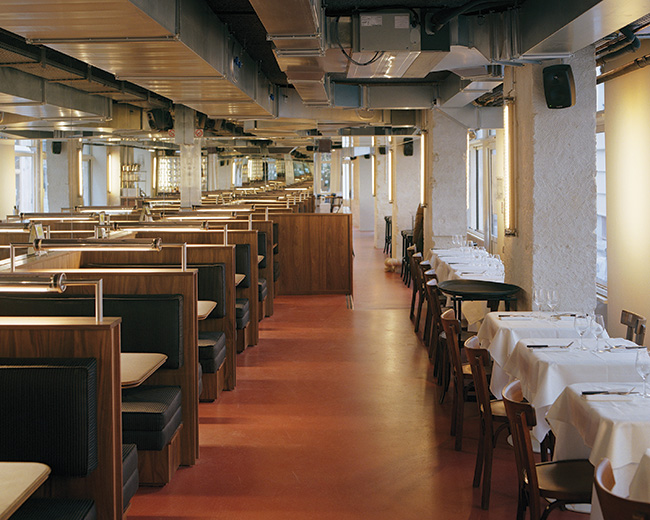 Just a few weeks ago, the Paris restaurant scene was lofting again as the French government had concluded that Covid appeared to be relenting in France, tourism was picking up, and Parisians themselves were giddy with desire to go out and eat delicious food they hadn’t cooked themselves. Then, the Russian invasion of Ukraine tamped all of this down, because the dumb good luck of living in a country where normal life goes on cast a slightly guilty veil over the pursuit of gastronomic pleasure.

And yet life does go on, and after two deeply disturbing and disrupted years, carpe diem seems almost prudent. To wit, having been so continuously reminded that life is fleeting and fragile, if not now, when? seems sage. So, yes, I’ll have the fresh sea urchins, some langoustines and the grilled duck breast with wilted leeks and green pepper sauce. Oh, and another coupe de Champagne, please.

This dumbing down of gastronomy in Parisian style circles has been going on ever since Hôtel Costes open in 1995, and it’s produced dozens of identikit menus all over the French capital – think salmon tartare, nems, beef carpaccio, tomato and mozzarella salad (year-round) and other dishes that no one really needs to know how to cook. Happily, Le Collier de la Reine (the name refers to a famous novel by Alexandre Dumas about a royal scandal involving Queen Marie Antoinette, a con woman named Jeanne de Valois- Saint-Rémy and a sumptuous diamond necklace) has shrewdly put its finger on the pulse of what stylish Parisians want to eat right now and serves a very appealing and well-executed menu of shellfish and comfort-food dishes that’s also reasonably priced. Meeting a friend for dinner, we composed our own plateau de fruits de mer (shellfish platter) with Saint-Vaast oysters from Normandy, langoustines and two sea urchins for each of us, and what arrived on a bed of crushed ice was very fresh and of the highest quality.

Next, I tried the vegetarian version of stuffed cabbage, which came to table as a vivid, veined green dome of the cruciferous vegetable concealing a whole artichoke heart and rice stuffing. It was good, if a bit under-seasoned, as was the pool of broth it arrived in. If I could tweak the dish, I’d add shiitake mushrooms to the farce and some lemongrass to the bouillon. My friend’s duck was perfectly cooked, had a nice sauce of deglazed pan juices and a clever garnish of Treviso, the bitter Italian salad leaf, which made an excellent foil to the rich meat.

I recommend you finish up with the profiteroles with buckwheat ice cream, and be sure to book in advance because this lively place is very popular.