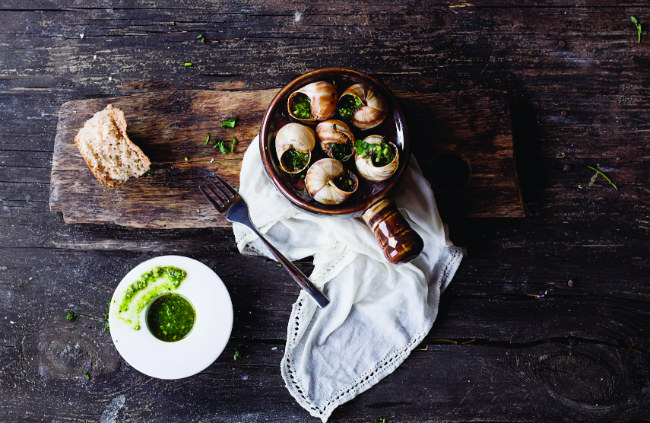 Blinking its droopy eyestalks from the tip of a leafy cabbage, the portly escargot is not a picture of haute cuisine. Never mind the slime trailing off its undercarriage. Yet, the humble garden mollusc is undoubtedly Burgundy’s most coveted delicacy. A treat originally favored by the nobility no less, it has endured as the region’s dish of choice for more than two centuries. Although it should be added at this point that, like all the best staples, escargots au beurre persillé belong to a proud tradition of culinary blunders and fortuitous inventions. Think Tarte Tatin or Roquefort’s accidental brush with mold.

If the whispers floating around its introduction to French tables are to be believed, it was born out of a desperate attempt to feed a ravenous blue blood circa 1814.

It all started when Napoléon’s chief diplomat, Talleyrand, asked the pleasure of Tsar Alexander I’s company to lunch. Being men of leisure, they turned up to their meal fashionably late, by which time their flustered Burgundian chef, Antonin Carême, had run out of every last scrap of supper. Overcome with panic, he spotted snails inching past in the kitchen garden and scrambled about, picking up handfuls to whip up into a meal worthy of his illustrious guests. The cunning restaurateur attempted to mask the rather unappealing aroma and texture of the slimy critters by stuffing the brittle shells with thick knobs of garlic butter and parsley. The clueless tsar greedily tucked in, happily chomping on the feast of slugs. He wasted no time in spreading the word about France’s extraordinary ‘escargots de Bourgogne’. 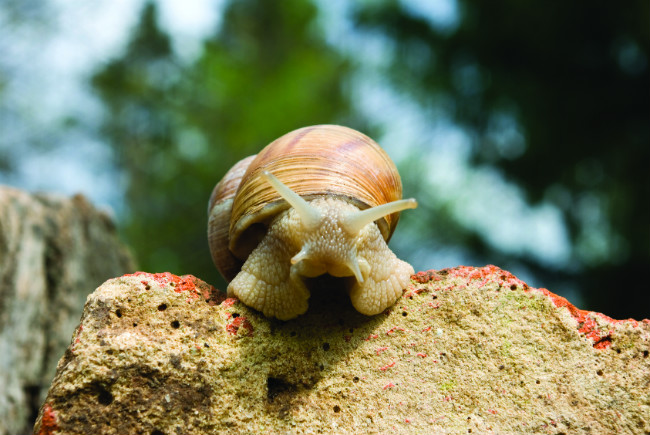 The humble snail, a delicacy in Burgundy. Photo: Fotolia

Snails’ ubiquity was a boon for gourmets, though a bane for the fast industrial expansion of Burgundy. In fact they were so plentiful, the crawlers nearly overran the region. Rumour has it the tunnel of Blaisy-Bas near Dijon was built through the Auxois mountain to prevent flattened snails from gumming up the tracks and derailing trains.

Blame it on the insatiable appetite for the gastropod (again, preferably drenched in garlic  butter and parsley) but by 1970 Helix pomatia, the official ‘escargot de Bourgogne’, had all but vanished. A law was passed nine years later curbing snail hunting, to no avail.

The vast majority of snails sold today are Helix lucorum, or Turkish snail, gathered wild in Greece, Turkey or the Balkan regions. Under French law, only Helix pomatia can be peddled as ‘escargot de Bourgogne’, so read those labels. If all else fails, the clue is in the Burgundy variety’s striped shell, coiling to the left.

All in all, the pukka ‘escargot de Bourgogne’ is pretty hard to catch, despite a cruising speed of 4m per hour. Perhaps because of its scarcity, it has grown into a luxury item and is currently experiencing a bit of a renaissance at home and abroad. Chefs are embracing the shell-dweller, reclaiming its noble origins with rather outlandish concoctions ranging from snail porridge to snail pizza and snail kofta.

From impromptu plat du jour to Michelin-starred fare, the escargot has come a long way.

For more information about the Burgundy region, visit www.burgundy-tourism.com.

Previous Article A Pilgrimage in The Name of Art: The Tapestries of Dom Robert
Next Article France Holiday Ideas: The Charms of Langres in Champagne-Ardenne