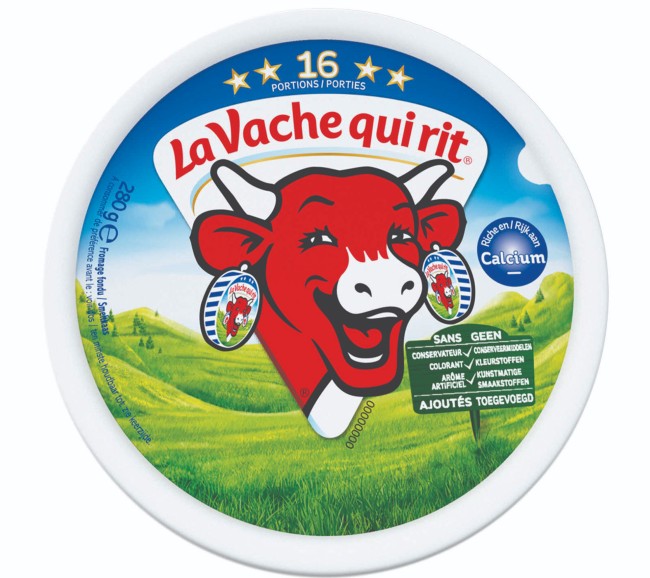 La Vache Qui Rit… Or, as it is known in the UK and across the pond, The Laughing Cow. Children adore it, and rightfully so.

After all, from a child’s perspective what cheese could possibly compare? Shiny little foil-wrapped triangles – each with a convenient bright red pull tab for ease of opening – all snugly tucked into their cardboard box and adorned with an image of a grinning cow sporting a cute white nose and decorative earrings. Pull, twist, and off comes the wrapper, revealing a perfect pop-in-your-mouth portion of creamy, cheesy goodness. Repeat as needed.

Cheese-savvy adults and aficionados of fromages fermiers, on the other hand, might offer a different perspective, declaring that it’s “not even really cheese!”. Or is it? Well, more on that to follow. And let’s just say that you’re in for a surprise.

But first a brief history of our jovial bovine friend, and quite an interesting history it is too.

A pioneer in the processed cheese category, La Vache Qui Rit was also the first trademarked French cheese. It is the clever creation of Léon Bel, whom I doubt could have envisioned its current level of commercial success from its humble beginnings in the Franche-Comté region in 1921.

And although he was responsible for the cheese, he cannot take credit for the name. That distinction belongs to cartoonist Benjamin Rabier, who served alongside him in the military during World War One. Rabier had depicted a laughing cow on the side of the troop’s transport trucks, accompanied by the word “Wachkyrie”.

This was intended as a lampoon of the Germans’ supply trucks decorated with the Valkyries – female figures in Norse mythology who decide the fate of those who live or die in battle. In a twist of phonetic poetic licence “Wachkyrie” became “La Vache Qui Rit” for comedic purposes. Bel promptly registered the name and began producing his cheese, with the patented foil wrapper making its debut in 1924.

The overwhelming success experienced in France paved the way for expansion into the UK in 1926, and by the mid-1970s, a factory opened in the USA.

Today Léon Bel’s modest enterprise has grown into the international dairy conglomerate the Bel Group. La Vache Qui Rit and its many variations are available in over 100 countries on five continents, making it one of the most successful cheese brands in history. In addition to its many production facilities and subsidiaries worldwide, the company also markets many other popular brands including Boursin and Babybel cheeses. The Bel Group also owns a museum dedicated to the history of the famous cow located in Lons-le-Saunier in the Jura. 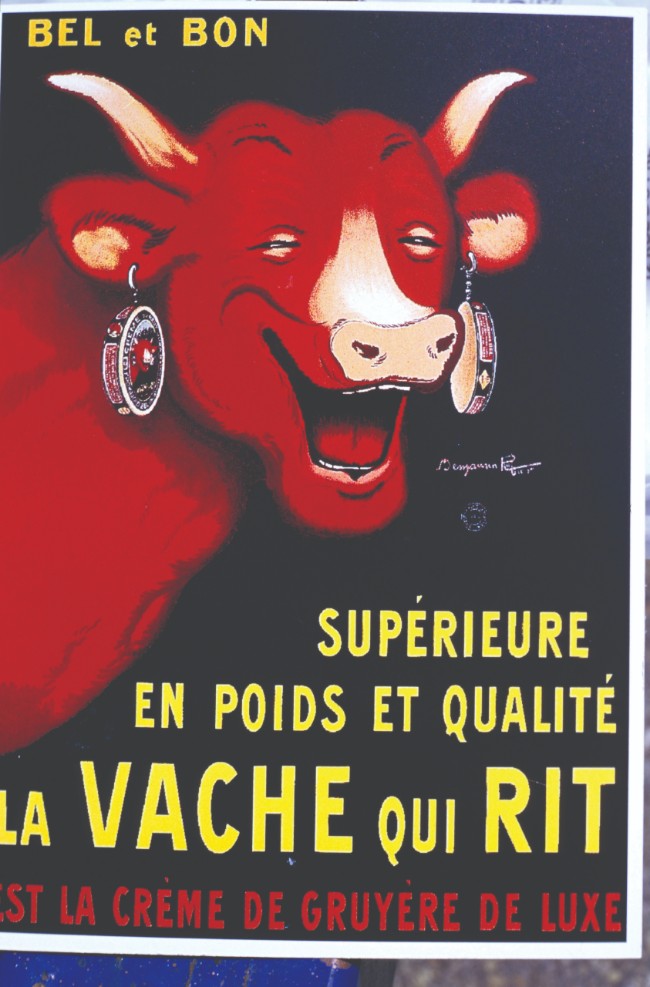 As for the burning question, “Is it really cheese?”, well, technically yes – and a good bit more so than most processed cheeses.

In fact, it is made from real cheeses including Comté, Emmental, Gouda and Cheddar (depending on where it is produced) melted and combined with milk and just a scant few other (mostly milk-based) ingredients. Best of all, the finished product contains far fewer additives and preservatives than most processed cheeses.

Given its mild flavour and creamy texture, its popularity with the younger set and those grown-ups who are not fans of stronger cheeses is easily understandable. While I personally prefer a ripe Camembert or Roquefort, I will admit to having partaken of a wedge or two over the course of my adult years as a means of revisiting my youth.

And on those few occasions when I did, I still found it quite satisfying to pull that little red tab and watch the foil wrapper pull away perfectly, as I had done so many times as a child.

Whether one views it as un fromage or un faux, of this I am certain: after nearly 100 years of continuous success it appears that La Vache Qui Rit is very much here to stay.