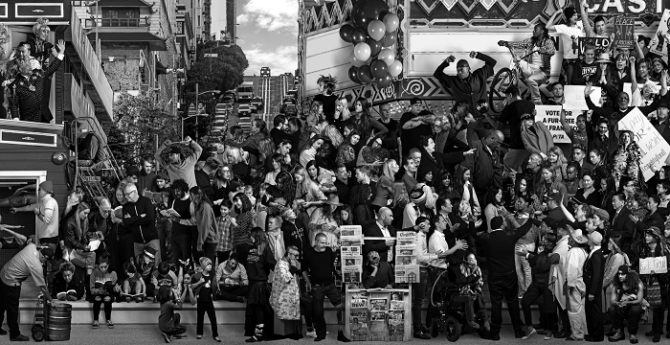 To say that French artist JR’s Chronicles of San Francisco mural is moving is an understatement. It actually moves. Not only does each person in the mural move, but the mural itself continuously scrolls on a 170-foot long digital canvas.

All in slow motion, the action in immersive. Runners run, firemen enter a burning Victorian-style house, protesters wave signs, techies tap on computers with a unicorn nodding his head, a woman gives birth, dancers twirl, cars move up and down hills and across the Golden Gate Bridge, swimmers swim, homeless lie on the street, cops try to help and so much more. With all the subtle, intricate movement to experience, one could spend a long time watching the show.

JR is known for pasting paper photos of people on walls, the sides or rooftops of buildings, on the ground between walls or fences, and that is what I expected. Amazing photos of citizens of San Francisco but all holding still.

Wrong. This moving mural shown at the San Francisco Museum of Modern Art (SFMOMA) is immersive art that tells not only a variety of stories of San Francisco, but also the story of every person in the mural. Through the use of the JR.Murals app, you can aim a mobile phone camera at a person in the mural and their story pops up both in written and spoken form.

This is perfect for tech town San Francisco. The state-of-the-art technology behind the mural’s digital art brings video installation into a well-lit, wide-open space and out of a museum’s typically small, darkened video room. The digital array contains nearly 26 million pixels that are densely packed together into a high-resolution LED display that is comparable in size to the exterior digital displays in New York’s Times Square. The display screen length softly curves in the middle of the room and the screen itself is slightly curved. These angles draw visitors into the space where they are surrounded by the massive digital images that slowly move around them. 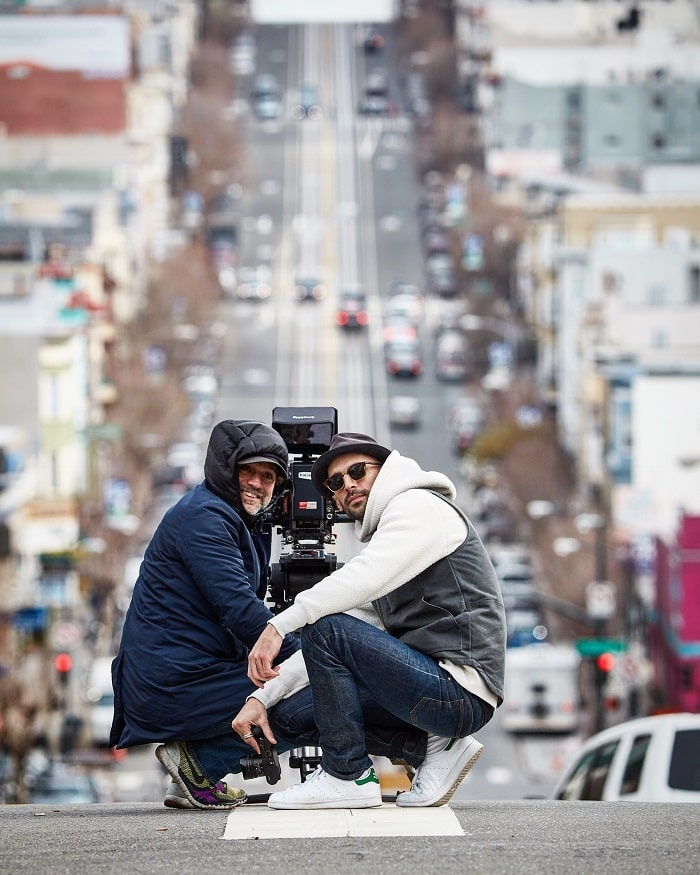 The videos of each person moving are, in effect, a GIF – an animated image that repeats over and over. (GIFs are found all over the internet. Think funny cat GIF.) The hundreds of looping GIFs are digitally stitched together to tell the moving San Francisco story.

The videos and audio were taken by JR and his team. For two winter months in 2018, they filmed and interviewed over 1,200 San Francisco citizens from 22 San Francisco neighborhoods in a 53-foot truck. They spent more than a year assembling the videos and creating the mural, choreographing the myriad stories and movements.

I actually met JR and interviewed him during a shoot at the Castro area. I should have taken the hint (mobile truck, moving around to various locations in the city, interviews taken outside the truck) that the end result would be a giant moving artwork, but I was stuck in an old perception of “mural.” 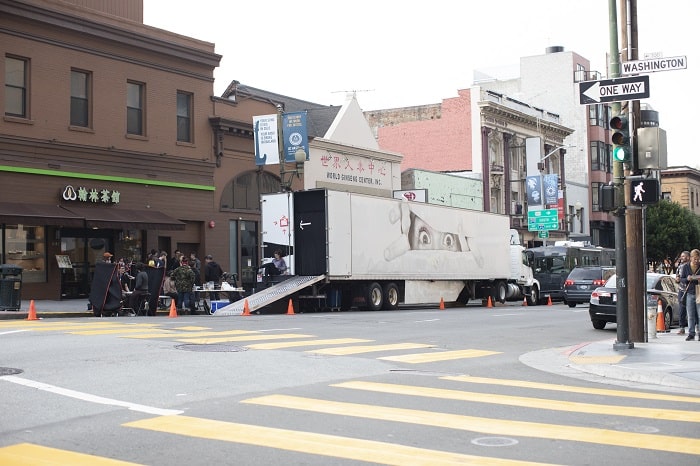 Perhaps that’s part of the brilliance of JR’s mural. It is realism art presented in an engaging tech format. It tells the amazing story of how the people of San Francisco (and, really, the world) react to current changes with growth, jobs, culture, housing, sex identity, education, etc. and the technology that can both connect and disconnect us – all within the amazing and iconic background of San Francisco. Each diverse face is a chapter of the grand chronicle of the black and white digital mural that tells all sides and works to engage the viewer in each story.

“Art becomes an excuse to go and see and make your own opinion,” said JR in the SFMOMA video. “I try to push people to see with their own eyes and I’ll keep pushing in that direction.” 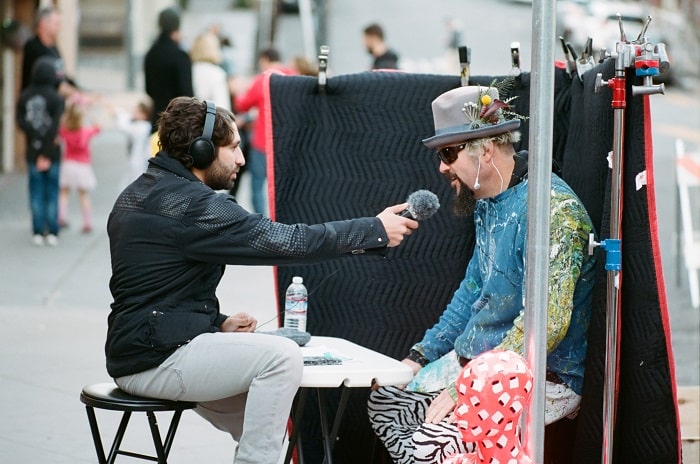 Walking around in the viewing area observing the people in the mural I did get my own opinion. Yes, Mona Lisa is an amazing painting, but she doesn’t speak about who she is and why she is smiling so beguilingly. In JR’s moving mural, the viewer learns why protesters are enraged, why a man does pushups on the street, why dancers twirl, how a person becomes homeless, even what California’s governor thinks about it all. The human story is told. Our human story. A story to be reflected upon when one leaves the exhibit and walks the streets of San Francisco (or any place) with the city’s story and its citizens more in focus.

Access to JR: The Chronicles of San Francisco is free at the San Francisco Museum of Modern Art’s Roberts Family Gallery, Floor 1 until May 31, 2020. 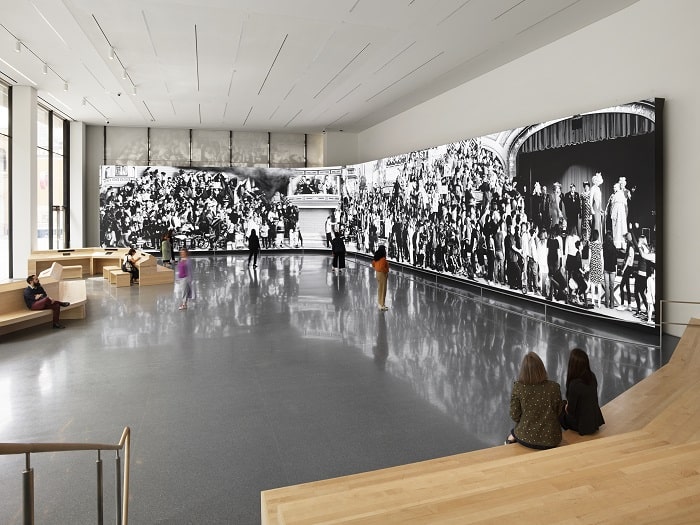 Previous Article Say Cheese: The History of La Vache Qui Rit
Next Article In the Criminal-Catching Footsteps of Alphonse Bertillon