Nectar of the Stars: A Pilgrimage to Piper-Heidsieck’s Winery in Reims 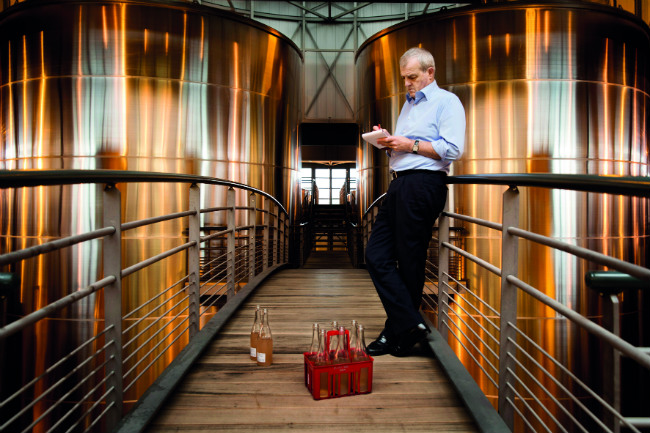 It’s a rare privilege to set foot in the inner sanctum of Piper-Heidsieck’s winery. Rooted in Reims (Champagne’s unofficial capital), the house – otherwise closed to the public – has graciously opened its doors for me to sample the hallowed bubbly that’s been on the tip of elite tongues for centuries.

Piper-Heidsieck was, in fact, the first champagne ever featured on the big screen in Laurel and Hardy’s Sons of the Desert (1933). It was endorsed by Marilyn Monroe, who once cooed: “I start each day with a glass of Piper-Heidsieck because it warms my body.” However, the brand’s long-standing affair with prestige dates back to 1785, when an awestruck Florens-Louis Heidsieck presented his champagne at Versailles to Marie Antoinette, who became the brand’s very first ambassador.

Deputy Cellar Master Séverine Frerson- Gomez is hosting our tasting. She is the heir apparent to superstar Cellar Master Régis Camus, who spearheaded a veritable renaissance by setting aside what would have been excellent vintage years to use them as reserve wines; in order to step up the quality of non-vintage champagne. Reserve wines are used to calibrate consistency so the alchemy of Piper-Heidsieck Brut remains the same, year after year. While reserve wines only constitute about 20% of non-vintage champagnes, they are almost entirely responsible for their texture. For vintage champagne, where no reserve wine is used, the texture comes fully from the terroir. 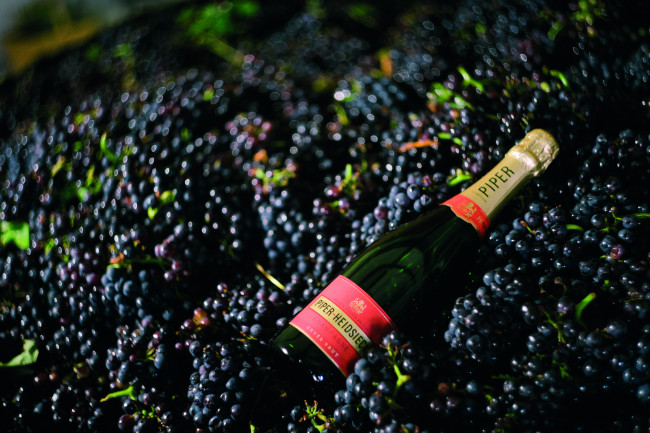 With the first cork popped, Séverine presides over the liturgy of tasting: look at the robe, listen to the bubbles, swirl, smell, sip, spit. Hers is a world of the subtlest detail. Because words are simply not enough, Séverine has developed a non-verbal tool to translate textures.

An elongated red velvet presentation case appears, containing segments of painstakingly chosen materials, like a keyboard of ‘feels’. Tasting the non-vintage Brut, the mainstay of the production, Séverine’s fingers point to the suede. I touch it and, yes, the sensation matches what we are tasting. She talks of the strong notes of pear and apple “as if you were standing in an orchard”. The next bottle presented is Essentiel, still non-vintage but aged two years longer (and recently made available in the UK). Séverine finds the same notes, but this time “as if you cut an apple in half”. A subtle but very real difference. She invites me to match the texture of Essentiel to one of the pieces of fabric. My finger drifts to satin, but she points to grosgrain ribbon instead. “There is no wrong answer,” she says. “It’s just that grosgrain is slightly sturdier. You may see what I mean later on.” I don’t have to wait long.

It is love at first sip of the 2008 Virtuous vintage. And Séverine is right: this one feels just like satin. But the best is still to come: the Rare Millesime 2002.

“If you want to taste the full expression of our terroir, this is it,” Séverine says. Alas, you don’t become an oenologist (or connoisseur) in a day. But as they say at Piper-Heidsieck: “The art of tasting is a question of patience.”