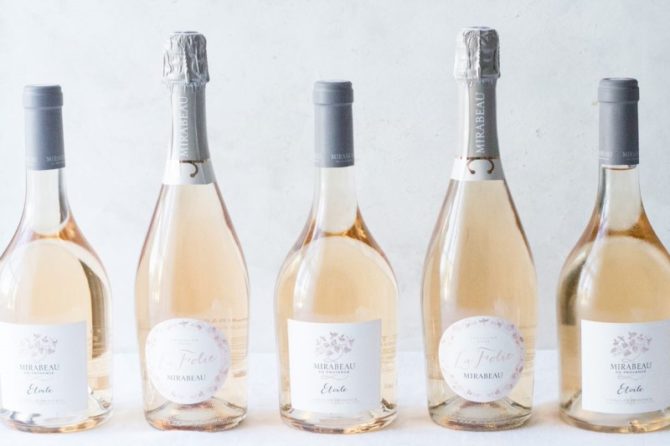 Winemakers in the south of France have spoken about the devastation caused by the wildfires which swept across the area and have called for urgent action on climate change.

The fires began in the Var and swept across 7,000 hectares of Provence, damaging vegetation and decades of growth of vines. Most of the damage was done to forests, but several winegrowing areas have also been hit. The fires were exacerbated by the combined effect of the heat wave, drought and a 75km/h mistral. Thousands of firefighters were called on to tackle the blaze.

Stephen said: “The past few days have been heartbreaking to watch as the devastation has unfolded over Provence, with fires sweeping across 7,000 hectares of land and protected forest. We have been waiting in agony and praying for our Domaine Mirabeau and the vineyards of our colleagues and partners in the area, with so much work put at risk by the raging fires. We have been touched by all your kind messages of love and support.

“The impact of the fires on our estate are still being assessed, but for now we are pleased to share that everyone from Mirabeau, as well as the animals and houses have been saved. These were spared from the flames by the incredible work of the firefighters and our farmer, Anthony, who refused to back down to the fire under very tough circumstances during the night. The whole Mirabeau team will always owe a debt of gratitude to their tenacity during those 72 hours.”

In a statement, the National Federation of Agricultural Workers’ Unions (FNSEA) warned: “These dramatic episodes provide a new illustration of the extreme weather events described in the latest IPCC climate report. Under the effect of climate change, and long and intense heat waves, these catastrophic summer fires are set to multiply in these densely populated and cultivated areas.”

The team at Mirabeau are hoping the fires will be a wake-up call to take climate change more seriously. 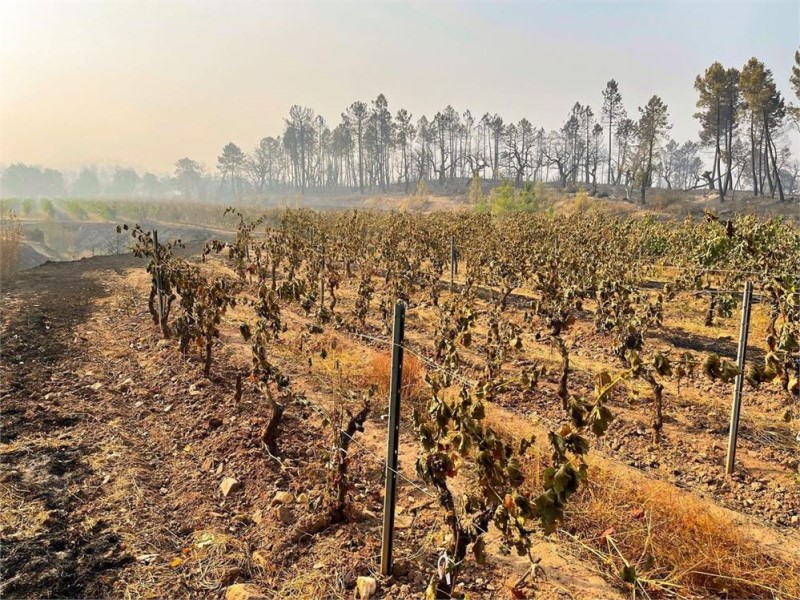 “Now more than ever before, we must look at how we can regenerate the land to help mitigate climate change and these terrifying global warming impacts,” said Stephen. “Jeany and I will work on rebuilding the regenerative viticulture project that we started two years ago at Domaine Mirabeau, to try to have a positive impact on the planet. Despite the losses we have sustained and the biodiversity that has gone up in smoke in such a short space of time, we must start again as soon as possible.”

The Cronks began their regenerative viticulture project two years ago, working within their community of growers to grow more trees and other vegetation as part of a more diverse agriculture system to increase the surface for CO2 capturing plants, regenerate organic matter in soils, increase biodiversity above and below ground and improve water retention in our region.

“The impetus to start our own regenerative farming project came from listening to Oregon wine farmer and scientist Mimi Casteel, who co-founded the Regenerative Viticulture Foundation with myself and several notable others earlier this year,” explained Stephen. “Her view on the situation and the importance of forests as part of our food systems is crystal clear: ‘Arresting and reversing climate change is a global objective. Our farms, our cities and towns, our deserts and oceans and remaining wildlands are all connected in time and space. Right now you know someone, or you are someone, who is going to be a climate refugee’.”

Stephen said he also wanted to see an urgent conversation about the better management of forests, adding: “Forests are complex ecosystems that have developed over millennia, but as sophisticated as they are from a biological perspective, their functional design is unable to cope with human-caused incidents, be they from a discarded cigarette butt (most likely the case for us in Provence this week) or from a spark from an ill-placed barbecue. In the Mediterranean region 95% of fires are caused by human carelessness and this is compounded by the hot and dry conditions that are becoming increasingly prevalent. Projects such as tree planting are futile if ongoing management of the forest and vegetation is not built in to protect these surfaces. As is stated by our friend and agronomy consultant Laurence Berlemont, intelligently managed agricultural surfaces can play a key role in fostering diversity, yet present an effective firebreak as part of a mixed agricultural and forestry system.”

Since the couple left London and took on Domaine Mirabeau in 2009, they have already experienced two ‘once-in-a-generation’ frosts and extremely low rainfall has become the norm.

“We are all citizens of this planet and stewards of the land and it is our collective responsibility to act now and do our best to prevent and protect further damage that generations to come will have to endure,” said Stephen.

“Our thoughts are with our local community of winegrowers, partners, as well as the many people who live in the area and have lost their homes and livelihoods.”

Read more about Stephen and Jeany Cronk and their work at Domaine Mirabeau.

Previous Article Get Away from It All in Burgundy
Next Article Restaurant Review: Liquide in Paris