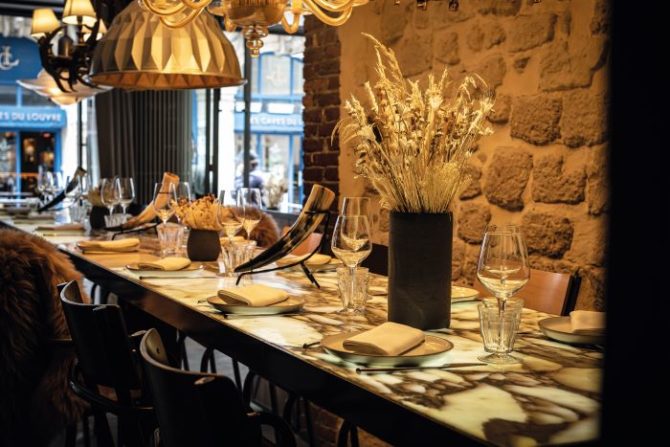 After nine months of privation, it was an intense pleasure to go out for my first restaurant meal in Paris of 2021. Though the gastronomic press in France had slowed to a trickle, I still knew that Matthias Marc, one of the most talented young chefs in Paris, had a new restaurant up his sleeve. Since Substance, his first restaurant, which opened in 2019, is one of my favourite modern bistros, I couldn’t wait to discover Liquide, his new “modern tavern” in the rue de l’Arbre Sec on the edge of Les Halles in the heart of the city. Arriving for lunch on a warm day a week after it first opened, the sheepskins draped over some of the chairs at the tables on the sidewalk terrace struck a discordant note both climactically and hygienically – shared animal pelts don’t seem like a very good idea in the age of Covid, but the welcome from the young staff was friendly and the brief €29 menu was appealing.

If the flamed mackerel with pickles and dill sprigs my friend chose as a starter was deeply satisfying, I think I got the better end of things with a brilliant trout tartare garnished with raspberries, freshly grated horseradish and beetroot coulis. Suave, refreshing and nonchalantly sensual, this dish made me muse once again on how it’s so often those dishes that appear simple, but which in fact are brilliantly calibrated and complex that are the shimmering signature of the very best contemporary French cooking. And what a pleasure this was as well for the point-blank reason that it was something completely outside of my culinary ken after months of assiduously cooking more than I ever have in my entire life.

After a long absence, it was exciting to find that Marc’s talent is as sharply honed and shrewdly inventive as ever. Here, he draws up the menus with colleague Jarvis Scott, who executes them, and the signatures of Marc’s cooking, including his deep love of the produce of his native Jura in eastern France, are delivered in surprising and deliciously charming ways, like a roasted pigeon stuffed with Morteau, the smoked sausage that’s a Jurassien classic. 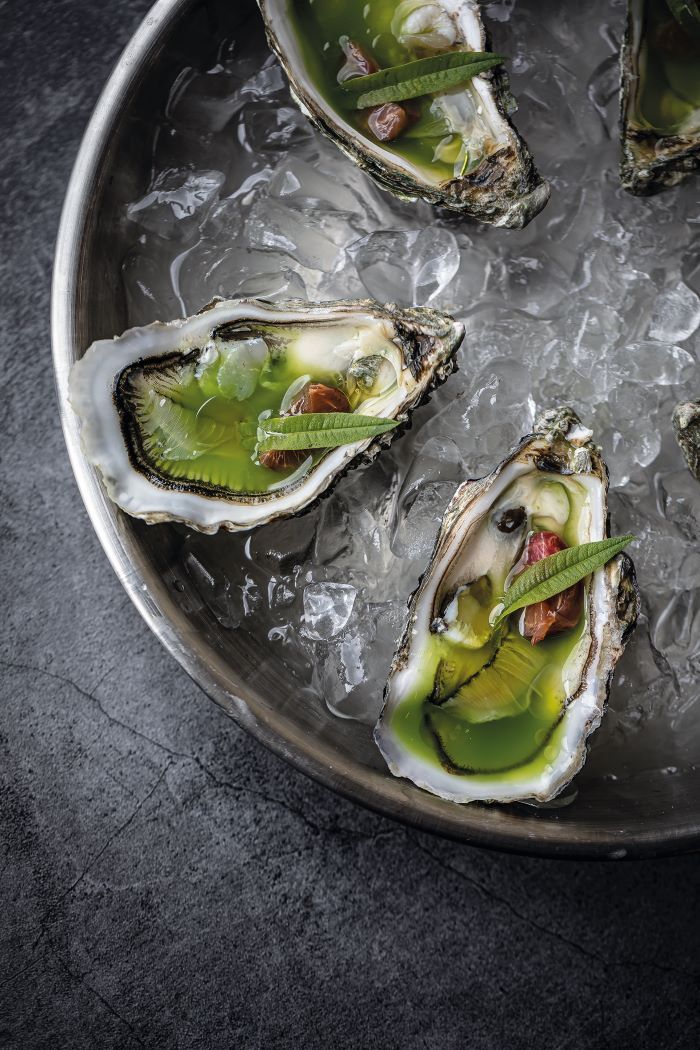 Marc’s neo-regionalism makes me very hopeful about contemporary French cooking going forward post-Covid, too, since the rudder of Gallic gastronomy will forever be the extraordinary richness of France’s provincial kitchens. It’s these distinctly different constellations of flavours and produce that compose the mosaic of French cooking, and it’s brilliant to see that this lesson not only hasn’t been lost but that it is deeply respected by the emerging new generation of talented French chefs.

After a supremely succulent main course of roasted Landes chicken with fragile croutons, turnips and a lively condiment sauce made from the turnip greens, tarragon and ginger, we tucked into a sublime summer dessert. It would never have occurred to me to serve rice pudding during warm weather, but Marc’s version was light and fluffy, and came to the table with freshly made cherry sorbet, halved cherries, and oxalis, a pungent and slightly sour herb that added percussion to the dish. 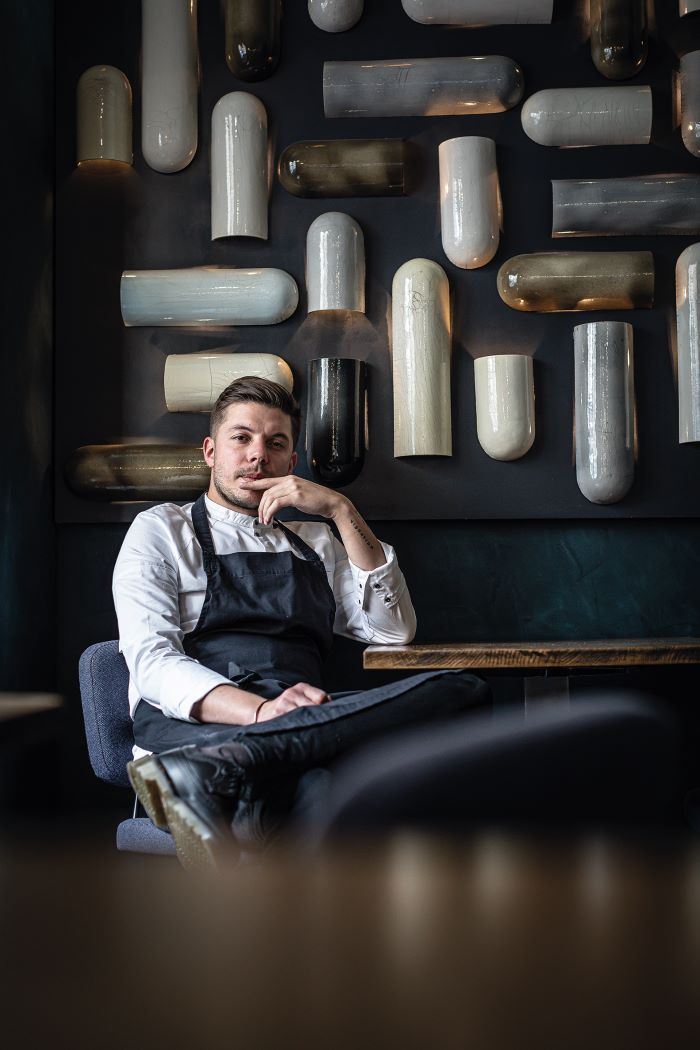 Given the fact that it’s within easy walking distance of both the Louvre and the just-opened Pinault Collection, Liquide is an outstanding and hugely useful new address in the heart of Paris. Now if they’d only do something about the rather comically dated décor of the dining room, which Philippe Starck did when this place was known as Racines 2, we’ll be good to go here for the cool weather months too.