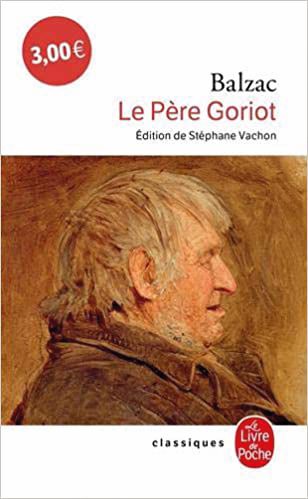 Balzac wrote Le Père Goriot in 1835 and it forms part of his novel sequence La Comédie humaine. It follows three characters in Paris in 1819: the retired pasta-maker Goriot, the mysterious Vautrin and an idealistic young law student called Eugène de Rastignac, who live in a down-at-heel boarding house.

Rastignac is keen to join the ranks of high society, but needs money. Vautrin suggests he go after a woman called Victorine and offers to kill her brother, who stands in the way of her inheritance. The evil influence of financial greed and social ambition are laid bare in Balzac’s trademark realist style.

Purchase the book on Amazon here

Previous Article What to See and Do in Brittany in 2021
Next Article Parisian Walkways: The Bouquinistes of Paris