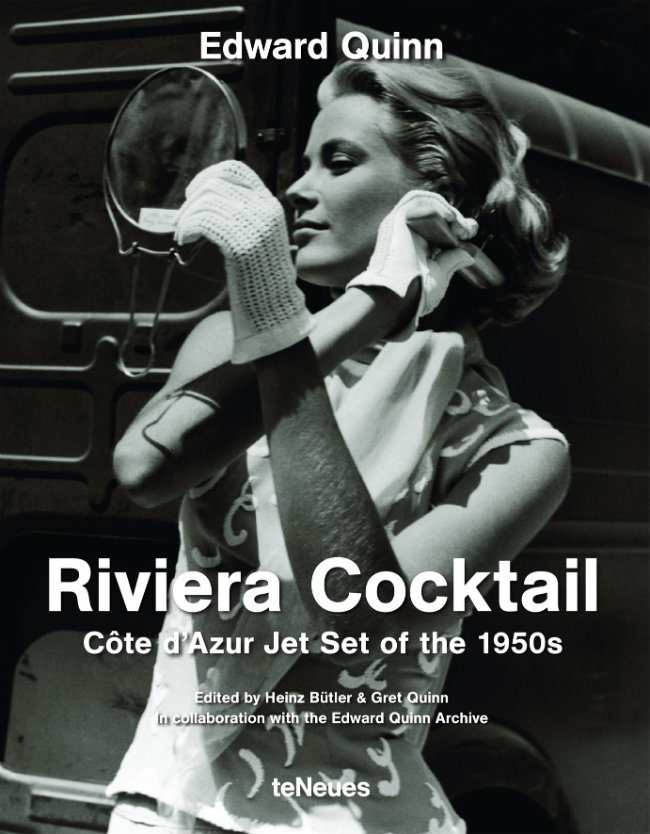 For more than a decade photographer Edward Quinn mingled with the Riviera’s beau monde, starlets and playboys, slinking unnoticed to lift the veil on an exclusive world of excess and glamour. A character in his own right, Quinn’s journey rivals that of his most eccentric ‘models’. The Irishman was happily moonlighting as a guitar player when a life-changing experience sheltering in a church during an air raid prompted him to join the RAF as a radio navigator.

He eventually made his way to the Côte d’Azur, where he painstakingly (but not without a flicker of irony) captured the 1950s A-list’s enchanted – and tumultuous – lives in their playground of choice. Candid snapshots of Audrey Hepburn braced against the biting wind, Grace Kelly’s first encounter with Prince Rainier, and a grinning Brigitte Bardot twirling childlike in her ballerina skirt, both compound and dispel the Riviera Set’s mystique.