The Hôtel on Place Vendôme by Tilar J. Mazzeo 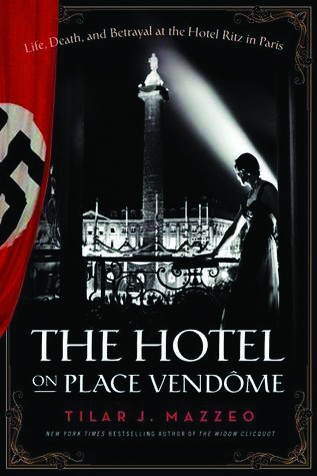 Not even the German Occupation could quell that archetype of luxury, Paris’s Hôtel Ritz. Between the fall of France in 1940 and its liberation four years later, the Ritz became the anomalous stage for a high-stakes drama played out by the artistic, political and intellectual elite of the day. Nazi officers rubbed shoulders with an international host of Paris dedicatees – Chanel, Hemingway and Scott F Fitzgerald among them – who refused to leave the capital no matter the cost.

At once anecdotal and intimate, but with stark documentary detail, Mazzeo tells a jaw-dropping account of the collaboration and heroism which once unfolded behind closed gilded doors. Dotted with emotive photographs of occupied Paris and quotes from contemporary figures, this controversial tale blends the historic and artistic legacy of Paris’s années noires, where beneath the Ritz’s glittering façade its residents struggled for freedom.

The Hôtel on Place Vendôme by Tilar J. Mazzeo, published by Harper Collins, £20. Find this book, and many more, in the France Today bookstore