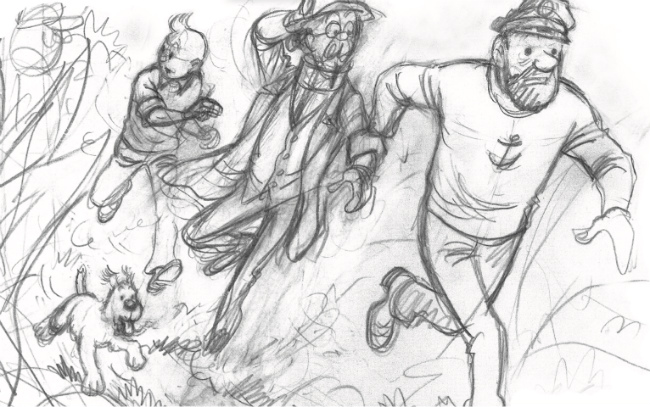 Yes we know, Tintin is not technically French. OK, he’s Belgian. But the intrepid boy-reporter’s rollicking escapades, from the Congolese forest to the deepest fathoms of the sea, have sent mini Frenchies into a tizz for generations (and even tempted our very own deputy editor into journalism) so allow us to grasp at straws and reclaim him as a Gallic icon. He speaks français after all…

Part homage to his dab creator Hergé – a self-taught artist with the razor-sharp wit to match his meticulous strokes – part potted history of the gentle hero’s inception, from his first outing in a children’s supplement as a tousled Everyman to the quiffed daredevil who’s set imaginations wild the world over, Tintin: The Art of Hergé is fans’ ultimate bedside book.

Packed with a trove of sketches, jottings, and never-seen-before storyboards as well as fly-on-the-wall photographs of the father of modern bande dessinée grafting away, it offers a rare glimpse of the man behind the most beloved children’s character.