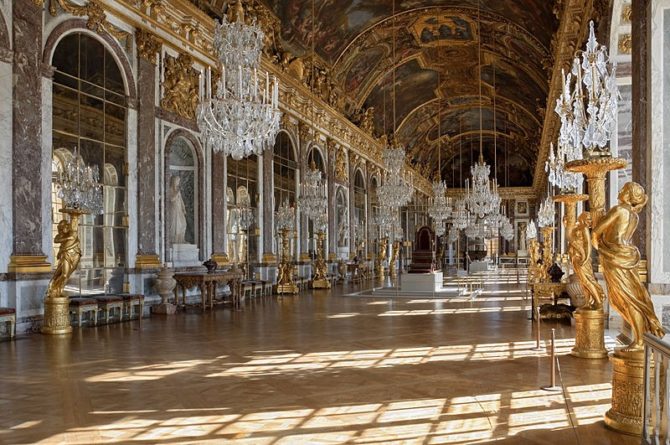 Before the days of central heating, in large buildings, like theaters, for example, the large rooms would be bone-chilling cold. The “foyer” would therefore be a gathering place where people would congregate to warm up between acts.

The word foyer is commonly used to define an entrance hall or other open area in a building used by the public, especially a hotel or theater, also an entrance hall in a house or apartment. The origin of the word comes from the same root as feu (fire), and it meant literally the place where the fire is built, the hearth.

Famous foyers are the Hall of Mirrors at Versailles and the foyer at the Palais Garnier Opera in Paris, inspired by its Versailles predecessors and just as breathtaking, although Garnier conceived it in a more republican spirit as a point in which the audience from all different socioeconomic walks of life could converge in one place. Up to this time, the foyer had been the exclusive domain of the male members of the audience, but on the inauguration of the Palais Garnier, it is said that the Queen of Spain asked to see this beautiful room with its magnificent ceiling painted by the celebrated Paul Baudry. Who would say no to a queen? Her ladies-in-waiting followed, and the taboo was broken.

In French, foyer also designates a unit composed of a group of people living in the same place, but it also means the building that holds this group of people “under one roof”.

Therefore a French foyer carries an architectural connotation that embraces the concept of warmth, fire, hearth and home.

Le Dernier Mot: On the Trail of the Wholesome Pine