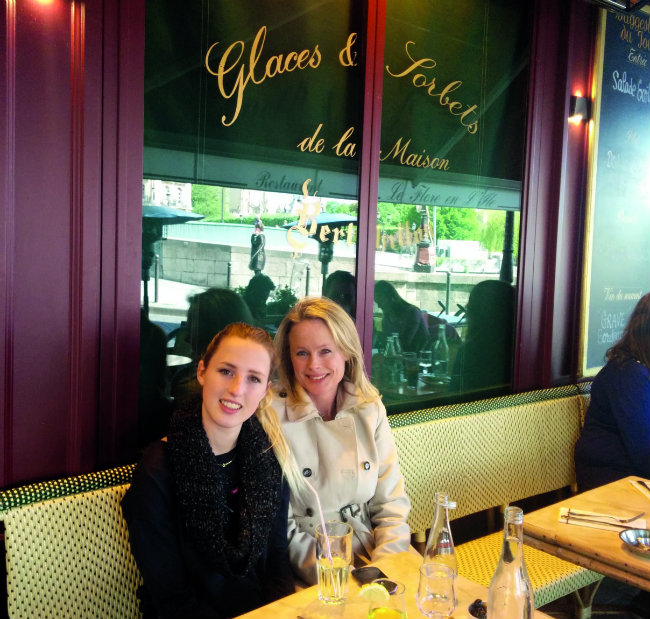 On the last day of our two-week holiday to the US, we huddled around the breakfast table in my sister’s Colorado home. Our suitcases scattered across the room, we had a long voyage ahead of us – back home to France. Amid the chaos of our departure my daughter looked dreamy. Pushing away a box of giant American donuts, Jackie made a surprising declaration: “Finalement, La France n’est pas si mal que ça.”

Vraiment? Did she just say: “France isn’t so bad after all?” Since when did our starry-eyed girl change her mind? Born in Aix-en-Provence, our little Franco-American set her sights on l’Amérique early on. The Land of the Free seemed to have the same magnetic pull on Jackie that La Belle France once had on me. I’ll never forget questioning my teenager about her preconceived notions. Why, in her opinion, was America “le meilleur”? Didn’t she see the authenticity of her father’s homeland?

“La France est tellement VIEILLE!” France is so OLD! Jackie complained. And now, suddenly, France wasn’t all that bad? What had led to this change of heart towards her pays natal? Just when did old fuddy-duddy France woo this millennial back? I studied our now 20-year-old, who was too busy texting to offer up any clues. Hmm, devinons…

Was it the long wait at restaurants that lead to Mademoiselle’s disillusionment?
At a popular pancake house, after we’d squeezed into a designated salle d’attente, Jackie made a funny observation as she looked around at all the customers en train de patienter. “It’s kind of like waiting at the doctor’s office back in France…” 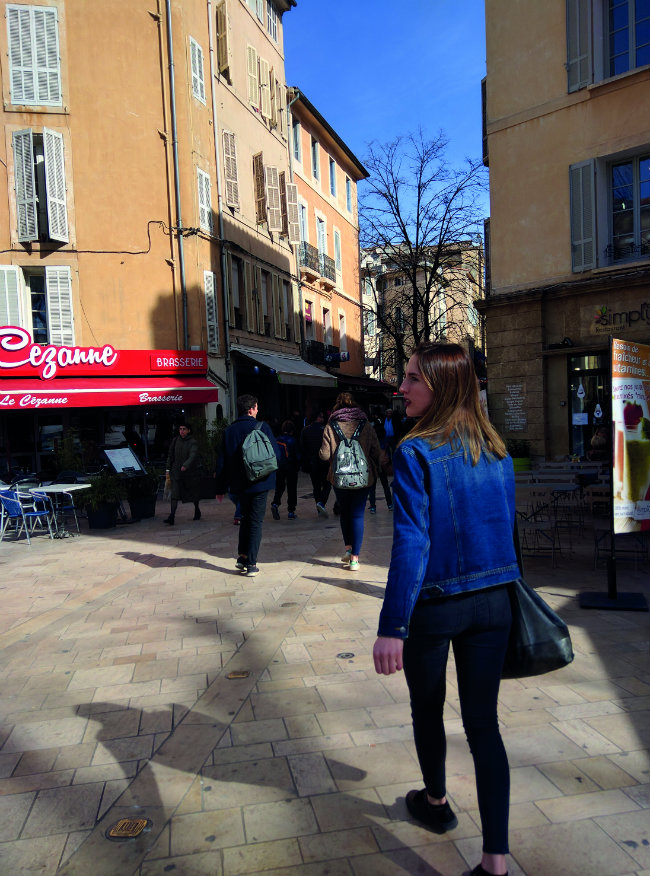 Or could it be the noise that bothered our little Frenchie? Finally seated, we had to shout at each other in order to be heard above the din, which often included blaring music piped in through who-knows-where (if I knew where, I’d rip those baffles right out of the wall! No wonder everyone eats so quickly – they want to leave and find peace!).

The non-stop commercials on TV and the billboards galore left our Mademoiselle itching to try new things– like giant beignets (donuts) in all shapes, colours and sizes. But when she pushed that box of donuts across the table on our last day, I could already read her mind, which said: “Bof!”(Translation: “Meh. What’s all the hype about?”)

Was our girl now seeing the humble croissant in a new light? Was old-fashioned France taking on a newfangled charm? My daughter’s eyes sparkled as she anticipated her return home to France (to calm and quiet? to longer meals? to…) …to Jérémie, Jackie was saying.

“What’s that, Sweetie?” I replied, waking from my own rêverie.

“I said I just sent a text to Jérémie…”

Et ben, oui! Now I understand why France was suddenly pas si mal que ça. Because Mademoiselle was now seeing it through the rose-coloured glasses of l’amour.