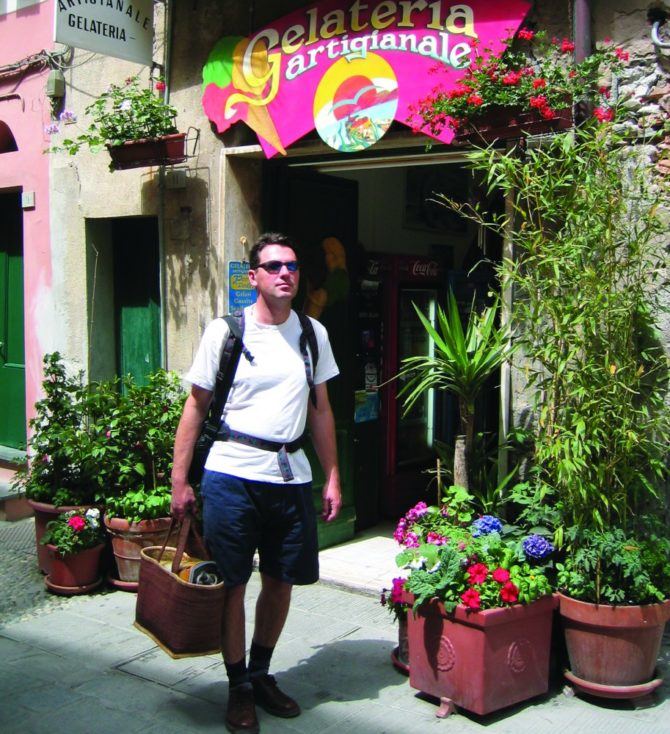 Every year, after the exhausting grape harvest, our family indulges in a relaxing getaway. Given the South of France’s proximity to so many islands, we gravitate to destinations with a bit more warmth en hiver. The Canary Islands were the ticket this time! With those desert landscapes and the camels, it was easy to – as the French say – enjoy a complete dépaysement. But there was one thing that wasn’t so foreign, something oddly familiar at our all-inclusive hotel…

At the breakfast bar my husband was up to his old tricks again. “Jean-Marc!” I hissed, lowering my coffee cup. “Don’t you start that up again! You did that back in Madrid and it was so embarrassing when the hotel manager came over with the reminder about it being a breakfast and not a lunch buffet!”

My husband, calm as the cucumber he’d just lifted, continued building his sandwiches from the expansive display – a little bit of sliced bread, and why not a sesame roll? In went the scrambled eggs, some breakfast sausages, oh, and did he fancy some cheese? Mais oui!

I wanted to hide behind the stack of pancakes when fellow guests strolled by, but it was the manager who worried me the most – she was on her way over with fresh coffee! Jean-Marc was unflappable: “Well, what’s she going to do? Throw us in prison? By the way, would you like me to make you a sandwich, chérie?”

“Nooo!” I quickly tossed my napkin over a stash of charcuterie, seconds before the server arrived.

Later on, at the beach, I envied ‘the Sandwich Man’. There he sat, beneath a borrowed shade (he’d swiped a hotel parasol and bathroom towels!), staring out to sea.

“Some for you, chérie?” asked Jean-Marc, proffering a bite of his hash brown sandwich. “No, I don’t want any!”

The next morning it was the same ritual: rolls, ham, fromage and a worried wife. “Jean-Marc!! Tu exagères!”

“Maybe I’ll sell them on the beach to pay for our vacation!” he teased. Frustrated, I got to thinking… with light eaters such as myself, a sandwich made from the leftovers on the plate would be écologique!

I started making suggestions to the sandwich maker.

“I might like some fried egg and some bacon… if that one were mine,” I said, handing over les restes.

Jean-Marc took the hint, making me a mid-morning snack. Meantime, our son constructed himself a modest ham-and-cheese on white bread. Meanwhile, our daughter Jackie steered clear of this shady ‘sandwichery’, preferring to wait until 2pm, when respectable Spaniards ate – and subsequently paid for – their lunches.

By the end of our holiday, my rigid rules were loosening – along with my belt. I began placing orders with the Sandwich Man: “…and don’t forget the cheese!” I still didn’t have the guts to make my own free lunch, so my triple-decker was dubbed “The Hypocritical Hoagie.”