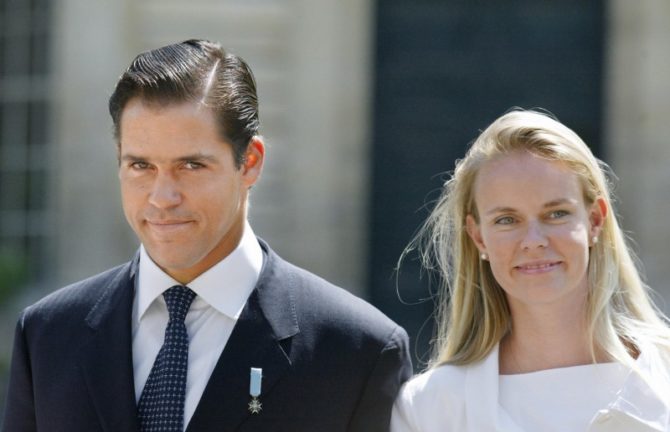 Should we need a reminder, the lavish exhibition simply titled “Marie Antoinette” at the Galeries Nationales du Grand Palais is blockbuster proof of the fascination the queen still holds in France and beyond. Ever since she was beheaded on October 16, 1793, French observers have come up with varying interpretations of her life, portraying her alternatively as the money-squandering Austrian queen; a very young victim of the strict court etiquette smothering Versailles; a frivolous airhead bent on enjoying life’s pleasures; or, in her final year, a treacherous plotter determined to bring back the monarchy. More than 200 years after her death, the French still have strongly mixed feelings about Marie Antoinette.

But for all her fame and longevity in the limelight, Marie Antoinette was not the last queen of France. Even after regal heads were lost to the guillotine, royalty returned to power for brief periods, and to this day a small minority of the French thinks the country would be better off as a monarchy. Should that ever happen, however, none of the future royals would be a direct descendant of Marie Antoinette and Louis XVI, as none of their children produced an heir.

In the exhibit, all three children are portrayed with their mother in several wonderful portraits by Elizabeth Vigée-Lebrun. The elder son, Louis-Joseph, died of tuberculosis at the age of seven, in 1789. The younger son, Louis-Charles, the ill-fated Louis XVII, was imprisoned with his family during the Revolution and died at the age of ten. It was long rumored that he had escaped, and his story continued to intrigue historians and the general public for years until DNA testing finally confirmed that the child who had died in June 1795 in the Temple Tower prison was indeed “Louis-Charles Capet, son of Louis Capet, last king of the French, and of Marie-Antoinette of Austria…”

The oldest of the children, Marie-Thérèse-Charlotte, born in 1778 and known as Madame Royale, was also imprisoned in the tower, but kept separate from her mother. She was eventually exchanged for captured French soldiers and sent to her mother’s family in Austria. She married her first cousin, the son of Louis XVI’s brother, but had no children. She became a staunch defender of her uncles, who reigned during the Restoration, and Napoleon is said to have called her “the only man in the Bourbon family.” She died in exile near Vienna in 1851, but not before entering French history again, ever so briefly.

Before the DNA tests, the “Louis XVII affair” took on a life of its own, with dozens of adventurers claiming they were the dauphin who had managed to escape his jailers. As historian Philippe Delorme tells it, the doctor who performed an autopsy on the body of ten-year old Louis XVII managed to remove his heart and preserve it. On several occasions during the Restoration, the doctor, a certain Philippe-Jean Pelletan, attempted to return the heart to the royal family, but his efforts were thwarted and the heart was lost during the 1830 Revolution. Pelletan’s son succeeded in retrieving the relic, and it passed, through several hands, to Don Carlos de Bourbon, then the pretender to the French throne, in Venice in 1895.

In 1975, after almost a century of exile in Italy and Germany, the heart was finally returned to France and entrusted to the Mémorial de France à Saint-Denys, an association devoted to honoring the memory of Marie Antoinette and Louis XVI. Historian Delorme convinced the association to have the DNA testing done, which proved that the heart had belonged to someone who shared DNA patterns not only with Marie Antoinette-conserved locks of her hair were tested-but with living descendants of her dynasty including the Queen of Romania and her brother, Prince André de Bourbon Parme. Today, Louis XVII’s heart lies in the royal necropolis in the basilica of Saint Denis, just outside of Paris, in a glass urn not far from the tomb of his parents, whose remains, after lying in a mass grave for 20 years, were transported to Saint Denis in 1815. Doubts about the identity of those remains have of course been raised.

Meanwhile, the 19th-century saw two brothers of Louis XVI restored to the throne for short periods between Napoleon and various revolutions.

The first was Louis-Stanislav-Xavier, who reigned as Louis XVIII. Having fled abroad, he tried and failed to return to France with a small army, and he had to wait for Napoleon’s downfall. As Napoleon faltered, a political coalition searched for a candidate to replace him. Several possibilities were considered, including Napoleon’s own son, but in the end Louis XVIII was chosen. He landed in Calais in 1814, ready to reinstate the monarchy, albeit a constitutional one.

“He entered Paris in an open carriage drawn by eight horses; a Te Deum was sung at Notre Dame, and the King was solemnly saluted by choirs, a concert and the release of a balloon decorated with white flags,” writes Alistair Horne in Seven Ages of Paris. Only months later, adds Horne, “the portly old king clambered heavily into his coach and sped off to Ghent”, retreating as Napoleon returned for his last-ditch “Cent Jours”. Louis XVIII was soon back again to finish his reign, dying peacefully in 1824.

Since he died childless, he was succeeded by his brother Charles-Philippe, who ruled as Charles X. He too had emigrated during the Revolution and made the rounds of the European courts to drum up support for the royal cause. His coronation in 1825 was a regal affair with a full sacré du roi ceremony in the Reims cathedral. His reign ended with the Revolution of 1830.

He was forced to abdicate. Thinking that he would be allowed to choose his own successor, he passed over his elder son the Duc d’Angoulême-husband of Marie Antoinette’s daughter, Madame Royale-in favor of his grandson by his younger son, the Duc de Berry. The Duc d’Angoulême was forced to renounce his right to the throne, but in the short time before he officially signed that renunciation, he was technically Louis XIX, and Marie Antoinette’s daughter was briefly queen of France.

In fact, Charles X’s choice was irrelevant. The Chamber of Deputies-the monarchy was now constitutional, not all-powerful-chose its own candidate for the throne, Louis-Philippe.

A descendant of the Orléans line, Louis-Philippe was related to the elder Bourbon line through Louis XIII. But his family was mistrusted by the Bourbons and his support of some revolutionary ideas had no favor in the eyes of the Legitimists. His queen, Marie-Amelie de Bourbon-Siciles, is rumored to have burst into tears and exclaimed “What a catastrophe!” when her husband was named. Known as the “Citizen King”, he reigned from 1830 to 1848, when once again there was revolution and forced abdication. This time, the National Assembly, under public pressure, proclaimed the Second Republic. 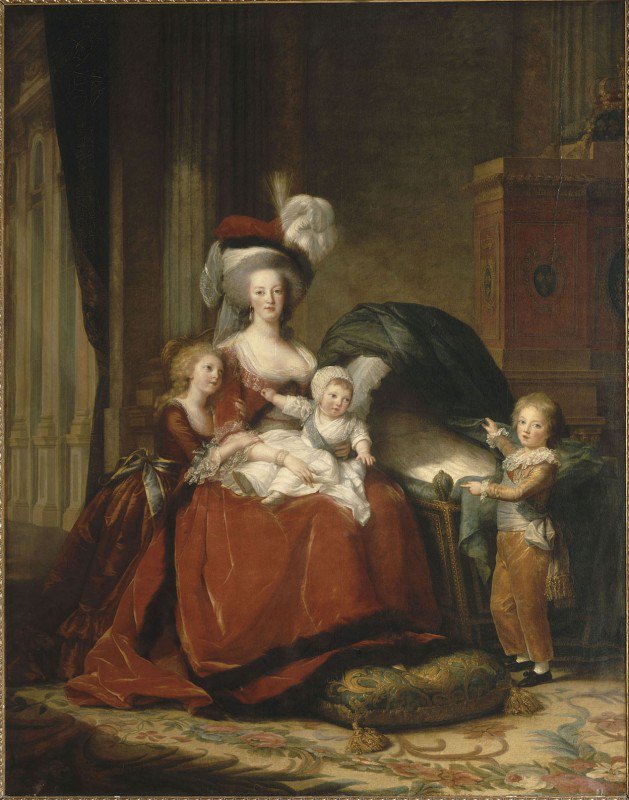 Since then, royalists have never stopped arguing about who is in line for the throne. The current head of the Bourbon family is 34-year old Louis Alphonse de Bourbon. A great-grandson of the Spanish king Alfonso XIII, he is descended from Louis XIV. For the competing royalist faction of “Orléanistes”, 75-year old Henri d’Orléans, the Comte de Paris, is the preferred pretender.

Neither pretender is really active on the French political scene, yet there are minor parties supporting the royalist cause. Most prominent among them is Action Française, a group founded in 1896 and associated with the controversial Charles Maurras. As its web site proclaims, “Action Française is the main French royalist movement. It is both a school of thought and a militant organisation. Monarchist because it is nationalist, AF is at the forefront of the fight for sovereignty.”

All around France, people still gather for Masses in memory of Louis XVI, as they did at the Chapelle Expiatoire in Paris this past January 20 on the anniversary of his death. Louis XVIII had the lovely Neoclassical chapel built on the site of a cemetery where Louis XVI and Marie Antoinette were originally buried, and it has remained a hot spot of monarchist fervor ever since.