Interview with Vincent Lacoste: “I would love to meet Martin Scorsese” 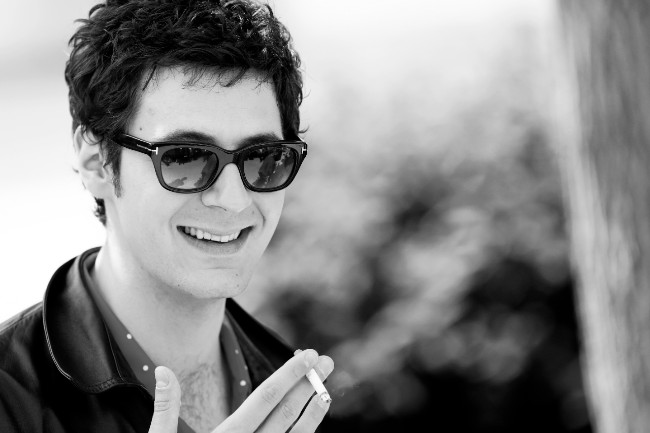 At the age of 26, Vincent Lacoste is already a Cannes veteran. France Today’s Lise Pedersen met him at Les Arcs Film Festival where his latest film “Mes jours de gloire” was premiered. He opened up about his love of cinema and food, those who inspire him, and his upcoming work.

France Today: You’re not 30 yet and you’re already what some would call a Cannes veteran. What does the Cannes film festival mean to you?

Vincent Lacoste: “Let’s not exaggerate,” he smiles. “I guess I have already been to Cannes six or seven times… it’s wild, I love that festival. For two weeks, all eyes are turned on Cannes, it’s all people live for. I’m a fan of cinema so I’ve always gone to see all the films in competition in Cannes, it’s a unique opportunity to shine the light on those films… and you get to meet people from all over the world.”

FT: Talking about your love of cinema, which films from the other side of the Atlantic have made the biggest impression on you recently?

VL: I really loved “Marriage Story”and “The Irishman” in 2019 – I am a big fan of Martin Scorsese. The New Hollywood period is my favourite. There are some amazing directors around like Sofia Coppola, David Fincher, Jim Jarmusch. The history of American cinema is fascinating. Legendary directors like Frank Capra, Otto Preminger and Elia Kazan turned me into the cinema-lover that I am.

FT: Who would you like to make a film with?

VL: Scorsese, he’s my idol. There is such incredible continuity in his cinema. I watch “Casino” at least once a year. What’s amazing with Scorsese is that you learn about cinema: it’s thanks to his films that I watched films by Truffaut, Godard and Rohmer… At the same time, his movies are very entertaining. They’re gangster films with a lot of humour, the rhythm is perfect even when they are three hours long. And then there’s the way he uses music. He rarely gets it wrong, he’s made some 30 movies and he’s probably the best filmmaker of the New Hollywood generation. Take “The Irishman”(2019) or “The Wolf of Wall Street” (2013), those are incredible films, they just don’t age! That’s what I like best about Scorsese: he has a love of cinema, he restores films and passes on his knowledge to a new generation. I would love to have the chance to meet him sometime, I think he is fascinating.

FT: In the past decade you have made a lot of films. Where do you see yourself in ten years’ time?

VL: Ten years from now? I don’t know… I hope I’ll still be doing films that I enjoy. I love cinema, it’s what I enjoy most in life. Even when I worry that everything might go wrong – when you’re an actor you’re always worried it all might come to an end – I’ll still have cinema. I’ll still be able to watch a film like “Eyes Wide Shut”, for example. Films like that are both outstanding and entertaining, they show beauty – or ugliness – in the world. I feel safe in the knowledge that I’ll always have cinema.

FT: You often say that you became an actor by accident, but it doesn’t seem that fortuitous considering your love of cinema…

VL: I say I fell into it by chance because I didn’t know anyone in the world of film. It’s quite a closed world which can seem inaccessible from the outside. That was my impression. My parents didn’t work in film, I didn’t know anyone who did. And I was just 14 years old when I started out. But I’ve always been a movie-lover because my parents introduced me to films at a young age: I was just eight years old when they showed me my first David Lynch movie! I’m very grateful to them because they gave me a taste for culture, and especially for cinema. I feel very lucky to have been given a chance to develop my passion for cinema.

FT: High on the list of the people you want to work with is Finnish director Aki Kaurismäki. Why?

VL: Because I am big fan of R. W. Fassbinder. He was considered an outsider even in German cinema. He had his own theatre troupe and he made dark, bitter movies. I love the aesthetic of his films. They are not immediately accessible, and it feels to me like Aki Kaurismäki could have been Fassbinder’s brother, they share the same dark sense of humour. I love the look of his films. Musically, they are also very interesting. Take the two films about the fictional rock band Leningrad Cowboys. They have a strong eastern European vibe, with cold but vivid colours. His films are a feast to the eye and also tell stories about ordinary tragedy, they have a Russian feel. I am a big fan of Russian literature. Take (Nikolai) Gogol for example, I love the story of “The Overcoat”. It’s the story of this guy who is ridiculed by his colleagues at work because he has an ugly, old coat. So he decided to impress them and goes and buys himself a really expensive coat, he even borrows money to buy it. When he turns up at work wearing this sumptuous coat, everyone admires him. But on his way home someone’s steals the coat from him and in the end he dies of cold. It’s a tragedy of course, but it’s a satire, it’s both cynical and funny, and perfectly echoes the spirit of Kaurismäki’s work.

FT: Let’s talk about the directors you have worked with. You’ve made several films with both Riad Sattouf and Christophe Honoré?

VL: Riad Sattouf is a like a brother to me, I started out with him in “Les Beaux Gosses” (2009). I’d make another film with him any day: without him, I would never have become an actor! As for Christophe Honoré, I’m a huge fan of his, he’s an exceptional director. The last film we did together, “Chambre 212” (2019), was a lot of fun. It was a short shoot and we did it all in a studio. We were always lounging around in beds, it was very pleasant (LAUGHS). It’s always great making a film with Christophe because he pays so much attention to his actors, he treats us like semi-gods, we don’t have to worry about anything, he tells us, ‘You’re great, you’re wonderful’, and we’re like, ‘Yes, we are wonderful, aren’t we!’” (LAUGHS)

FT: You have several films being released this year, starting with “Mes jours de gloire” (“My Days of Glory”). Tell us more about that film.

VL: It’s the story of Adrien, a former child celebrity, who’s trying to kick-start his career by playing in a biopic about the General de Gaulle. Everything is going wrong in his life: he can’t pay for his flat, his sex life is non-existent – he has erectile problems -, his parents are separating but are trying to hide it from him. He’s the kind of guy who always puts things off to tomorrow and slowly looses the plot. It’s the story of someone who falls into depression, but it’s a comedy.

FT: How easy was it to relate to your character?

VL: I am quite different to my character because even though I started acting at a young age, I’ve never stopped working. But I can identify with the fact that sometimes you feel stuck in life. This guy is paralysed by his own failure. He’s lost all self-confidence but keeps on pretending to the world that everything is ok. In fact, he doesn’t know what to do with his life. It can happen to anyone. Before I started acting, I didn’t know what I wanted to do with my life. People have to have it all worked out by the age of 20 but it’s only by trying out a job that you know whether it’s the right one for you. And there’s so little work around these days…

FT: What might you have done if you hadn’t become an actor?

VL: If I hadn’t become an actor I think I might have become a food critic. I love food, and being paid to eat, what an amazing job! But I’m joking of course, because you need to be a good writer to be a critic. Well, maybe it’s not too late: if I fail as an actor, I might become a film critic (SMILES). And we are so lucky in France because we have such a rich food culture.

FT: What is your favourite dish?

FT: What other films can we look forward to seeing in 2020?

VL: “De nos frères bléssés” by Hélier Cisterne is the story of an anti-colonial militant during Algeria’s independence war, who planted a bomb in the factory where he worked and was sentenced to death by the French authorities. And then there’s “Comédie Humaine”, an adaptation of Balzac’s “Illusions Perdues”, by Xavier Giannoli.

FT: Vincent Lacoste, thank you very much for the chat.

Previous Article What to See and Do in Corsica
Next Article Book Review: Parents Under the Influence