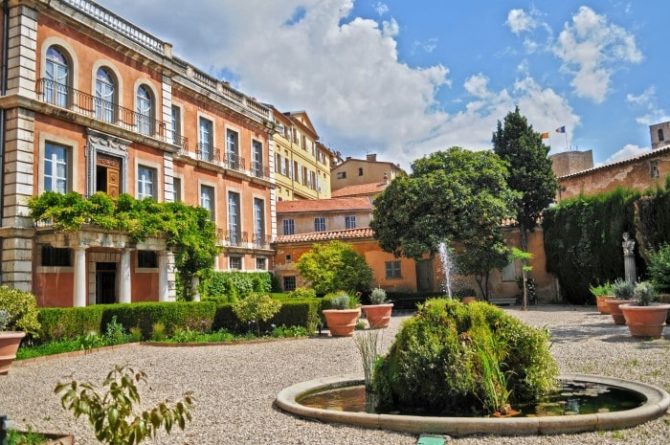 The world capital of perfumery, the Mediterranean city of Grasse hasn’t always smelled of roses, as Jennifer Ladonne discovers

In 2018, the “world capital of perfume” was honoured with UNESCO’s Intangible Cultural Heritage status to acknowledge and protect a centuries-old expertise.

Of the five senses smell is our most neglected, its miraculous subtlety drowned out by those workhorses hearing and sight. But scents are evocative, and informative, on levels we don’t consciously compute. It turns out that emotions have an odour. Why do we prefer to be around someone who’s giddy in love? Because we like the smell of delight. Scientists have even pinpointed odours that make us appear more attractive. In one study, participants who smelled and enjoyed the aroma of ripe grapefruit guessed the age of women shown in photographs to be around 12 years younger than they actually were; floral or spicy notes made women appear around four pounds slimmer. It seems science is finally catching up with some of the mysteries the perfumers of Grasse have known for centuries. 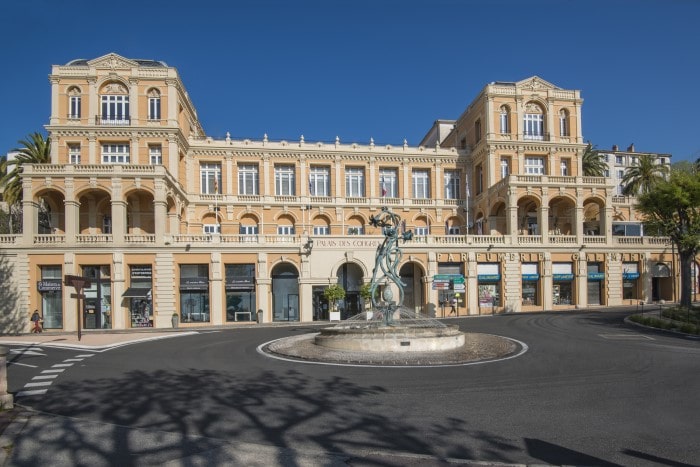 Nestled between the Côte d’Azur and the foothills of the Southern Alps, the Pays de Grasse’s temperate weather, rich soil and sheltered fields coincide to create the ideal microclimate for the cultivation of flowers. Iris, mimosa, tuberose, violet, orange blossom, hyacinth and most of all jasmine and the tousled pink centifolia rose (called the May rose) provided the backbone of an early cottage industry that over the centuries blossomed into the world epicentre of perfume. 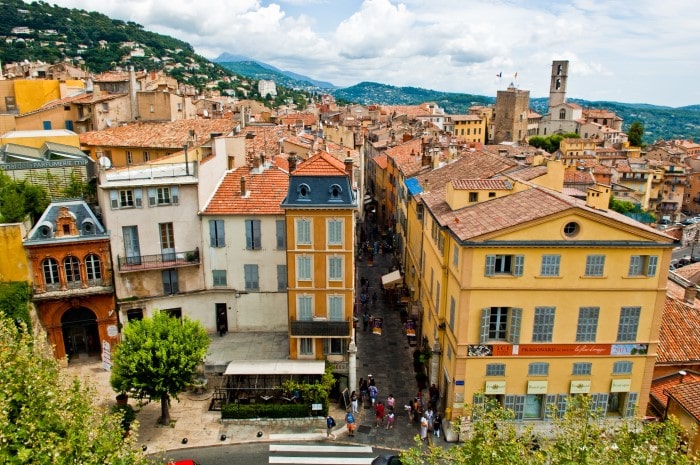 But Grasse has not always smelled like roses. Tanners found the region’s many rivers indispensable to their trade – a notoriously foul-smelling one due to the stench of decaying hides, not to mention the use of animal excrement in the tanning process – which thrived here from the 12th century onward. Prized by the French nobility, Grasse’s leather products – especially its supple gloves – reeked.

Queen Catherine de’ Medici, the industrious widow of King Henry II, credited with bringing everything from fine pastry to the fork to France from her native Italy, came to the rescue by dousing her gloves in scent. Catherine bestowed perfumed gloves from Grasse on all her favourites (and, allegedly, poisoned versions on her not-so-favourites) sparking a 16th century craze that nourished Grasse’s parallel industries: leather and perfume. 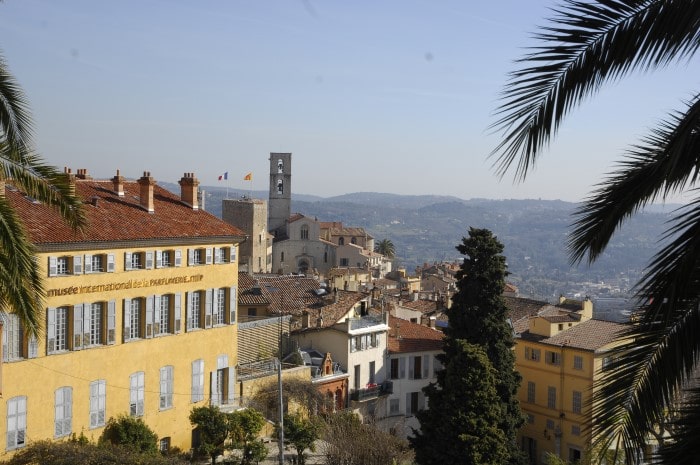 While high post-Revolution taxes finally dealt the death blow to Grasse’s leather works, the Industrial Revolution’s technological innovations were wholeheartedly embraced by the city’s old glovemaking-perfumer families (including perfumers Galimard, Molinard, and Fragonard, still major presences in Grasse today), who pioneered ever new methods of extraction from plants grown in Grasse and from less perishable materials – such as woods, resins or leaves – imported from abroad. Today, some of the most famous elixirs ever to grace a wrist are still inextricably linked to Grasse expertise… including the perfume many consider to be the greatest ever created. 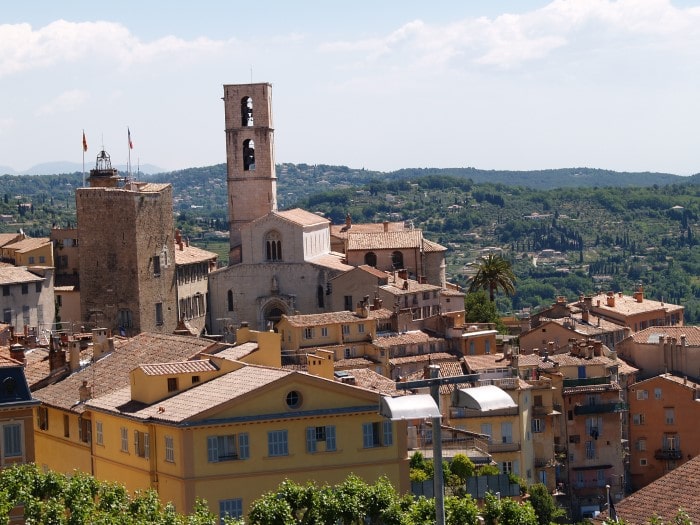 The town of Grasse. @capg

In 1920, Coco Chanel decided to proceed with a project she’d envisioned for years: aligning her fashion house with a signature perfume, a new trend pioneered by only two other couturiers at the time. There was just one place to go: the Pays de Grasse. 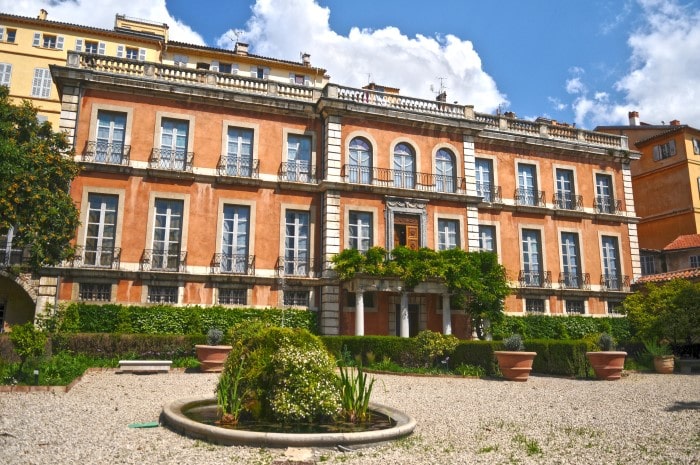 Museum of Art and History of Provence. @capg

On the Côte d’Azur, about 15 miles from Grasse, Chanel was introduced to Ernest Beaux, a brilliant “nose” working for a notable Grasse perfumer. Both daring innovators and resolutely modern, Beaux and Chanel were a perfect match. Chanel knew what she wanted: something refined, sensuous, daring and luxurious. Beaux gave her his masterpiece: the legendary Chanel No. 5. When Chanel summoned Grasse’s expertise, dozens of family growers worked nearly 5,000 acres of flowers and plants cultivated for perfume – about 2,000 acres of jasmine, 1,700 acres of roses, 160 of tuberose and the rest reserved for orange trees, violets, verbena and other aromatic plants. But in the 1960s and 1970s, production began a precipitous decline due a flood of low-cost synthetic materials and a Côte d’Azur real-estate boom that made the fields of the Pays de Grasse more lucrative for villas than for flowers. Today Grasse cultivates about 12 acres of jasmine and 120 acres of roses. 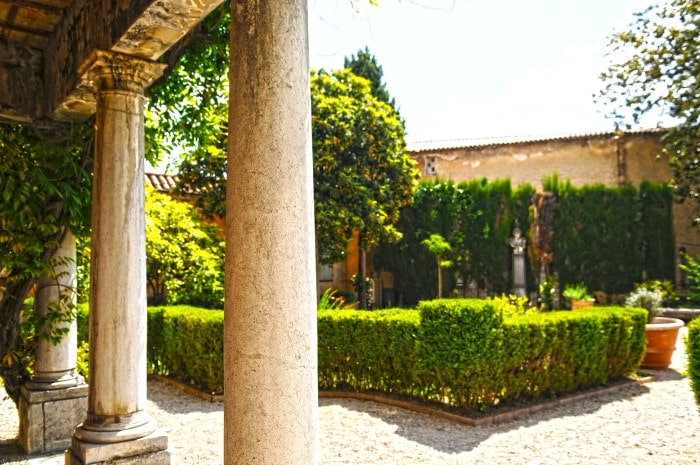 Museum of Art and History of Provence. @capg 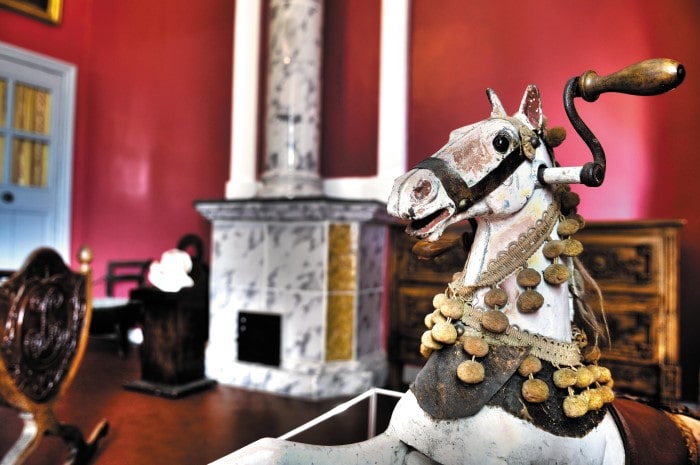 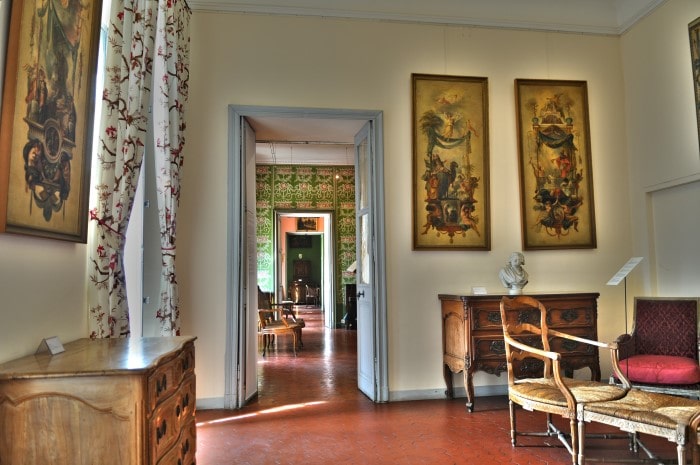 Most of the farmer families sold off their fields, but a few held on. The Mul family, fifth-generation cultivators, not only grow the delicate May rose and jasmine flower essential to No. 5’s formula, but also extract their ‘absolutes’, a highly concentrated oil obtained from the raw flower petals in a sophisticated three-part distillation process.

Le Domaine de Manon, now headed by the fourth-generation grower Carole Biancalana, cultivates the roses, jasmine and tuberoses and extracts the absolutes exclusive to the perfumes of Dior, such as J’Adore L’Or and Miss Dior Rose.

The decline of the flower fields was particularly heartbreaking for Jean-Pierre Leleux, whose memories of boyhood in the 1950s are inextricable from the “inebriating” scents of Grasse’s flower fields. As the mayor of Grasse from 1995 to 2014, Leleux was well placed to do something and, with TV journalist Nadia Bedar, he set about applying to UNESCO for inclusion on the Intangible Cultural Heritage list – a relatively new status created in 2003 to recognise and protect certain skills and traditions.

Ten years and countless meetings later, on December 15, 2018 Grasse was finally granted UNESCO status in acknowledgement of the “know-how related to perfume in the Pays de Grasse and to encourage recognition of the profession of perfumer in the arts”. 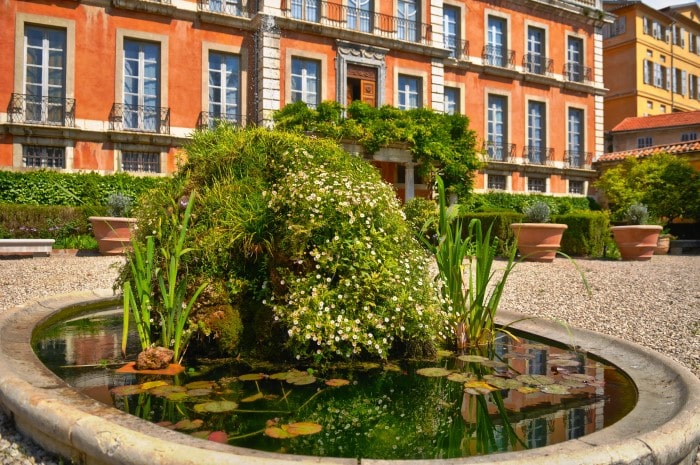 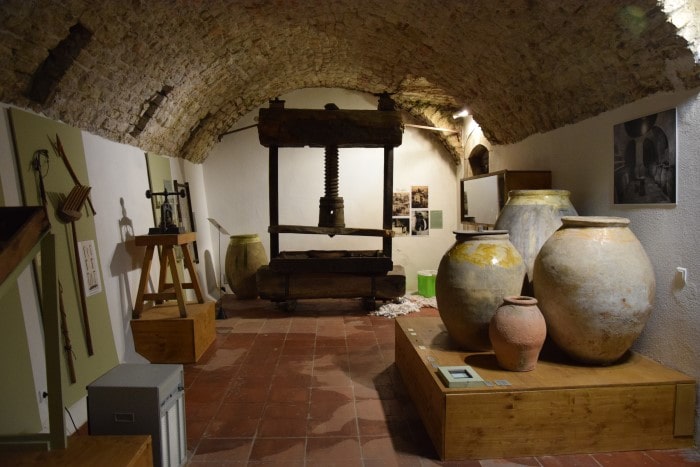 However evanescent the nature of perfume or intangible the expertise that goes into it, the many people and professions that make Grasse unique in the world are determined to keep this particular romance alive. Jérôme Viaud, the current mayor of Grasse, who has invested mightily in the project, summed it up best: “We will not let our fabulous legacy, handed down by dozens of generations, disappear from human history”.

A town for today 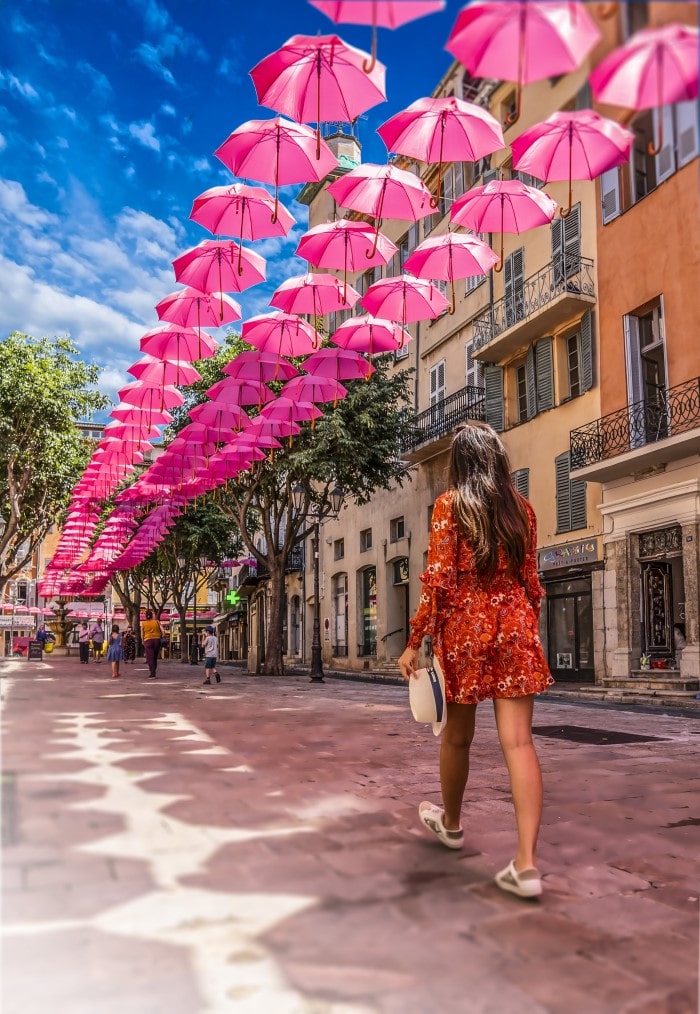 The name Fragonard comes up often in Grasse, and at the elegant Villa Musée Fragonard you’ll see why. The 18th-century genre painter Jean-Honoré Fragonard – a favourite of King Louis XV – was the son of a Grasse glover. If you don’t make it to the museum, pop into the 13th-century Cathédrale Notre-Dame-du-Puy, overlooking the edge of the old town, where you’ll find Fragonard’s The Washing of the Feet (by no means his best; religious themes were not exactly his thing), and more surprising, three paintings by the 16th-century Flemish master Peter Paul Rubens. 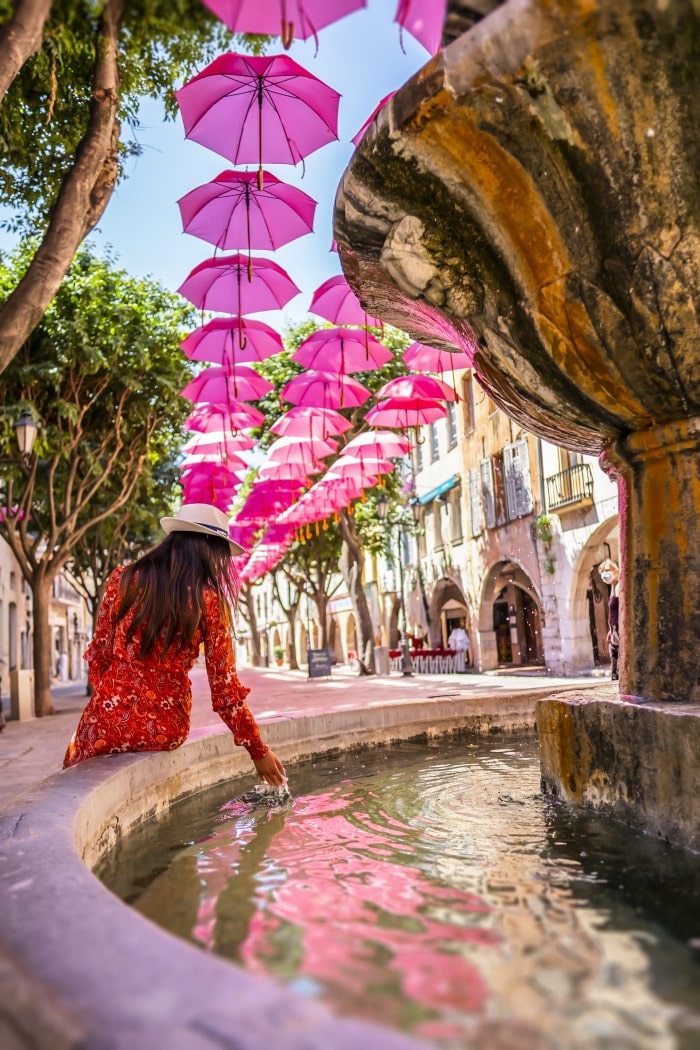 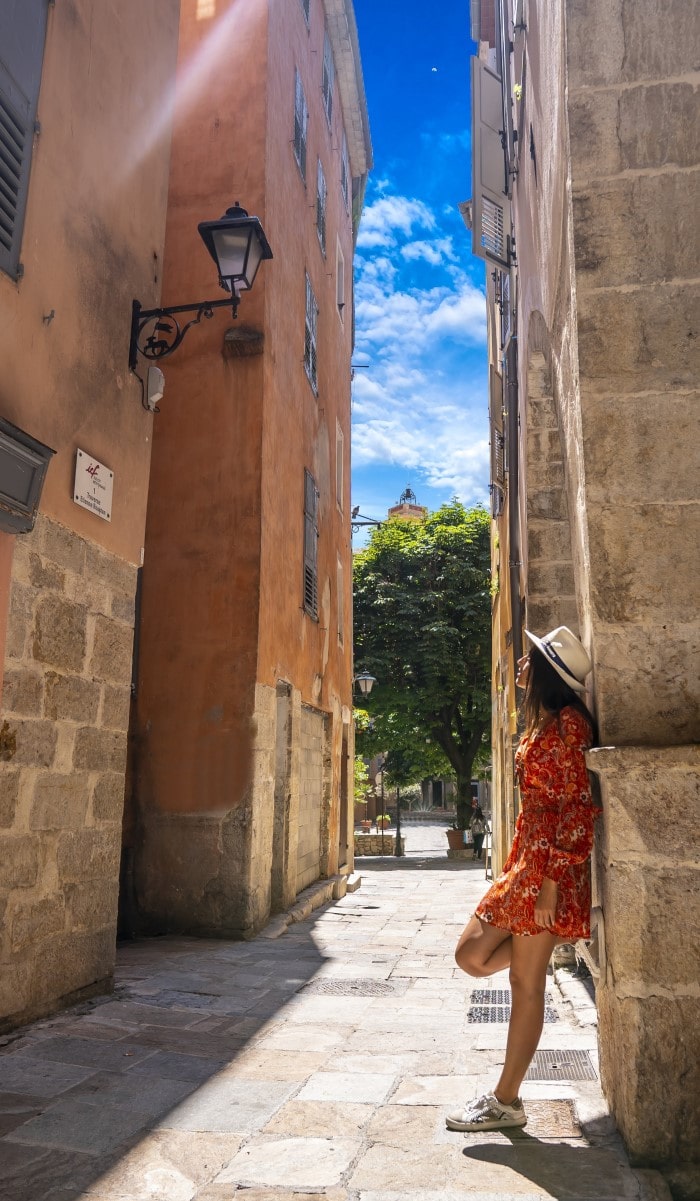 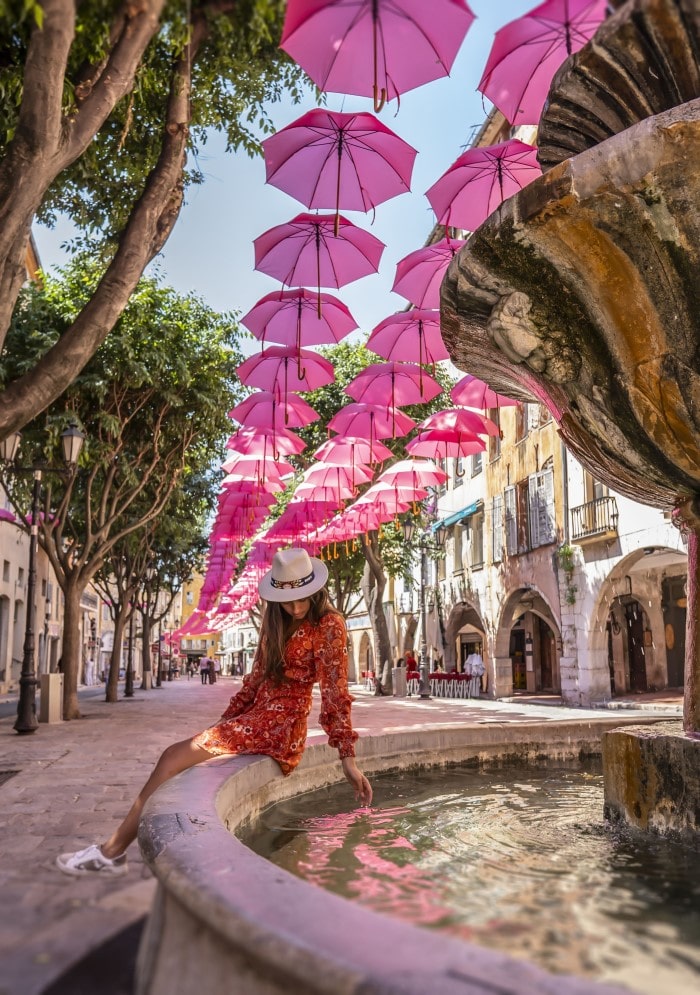 Fragonard perfumers, founded in 1926, adopted the illustrious name for their perfume works and boutiques, which dot the Côte d’Azur and Paris. The Grasse factory is open to the public daily and you can even sign up for a perfume workshop.

Visitors to Grasse should not forego a visit to Fragonard or the city’s two other major perfumers, Galimard, the oldest, founded in 1747, and Molinard, founded in 1849, for a taste of what makes Grasse the undisputed world capital of perfume. All three houses offer tours of their perfume works, make-your-own perfume workshops and have alluring boutiques where you can purchase the classic fragrances and so much more.

A visit to Grasse would also not be complete without a stroll past the shops and town houses lining the pretty Place aux Aires. At independent perfumer and nose Jessica Buchanan’s chic boutique, 1,000 Flowers, you can select the perfect memento of your visit to Grasse from a scintillating range of signature fragrances based on natural absolutes from the Pays de Grasse.