How UNESCO Preserves the Rich Tapestry of Life

It’s not only natural wonders and man-made monuments that are given the protection of UNESCO – the organisation’s list of Intangible Cultural Heritage is just as vital. But what exactly does it entail? Jennifer Ladonne finds out…

All the world watched in disbelief on April 15, 2019 as Notre-Dame cathedral’s iconic spire toppled, engulfed in the flames that billowed from the roof. The outpouring of shock and grief in the days after the fire underscored the deep place cherished historic monuments hold in the collective psyche and the urgent need to protect them.

But what about the less tangible aspects of culture in danger of fading away before our very eyes? The stonemasons, stained glass restorers, woodworkers and other skilled artisans whose rarefied know-how, passed down since the Middle Ages, is key in restoring the ancient church? It shouldn’t take a tragedy to remind us that our cultural heritage is not only preserved in the natural, architectural and archaeological marvels we cross continents to see, but in the living, evolving expertise, rituals, traditions and customs that unite us with our history, our forebears and, in many cases, each other.

This is the urgent message of UNESCO’s Intangible Cultural Heritage. In contrast with UNESCO World Heritage, ratified in 1972 to protect and preserve humanity’s lands and buildings, Intangible Cultural Heritage, set up only in 2003 with its first inclusions in 2008, considers “cultural identity” and the “non-material”. Those humble, quirky, regional and sometimes invisible bearers of culture, which, be it through modernisation, mechanisation, globalisation or urbanisation, are in grave danger of being lost altogether.

UNESCO counts a total of 584 ‘elements’, as they are called, on the list from 131 countries. Entries are as far-flung as the knowledge of the jaguar shamans of the Yuruparí of Columbia, puppetry in Slovakia, Mongolian calligraphy, Turkish archery, and the Italian Celestinian forgiveness celebration (not to mention Italian coffee, which is currently awaiting a decision), and the gastronomic French meal, inscribed in 2010).

Cécile Duvelle, in charge of UNESCO’s Intangible Cultural Heritage, emphasises the organisation’s mandate: “To safeguard something passed on from the past that is constantly recreated and presently living, imbued with socio-cultural meaning to a community. It is not necessarily beautiful, original, or exceptional but it is always meaningful”.

Of France’s 23 elements so far on the list – which, as of 2020, includes the “craft techniques and customary practices of cathedral workshops” being employed today at Notre-Dame, many are indeed beautiful, original and exceptional.

UNESCO’s mission dovetailed neatly with a keen awareness of the nation’s much-heralded and cultivated – and highly lucrative – savoir-faire, most lately channelled into the French government’s Made in France initiative. But the French dedication to preservation and transmission is nothing new. Compagnonnage, a uniquely French network of apprenticeships linked to the passing down of expertise related to everything from leather to wood to food – and now numbering 45,000 participants – was itself inscribed on the ICH list in 2010. 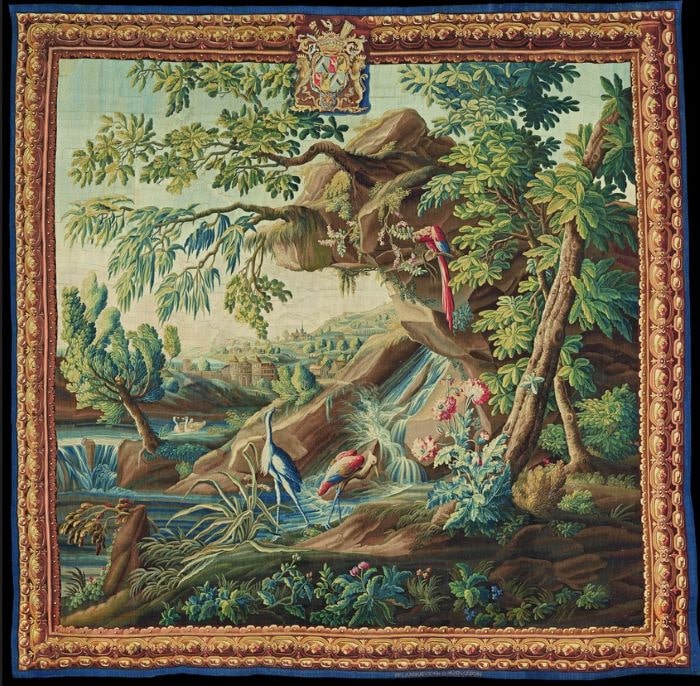 In 1665, in his constant search for ways to replenish the spendthrift king’s coffers, Jean-Baptiste Colbert, Louis XIV’s wily finance minister, instituted a guild system whose aim was threefold: to set the groundwork for a robust network of artisans to supply the king and his courtiers; to cultivate a taste for home-grown expertise (often stolen from abroad, but never mind); and to keep foreign luxury goods from siphoning off French francs. Though successful, the system proved paradoxical, rewarding certain initiatives and stifling others, but it underscored the growing importance of French know-how.

By the time Colbert endowed the Aubusson tapestry workshops with the title Manufacture Royale in 1665, the workshops – clustered in the Creuse region of France, about an hour from Limoges – had been weaving elaborate, richly detailed tapestries for a century. The king’s recognition added prestige and the means to expand throughout Europe. 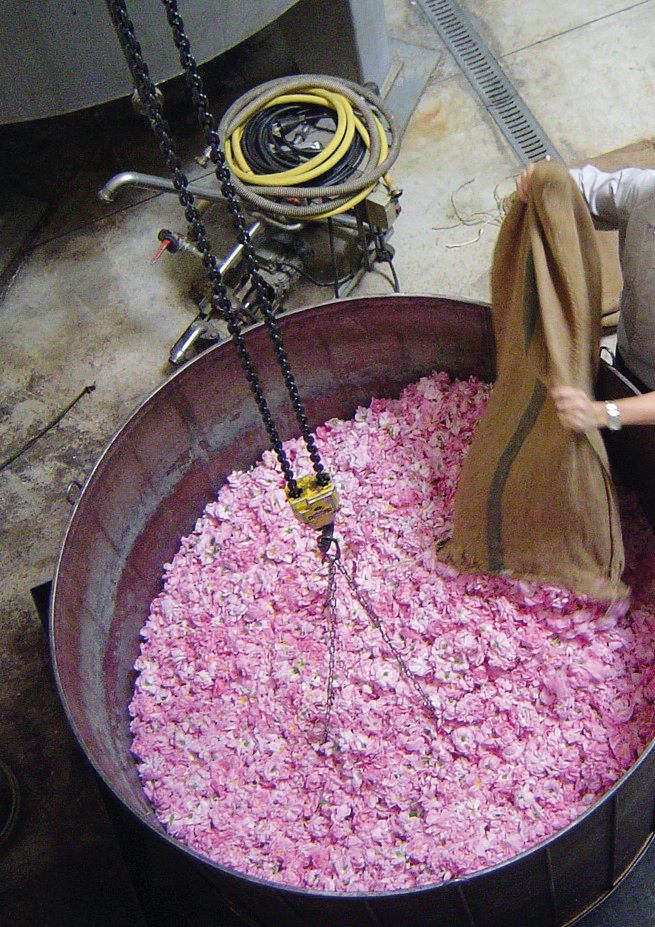 In continuous operation since the 16th century, Aubusson was one of the first French applicants to gain entry on the ICH list in 2010 (after “processional giants and dragons” and “scribing tradition in French timber framing”). Its tapestries and carpets can be found in museum collections around the world, not to mention institutions like the Kremlin and Windsor Castle. With the 2016 opening of the Cité Internationale de la Tapisserie, whose building originally housed the National School of Decorative Arts, craftsmanship and professional training once again took front and centre.

Today around 50 master craftspeople and artists are employed in the Aubusson weaving professions. But the designation also recognises the ‘territory’, along with the expertise of spinning companies, dyers, artist-designers, restorers and others. A recent carpet from the Aubusson Weaves Tolkien collection, designed from paintings made by the fantasy author, took 1,600 hours of work – meaning four consecutive months for three full-time weavers. 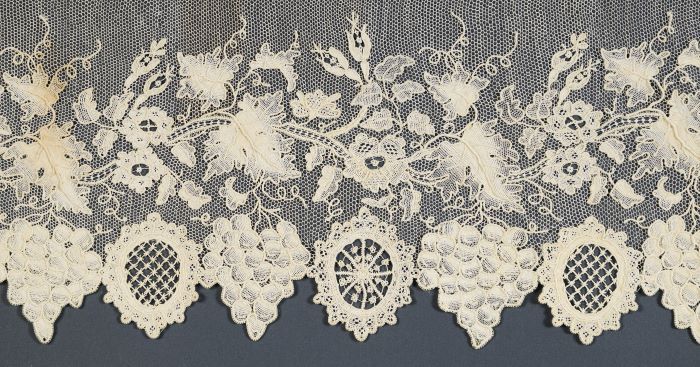 THE LACE MAKERS OF ALENÇON

While draping their palace walls with sumptuous tapestries, Louis XIV’s courtiers were busy draping themselves in cascades of Alençon lace. Considering it takes a lacemaker seven hours to create one square centimetre of this exquisitely detailed fabric, its use was something only nobles and royals could afford. Though the lacemakers of Alençon – some of the earliest in France – were already established in Normandy by the late 15th century, until the reign of Louis XIV, and Colbert, lacemaking was limited to small, independent cottage industries strewn about the Norman countryside.

Colbert gathered his private shareholders, lured lacemaking talent from Venice and centralised the flourishing cottage industry, which employed hundreds of lacemakers in villages and convents.

And a lucrative industry it was. In 1739, when ‘Madame’, the eldest daughter of Louis XV, married the Prince of Spain, the bill for her lace-trimmed linen alone came to more than 33,000 gold francs (£25,000). Considering that a single flounce for a dress could take 36 women 18 months to complete, this was by no means exorbitant. 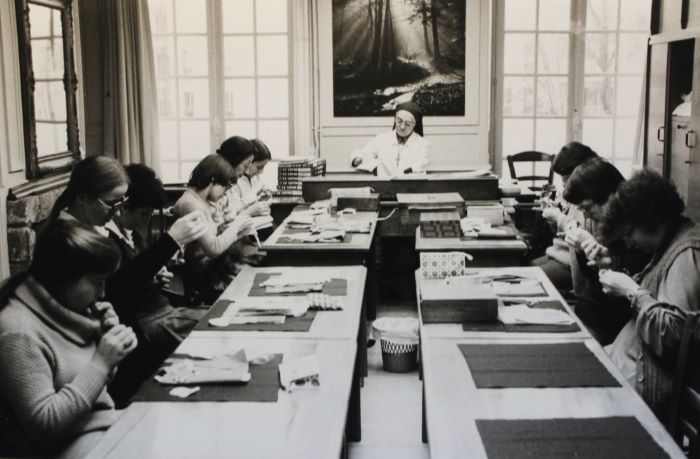 But by the 19th century, high-quality machine-made lace was elbowing out the meticulous and staggeringly time-consuming practice of making it by hand. In the 1950s, although Alençon lace was still winning international prizes and furnishing the Vatican and the royal courts of Europe, handmade lace was reduced to a quickly waning cottage industry.

“The lacemakers at the Atelier National du Point d’Alençon are the last holders of the expertise”, said Johanna Mauboussin, curator and director at Alençon’s Musée des Beaux Arts et de la Dentelle. “Inscription of that know-how on the UNESCO list is a turning point. It is the recognition of the specificity of a practice and its mode of transmission. For all those involved in its safeguard and its enhancement.”

One irony, and another reason UNESCO sees its task as so urgent, is visibility: how can we care about what we don’t see? We may not even notice these elements until they’re gone. Take one of the most famous perfumes in the world, Chanel No.5. 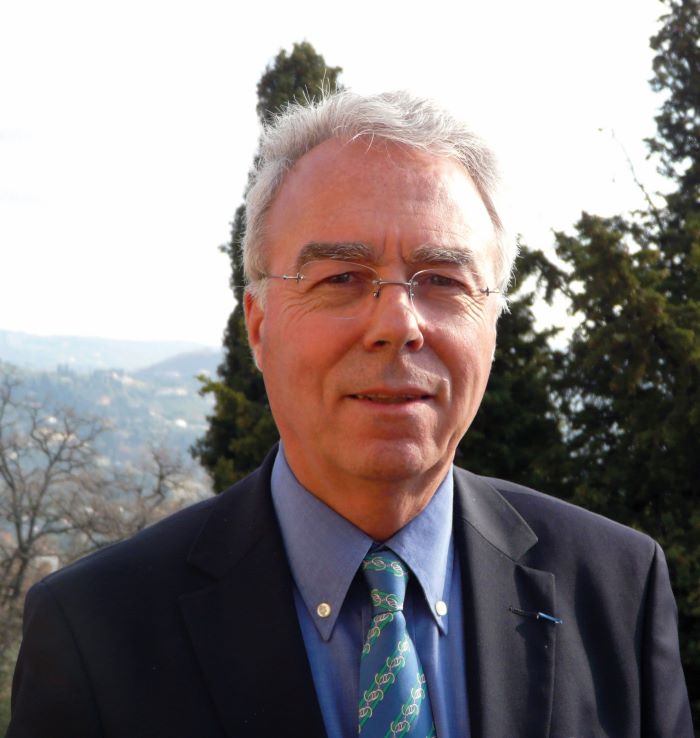 On the gently sloping hills outside Grasse, a few miles from the Côte d’Azur, rows of tuberose, iris, May rose and jasmine scent the summer air. Few would guess that these fragrant fields are part of a billion dollar industry, essential to dozens of the world’s most cherished perfumes. Names like Hermès, Dior and Chanel assure the consistency of some of their top-selling fragrances via exclusive contracts with the old Grasse families who for generations have grown the flowers and produced the absolutes (highly concentrated oil obtained from raw flower petals) integral to their formulas. Chanel was one of the first to procure a contract, in the 1980s, in order to ensure a constant supply of the May rose and jasmine absolutes vital to Chanel No.5.

“If you change the quality of the raw materials, the quality of the crop, and you have even a very tiny difference in the ingredient, the customer will notice it very fast”, said Philippe Massé, the president of PRODAROM and ASFO, prominent Grasse organisations responsible for the preservation and transmission of every aspect of Grasse perfumery, from cultivation and extraction to regulation and education. Considering that a bottle of Chanel No. 5 is sold every 30 seconds, this is not to be taken lightly. 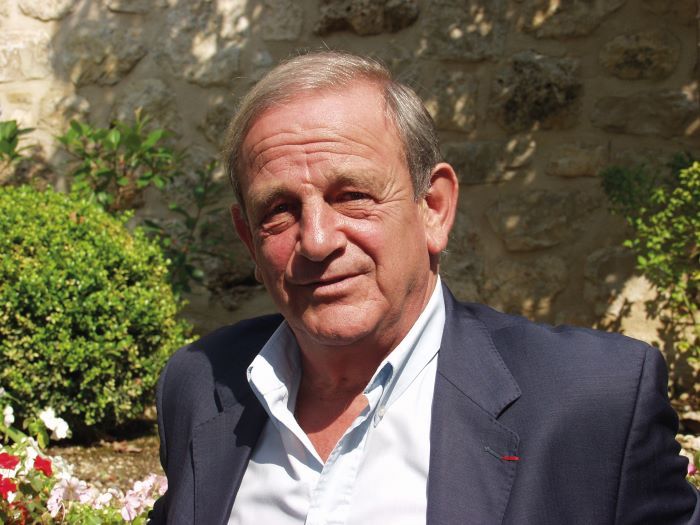 Jean-Pierre Leleux, former mayor of Grasse, fought to have the skills of the town’s perfume industry recognised

Jean-Pierre Leleux, a Grasse native and mayor from 1995 to 2014, spearheaded the effort to gain UNESCO status in order to safeguard the know-how specific to Grasse that can be traced back to the Middle Ages. It took ten years, but inclusion – which was granted in 2018 – has spurred renewed investment in the land, and the sustainable practices that will help bolster the health of the industry and the continuation of its very particular skills. It is above all the human element that distinguishes an “intangible” culture from a landscape or a monument. “The inscription was received as much by the growers of perfume plants as by the experts in natural raw materials and the artist-perfumers themselves as a tribute, powerful and deserved, to all these past generations who have made Grasse and the Pays de Grasse what they are today,” said Leleux.

Most of all, intangible culture is about individuals. The human beings who together create and pass along the customs that provide those most intangible and unifying things of all: meaning and spirit.

No one could tell you the exact origins of the Brandon Festival. Also known as Saint-Jean, this ancient fire ritual is celebrated at the summer solstice by at least 88 French villages in the Pyrenees, at the country’s southernmost border, as well as by villages in Andorra and Spain. But a 90-year-old villager can tell you what it felt like as a child, a teenager and an elder to participate in the yearly celebration, inscribed on ICH list in 2015. 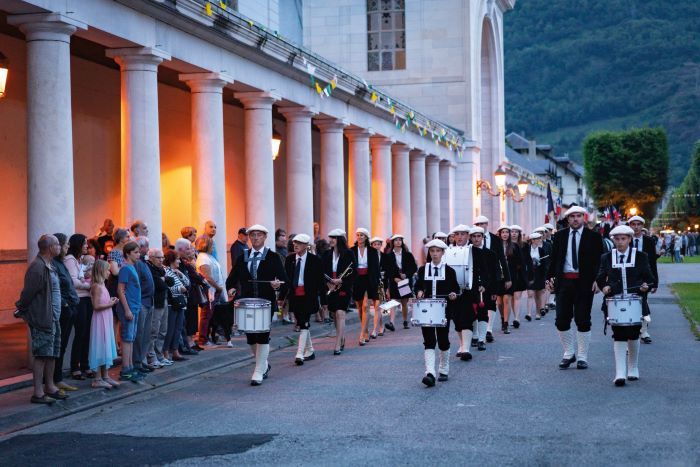 Luchon’s Brandon Festival, which is celebrated in villages in the Pyrenees in France and across the border © ANTHONY GONZALEZ

“This cultural practice is ancient, dating back to pre-Christian cults, but it is difficult to establish its precise history,” said ethnologist Mathilde Lamothe, a scholar of the festival. “The fire of Midsummer’s Day evolved in its religious functions by being first associated with pagan solar worship. After this pagan period, Christianity incorporated the practice into its religious calendar and associated it with a highly important figure, St John the Baptist, cousin of Jesus.”

Villagers prepare for the festival for months ahead and everyone has a role. A tall tree, which will become the ‘brandon’, is felled and prepared by stripping the bark and driving in an elaborate system of handmade wooden wedges. Children and adolescents make smaller brandons to be used as flaming torches and to light the central fire in the village square.

At nightfall, villagers carry the torches down the mountain, lighting beacons along the way, which is sometimes viewed as a rite of passage from adolescence to adulthood. Dancing, feasting and merriment ensue. In the morning, the embers are collected to mark homes for luck in the coming year – and sometimes graves, to show past participants that they are still remembered.

“The main function remains a moment of reunion of communities – the social network, family network – which strengthens social ties and a collective identity around a common culture,” said Lamothe.

Read more about the Intangible Culture Heritage list at ich.UNESCO.org

Previous Article Restaurant Review: George’s in Île De Ré
Next Article Get Away from It All in Burgundy