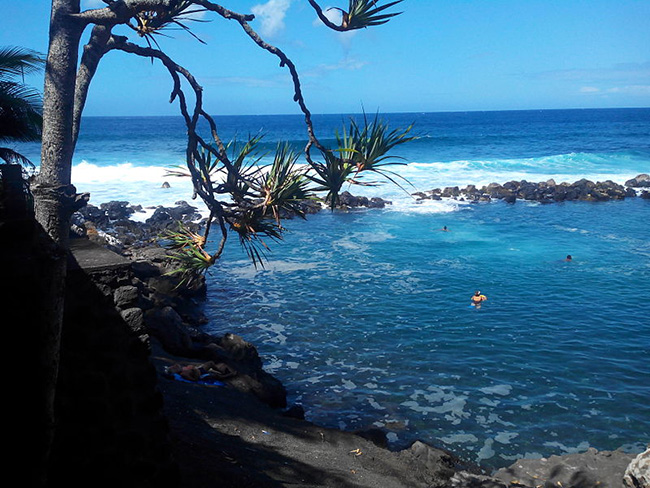 From Guadeloupe to Martinique, there are plenty of French islands to discover. Anthony Rosemond, the owner of Pastreez, a bakery that delivers macarons across the U.S., has lived in many of them including Réunion. On his blog at Pastreez, he helps customers find the best macaron delivery online and answer questions like “What is a macaron?” Here, he gives an overview of the island and whether it’s worth the 12-hour flight.

La Réunion is located in the Mascarene Islands in the Indian Ocean, east of Madagascar and southwest of Mauritius. It is known for its delicious local food and spectacular scenery including several dormant volcanoes and one very active one!

Although La Réunion is traditionally thought to have been discovered during the Portuguese expeditions in the 1600s, there is evidence that it may have been included on a map dating back to 1153 AD created by Al Sharif el-Edrisi. Ancient Indonesian–Malaysian sailors might also have come across the island on their way to Madagascar.

The French East India Company established a port there in 1665 and Réunion remained a French colony until 1946 when it gained the status of Département d’Outre-Mer like Guadeloupe, Martinique, and several other French islands.

The Piton de la Fournaise is one of the last active volcanoes on Earth. It is so active that every year, local authorities have to rebuild entire streets because magma has destroyed them.

I was lucky enough to experience Le Piton de la Fournaise erupting back in 2016. I have to add a warning here though as I didn’t know that at the top of the volcano it was below 0°C. Yes, it was freezing. So, my wife and I drove three hours and had to come back home because we were in shorts.

But we went back the next night fully equipped. At night, it’s much easier to see the magma. Under the cover of darkness, we could feel and see the magma coming out of the ground. I would definitely recommend the experience.

This huge volcano is located in the centre of the island. Because of the volcano, you’ll find that most beaches in Réunion are made of black sand. So if you’re looking for tons of breathtaking white sandy beaches to choose from, Réunion is not the place to go (though there are some exceptions). However, you’ll find great tracks for bikes and amazing hikes.

You can find a few white sandy beaches © Samuel Hoarau

Being a French chef and founder of Pastreez, I must admit that I have a sweet tooth and I’ve put that knowledge to use by answering questions like “How long do macarons last?” and many more on my blog. However, I love the food in Réunion because it mixes savoury and sweet. Also, as it’s in the Indian Ocean, there is plenty of Thaï, Indian, and Vietnamese food.

My personal favourites are called bouchons, which are small bites of steamed meat in a rice paste – similar to spring rolls. You can eat it in so many ways: as an appetiser with soy sauce or as a main course.

But is Réunion Island really worth it compared to the Caribbean?

Well, it depends on what you are looking for, and where you’re travelling from. Continental France is nearly a 12-hour straight flight — a big commitment! So, to fully enjoy your trip, you need to make sure you can stay at least a week to recover from the journey and any jet lag.

If you’re travelling from the United States, personally, I would say to forget about Réunion Island. It takes 11 hours to go to Paris, then another 12 hours to go to Saint-Denis of la Réunion. It’s too far unless you are staying for over a month.

Instead, try the French West Indies in the Caribbean. Saint-Martin is very accessible from the US with direct flights from Florida. Plus, it is only a couple of hours away.

Is Réunion worth the flight?

Réunion is not a “typical” island. You won’t find beautiful white sand beaches there. So if you go all the way there, prepare to hike and bike. But to be honest, the food at La Réunion is the best compared to other French islands, especially the bonbons made with locally grown cocoa and chocolate.

Previous Article Our Top Picks to See and Do in Normandy
Next Article Lacoste: A Village Reborn